Cardano (ADA) price has had its performance review as the summer kicks off. ADA bulls are returning home with not-that-good a scorecard, and the underperformance could cut short holiday funding for the cryptocurrency. As it looks to be a nervous midyear, dominated by geopolitical and macroeconomic themes, ADA prices do not look set to enjoy a summer in the sun.

Cardano price is returning home without a good performance report before the summer hols. Quite a few D’s and F’s are on the scorecard as investors checking their balances discover that they have poured in more money than they got in return over the past few months. Investors are likely to reshuffle their portfolios for the summer and lower their stake in Cardano if they do not throw it out in full.

ADA price is thus set up for a tiered drop to the downside towards $0.424, printing a new low for June, and after that the monthly S1 at $0.372. That level could spell danger as it is the last line of defence for ADA price before opening up a pasture where bears could pull ADA price towards a 70% loss, printing $0.111 on the scoreboard. Expect that last scenario to unfold on the back of further and quicker monetary tightening from the Fed or Russia retaliating against an EU country in answer to the buildup of NATO forces on the eastern border. 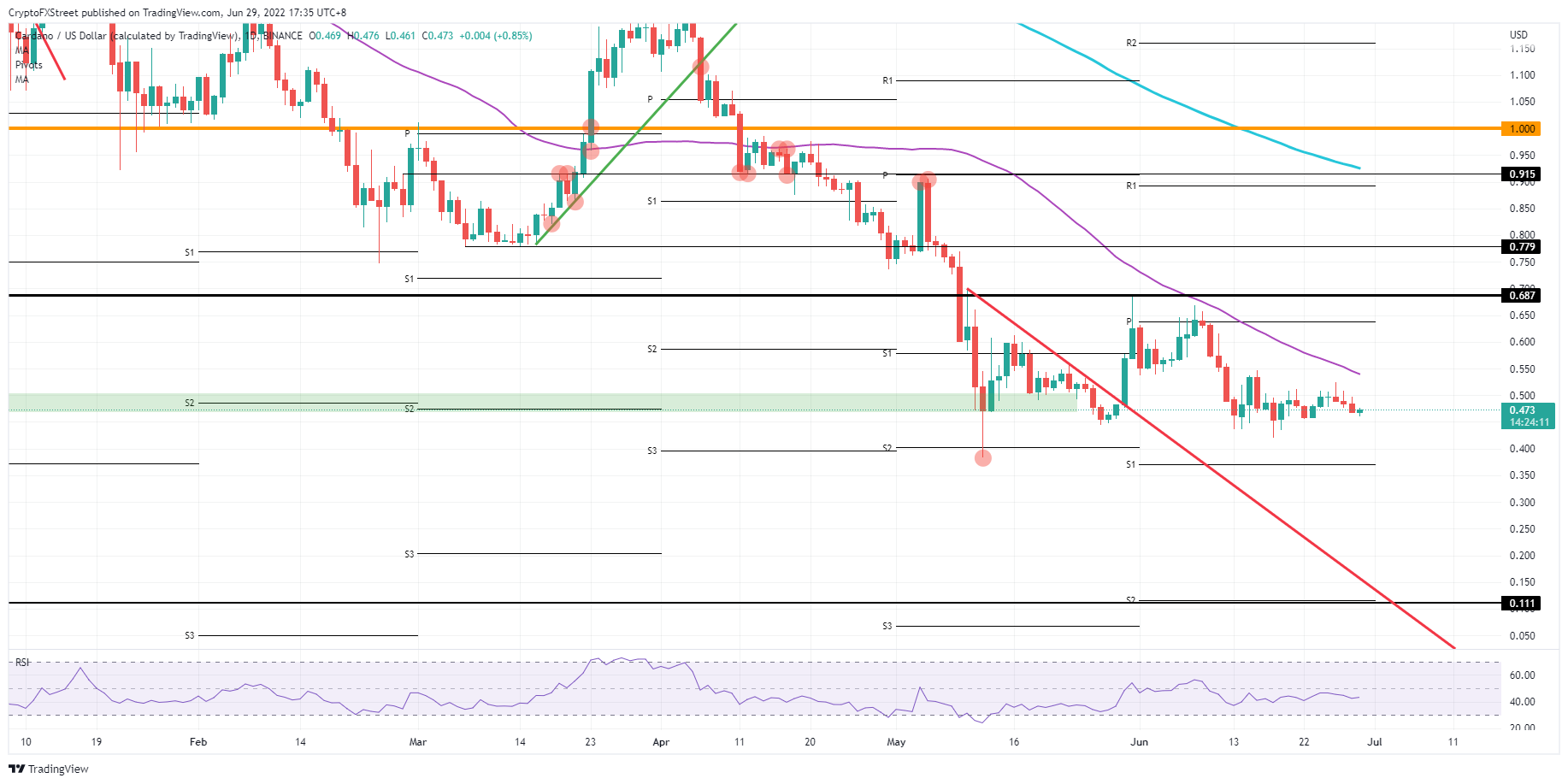 The holy grail that could save Cardano price from a further downturn could either be the US finally hitting a recession, or cryptocurrencies starting to dislocate from wider global markets. That would only come about from independent traders absorbing the weight of hedge fund and institutional positioning. In such a scenario, ADA price might advance whilst global markets are tanking, and could hit $0.55, to try to break the chains of the death cross, by trading above the 55-day Simple Moving Average.