VeChain price looks ready for a leg up as the bulls have been awakened. VET appears to be primed for a short-term trend reversal before it faces further challenges that could hinder the asset’s long-term outlook.

VeChain price is aiming for a rebound after setting a new monthly low at $0.0633. VET has continuously recorded lower lows and lower highs since June 29, unable to galvanize investors’ enthusiasm.

VeChain price is not showing clear cues as to directional intentions. However, VET is eyeing an opportunity for a trend reversal to the upside as it has potentially bottomed out.

The Momentum Reversal Indicator (MRI) flashed a buy signal on the 12-hour chart on the July 16 candle, potentially setting the local bottom for VET. Adding credence to this bullish theory is the Relative Strength Index which suggests that VeChain price was oversold.

Now, VeChain price appears to be setting its sights on a 17% ascent at the 50 twelve-hour Simple Moving Average (SMA) at $0.079. Investors should note that there must be a spike in buying pressure for this target to be on the radar. 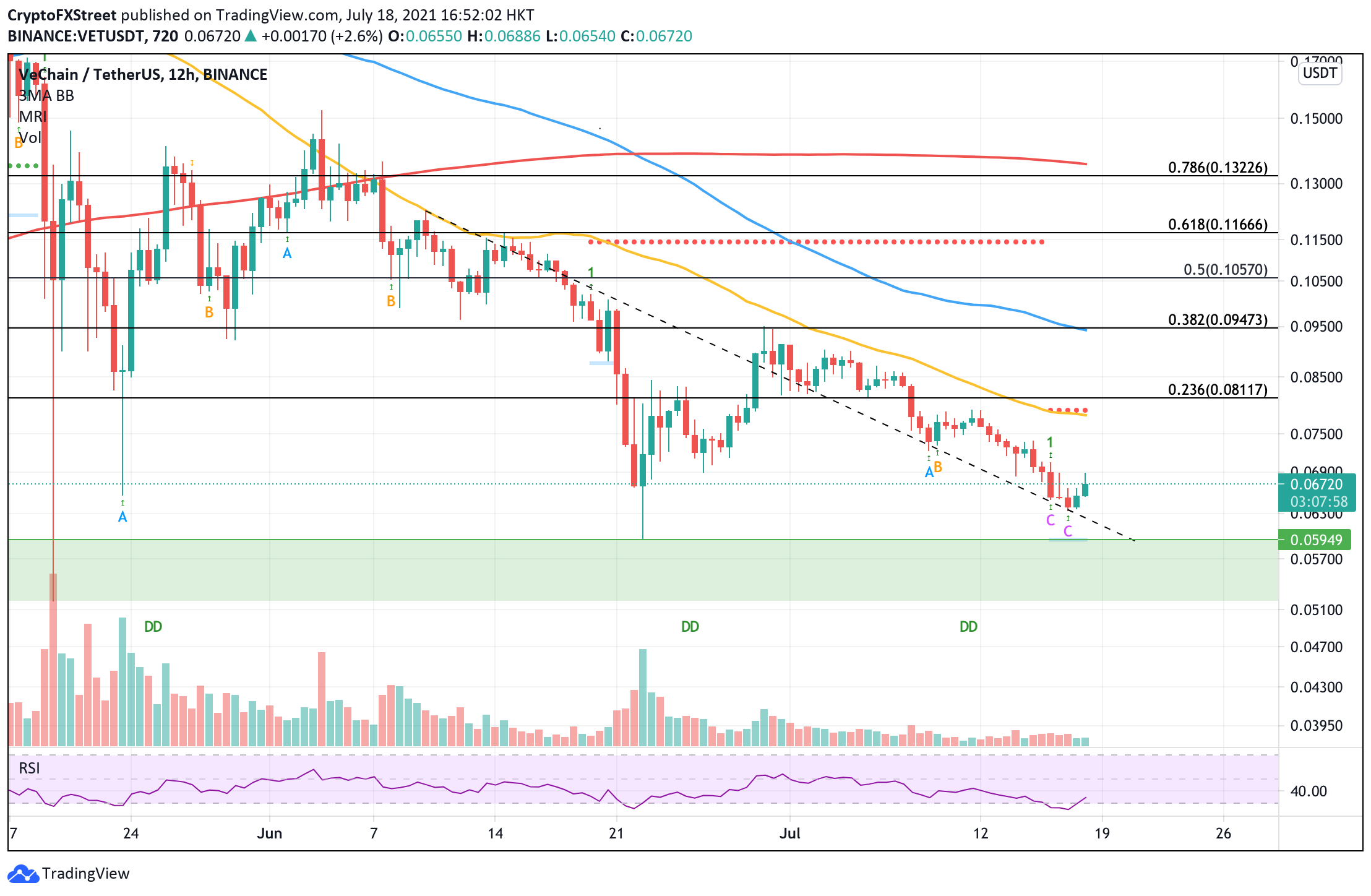 Despite the potential bullish outlook, VeChain could still potentially suffer from a bull trap if the traction is momentary, not leading to a significant surge higher. The first line of defense can be found along the declining trend line, at $0.0622.

However, if VET bears take control and eventually materialize the reversal of fortune, VeChain price could see at least an 11% decline to $0.059 to the June 22 low.

Heightened selling pressure could push VET further below into the demand zone, which ranges from the May 19 low at $0.052 to $0.059.

The lackluster trading volume suggests that even if VeChain price achieves a 17% recovery, VET could still be vulnerable to further correction.