TRON price has been stuck trading inside a massive bearish pattern for more than a year. Although TRX came very close to triggering a bearish breakout, buyers stepped up and reversed the trend. If this development continues, there could be a bullish breakout for the altcoin.

The technical formation forecasts a 60% downswing to $0..0237 on the breakdown of the $0.0581 support level, which is obtained by measuring the distance between the first swing high and swing low and adding it to the breakout point at $0.0581.

TRON dropped roughly 18% between August 15 and September 26 and tagged the descending triangle’s base at $0.0581. However, the sellers did not have the oomph to push it lower, but buyers, on the other hand, made a comeback and reversed this trend.

As a result, TRX rallied 8.3% and is currently hovering at $0.0631 and could continue on this path until it sweeps equal highs at $0.072. This move would constitute a 15% gain and is likely where the upside is capped for the TRON price.

However, a weekly candlestick close above the descending triangle’s hypotenuse would constitute a bullish breakout. This series of events could trigger a 60% run-up to $0.115, depending on the market conditions. 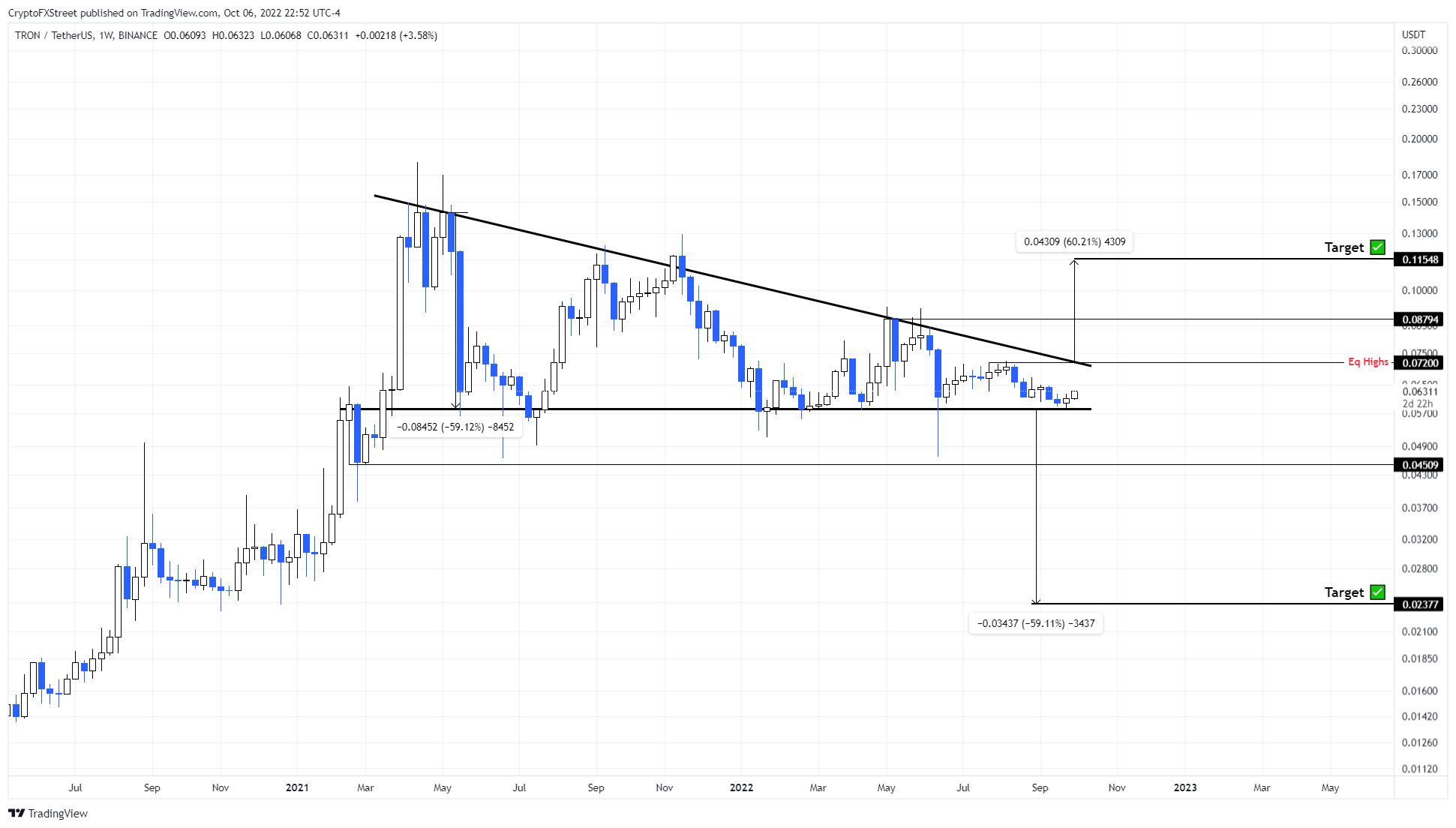 While things are looking up for TRON price, a weekly candlestick close below the support level at $0.0581 will trigger a bearish breakout from the descending triangle and invalidate the ongoing bullishness.

Although the forecast is an extremely bearish one, market participants can expect a minor bounce around the immediate support level at $0.0450.

The video attached below talks about Bitcoin price and its potential outlook, however, this is still relevant as it is likely to influence TRON price.