The Justin Sun cryptocurrency can be seen adhering to the bearishness persisting in the market generated due to the recent crashes. Tron investors, however, do not seem to be pulling away from the crypto network, as their recent behavior points to them taking a more bullish stance.

Tron investors bump it up

On-chain data shows that, over the last week, the entire crypto market and international markets were holding back, anticipating a 0.75% interest rate hike from the Fed. However, it did not affect Tron investors as they continued making their presence felt in the space. Within this week, their average daily transactions shot up from 3.65 million to 5.69 million. 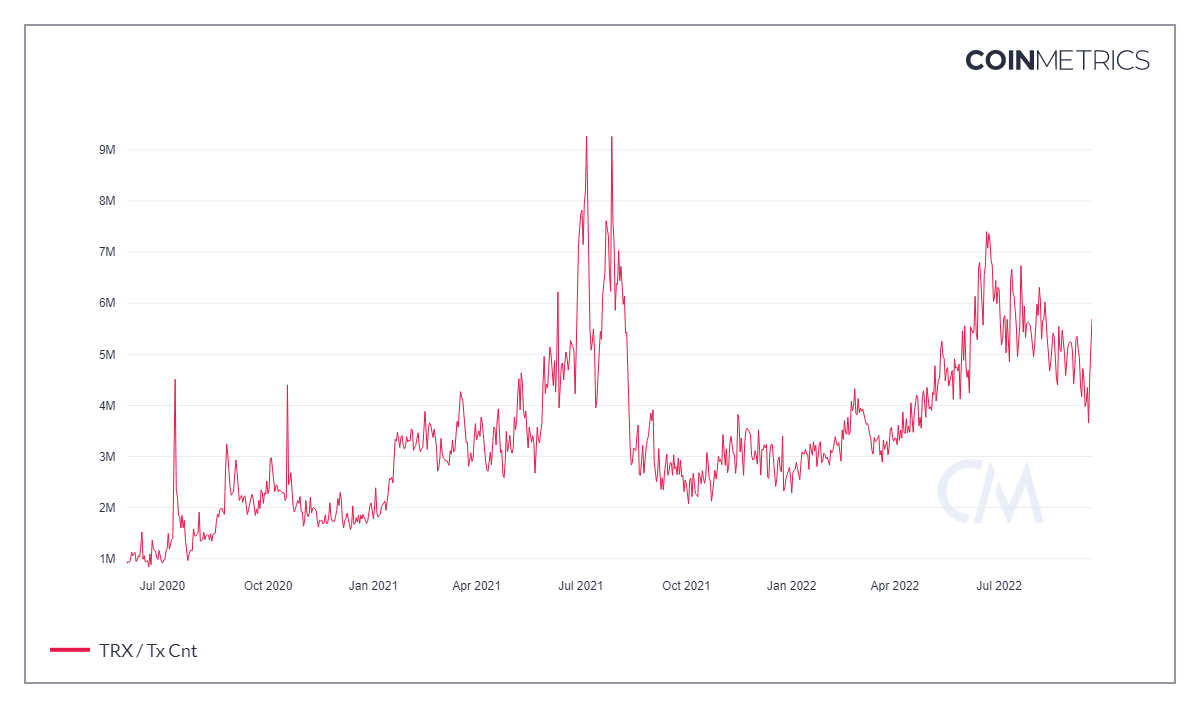 But a similar growth was not observed on the charts since TRX fell to a three-month low after failing to breach a 17-month-old downtrend that has been in place since April 2021. However, the price drawdown has not been as significant, with TRX only falling by 16% in the span of a month.

Tron can turn this around once buying pressure returns to the market. As observed on the Relative Strength Index (RSI), selling pressure has not dissipated despite the increased activity, which is why the recovery has been difficult on the charts.

Backup from the DeFi market

Even though on the spot front, TRX’s performance has not been outstanding, it still is the second biggest DeFi network in the world. In comparison to the rest of the top 10 DeFi chains, Tron has been one of the better performers. It lost only 12% of its TVL over the month, while the likes of Polygon fell by 35%. 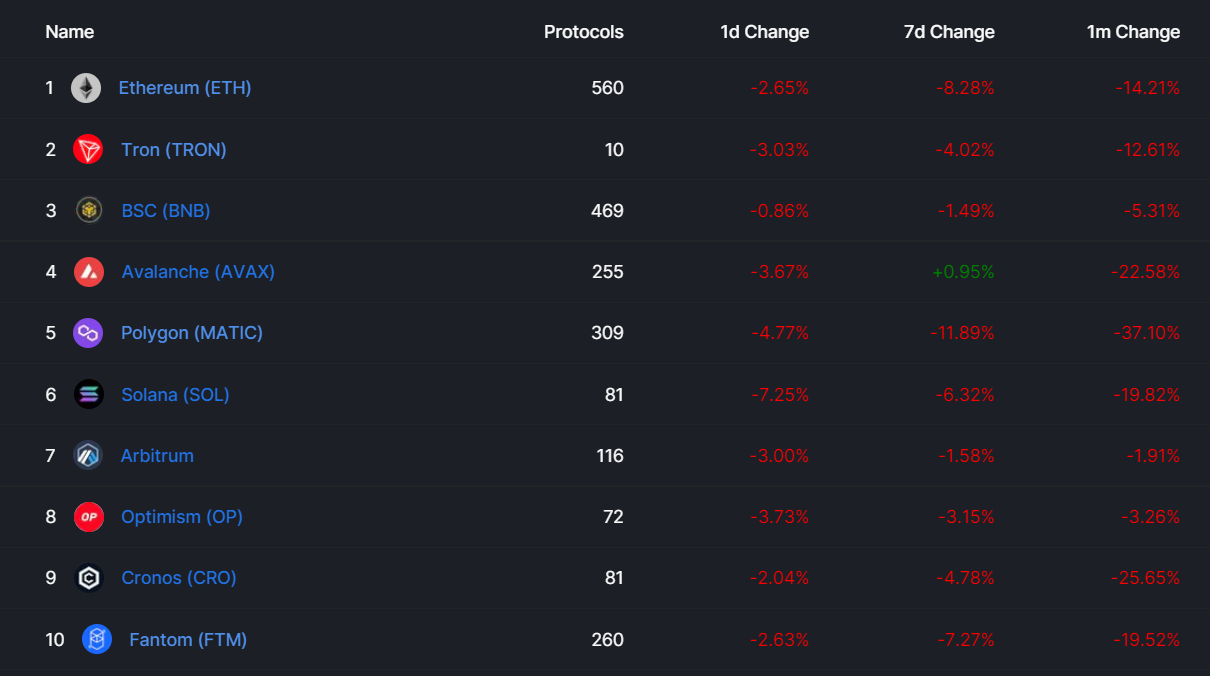 If that bullishness can be channeled into the spot market as well, Tron might have a shot going forward in breaching the long-standing downtrend.