Bitcoin has finally made a 'meaningful' spike above $50,000. The recent move occurred after the flagship token tested support at $48,000. Meanwhile, bulls are focused on higher levels towards $60,000, but BTC is dancing slightly above $50,500.

The leading smart-contract token, Ethereum seems to have settled above $1,800, but the rest of the journey to $2,000 remains bleak. As for Ripple, recovery of the lost ground beyond $0.6 is another uphill task. On the other hand, Dogecoin's technical picture continues to look bearish, implying that the 'Elon Musk' effect is gradually fading away.

Coinbase, the most prominent cryptocurrency exchange in the United States, is listed on Nasdaq. According to Arcane Research's statement, FTX Official has given the company an "implied valuation of $92.2 billion." Note that this valuation is nearly 10% of the prevailing Bitcoin market cap. 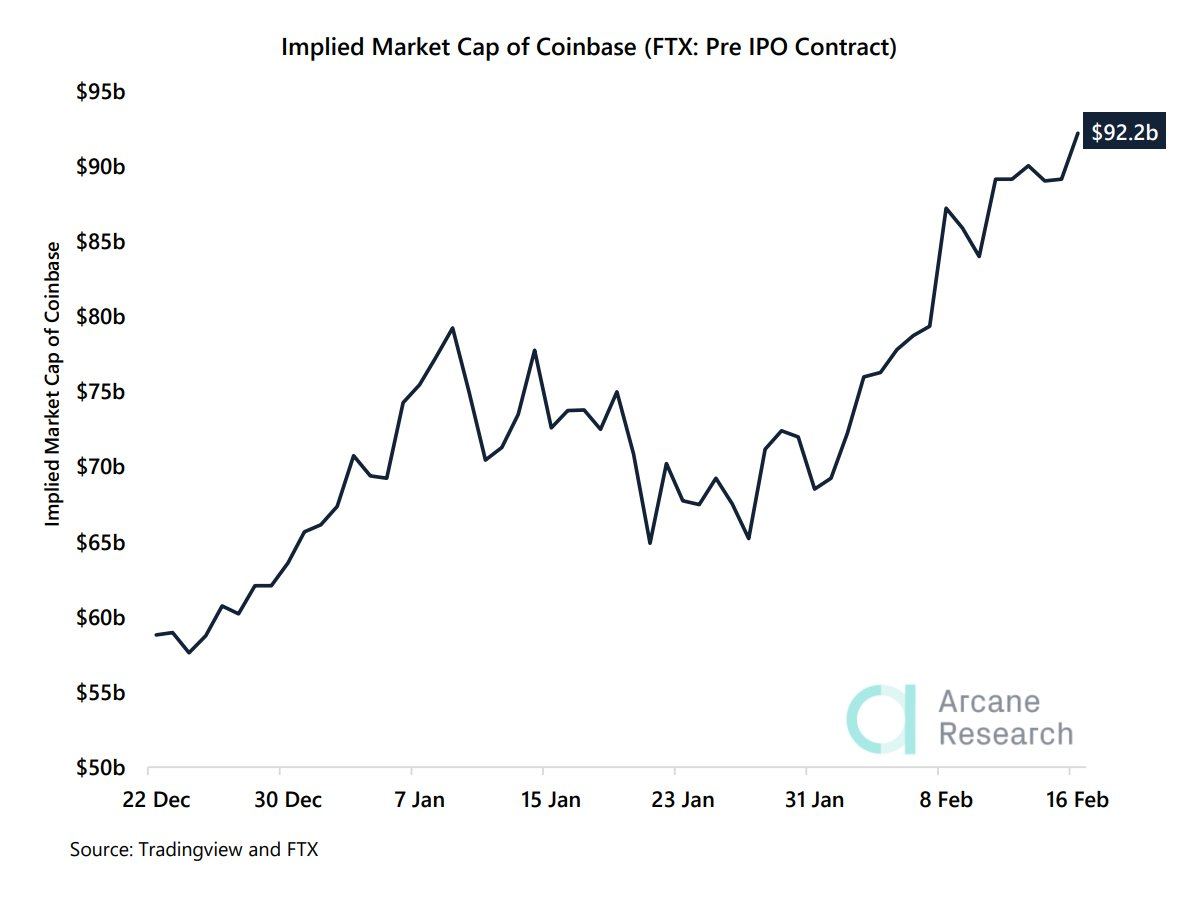 Bitcoin is hovering above $50,500 as bulls remain glued on the anticipated upswing to $60,000. The Relative Strength Index shows that the trend has a bullish impulse. Besides, the price has just broken above the ascending parallel channel, insinuating price discovery toward $60,000 is catching momentum.

As explained, Bitcoin is primed for a leg up because it is yet to hit overbought conditions. However, the MVRV Z-Score shows that a spike above $50,000 will quickly bring Bitcoin to this level, leading to a correction before another all-time high.

Ethereum has made little progress since it broke above $1,800. The path to $2,000 is becoming challenging by the day, but the recent upswing appears to have secured support at $1,800. At the time of writing, Ether is doddering at $1,810 while bulls focus on lifting the price higher.

On the downside, Ethereum is sitting above the 50 Simple Moving Average (SMA), cementing the bull's position in the market. Holding above this key indicator will allow buyers to focus on levels heading to $2,000.

For now, the least resistance path is upward based on the RSI (4-hour chart). Movement into the overbought region will validate the much-awaited upswing.

It is worth keeping in mind that Ethereum staying above $1,800 does not guarantee price action to $2,000 because more resistance may hinder movement at $1,880 (an all-time high). On the other hand, losing ground above $1,800 will be detrimental to the progress made, perhaps may lead to losses eyeing $1,700.

Ripple inches closer to a breakout

XRP bounced off short-term support at the 4-hour 100 SMA, allowing bulls to take control over the price. This led to a spike above $0.5 while paving the way for potential gains past $0.6.

At the time of writing, Ripple is teetering at $0.54 as bulls fight the crucial resistance at the 50 SMA in conjunction with the descending parallel channel's upper boundary. If XRP slices through this zone, action may intensify, sending the price toward $0.65.

On the downside, Ripple is supported by the channel's midline as well as the 100 SMA. Rejection from the 50 SMA will force Ripple to retest the near-term support. If declines extend, buyers will be looking toward $0.45 (lower boundary of the channel) and $0.4 for refuge.