Bitcoin price finds strong support against key Ichimoku levels, but buyers have seemingly dried up. Ethreum price may be positioning for a retest of the Tenkan-Sen or Kijun-Sen. Ripple is likely to outperform Bitcoin and Ethereum if it can find buyers. 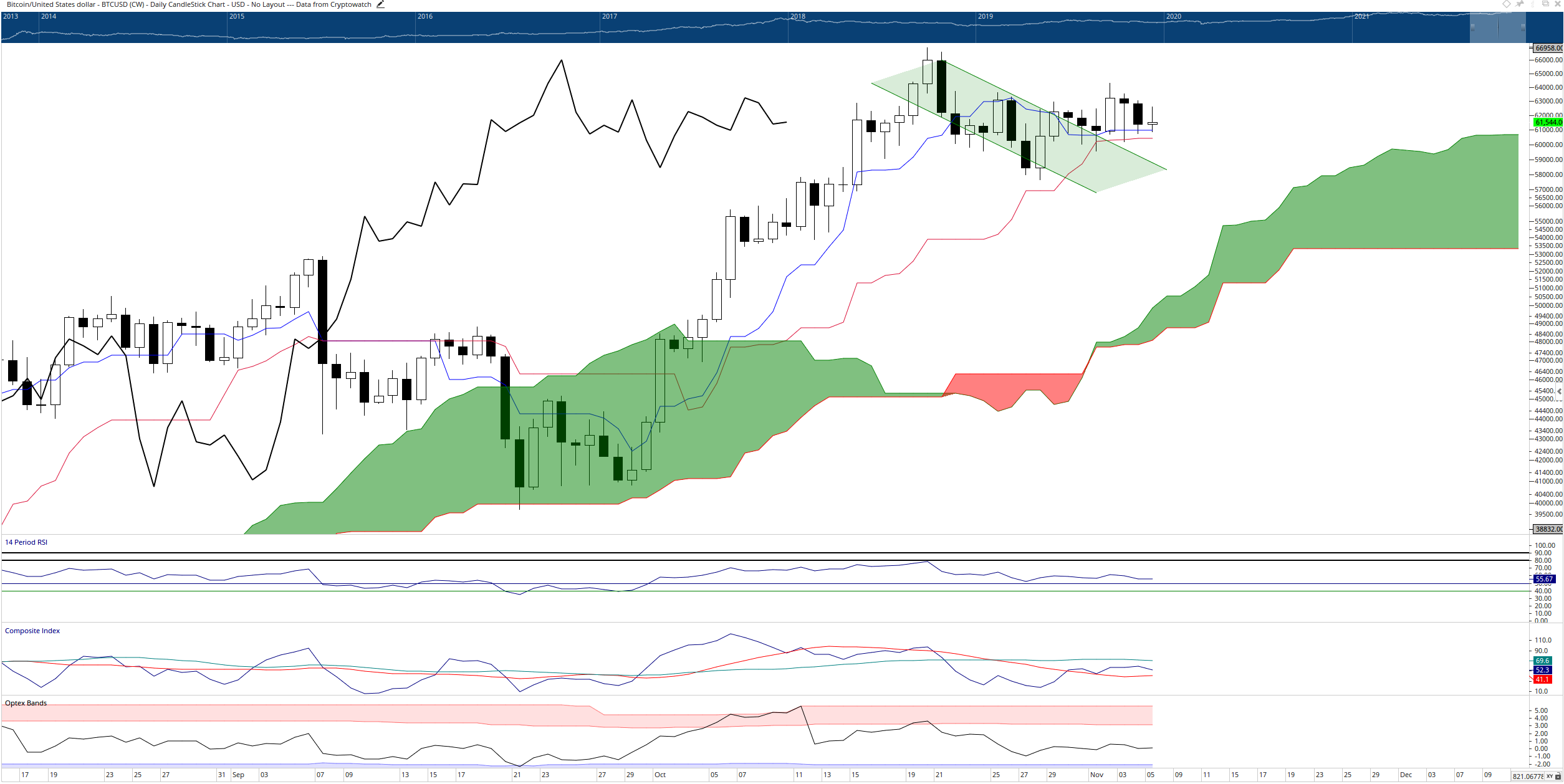 Any continued bullish momentum will be invalidated if Bitcoin price closes below the October 26th swing low of $58,317.

Ethereum price did not experience much buying follow through after hitting new all-time highs on Wednesday. But it hasn’t sold off either. The closest support level acting as support is the 61.8% Fibonacci expansion at $4,493. However, Ethereum may consider closing the gap between the bodies of the last three candlesticks and the Tenkan-Sen. If that were to occur, then Ethereum would dip down to $4,280. Absent any buying at the Tenkan-Sen; sellers may push Ethereum to the Kijun-Sen as $4,000. That is the final Ichimoku support level before Senkou Span B at $3,350. 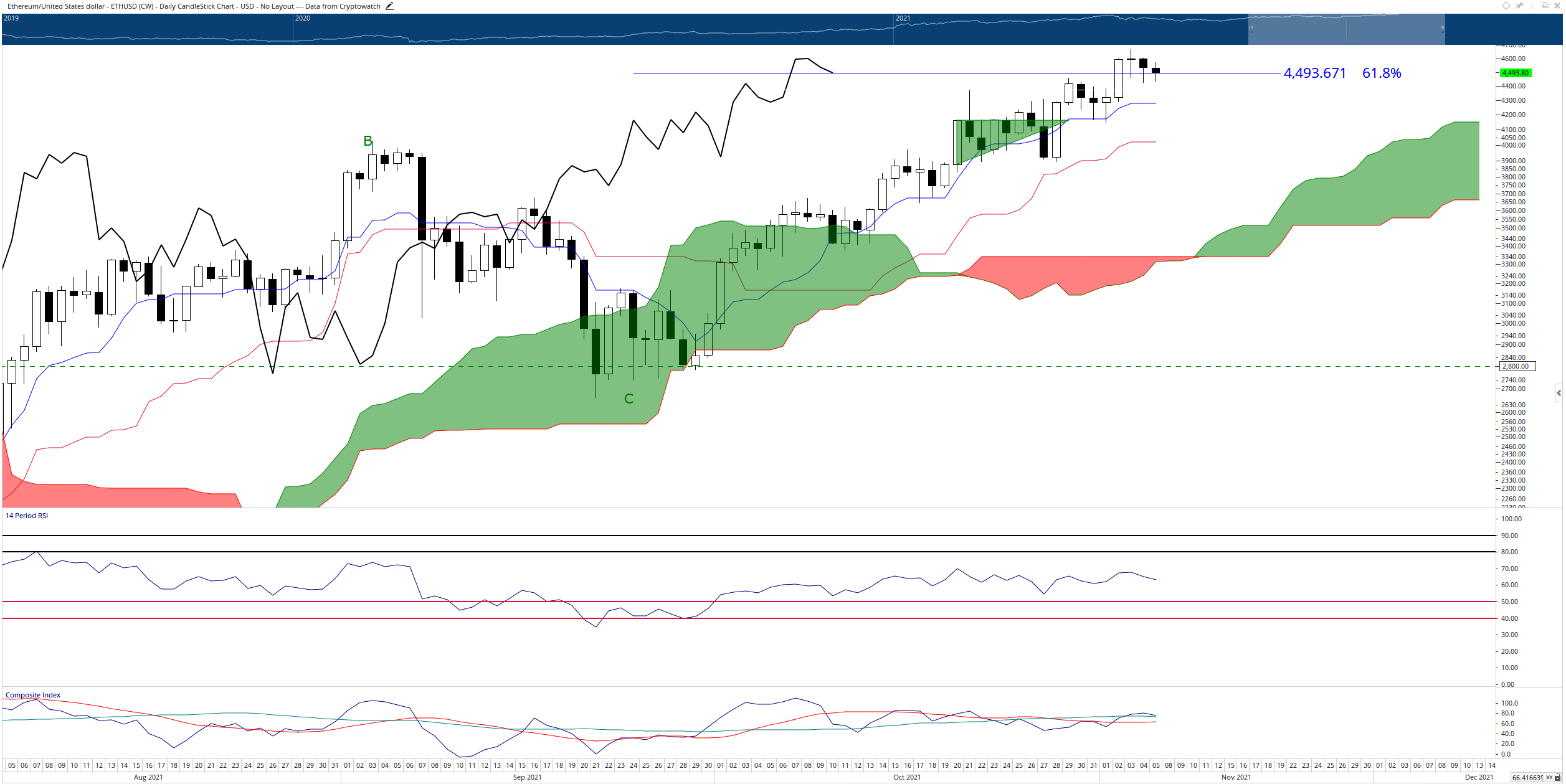 While a sell-off appears unlikely given the current bullish sentiment and inflows into the altcoin market, the dangers to the downside remain. But any new all-time high could likely invalidate any deeper retracement. This is especially true of Ethereum holds the $4,500 and develops a new floor.

XRP recently broke out above the Cloud on Wednesday with a substantial 7% gain. Since then, XRP price has traded lower. The current price action is likely just a retest of the breakout – a necessary move to begin any new uptrend. If Ripple finds buyers to maintain support at $1.15, market participants may see new two-month highs and a probable push towards $1.50. 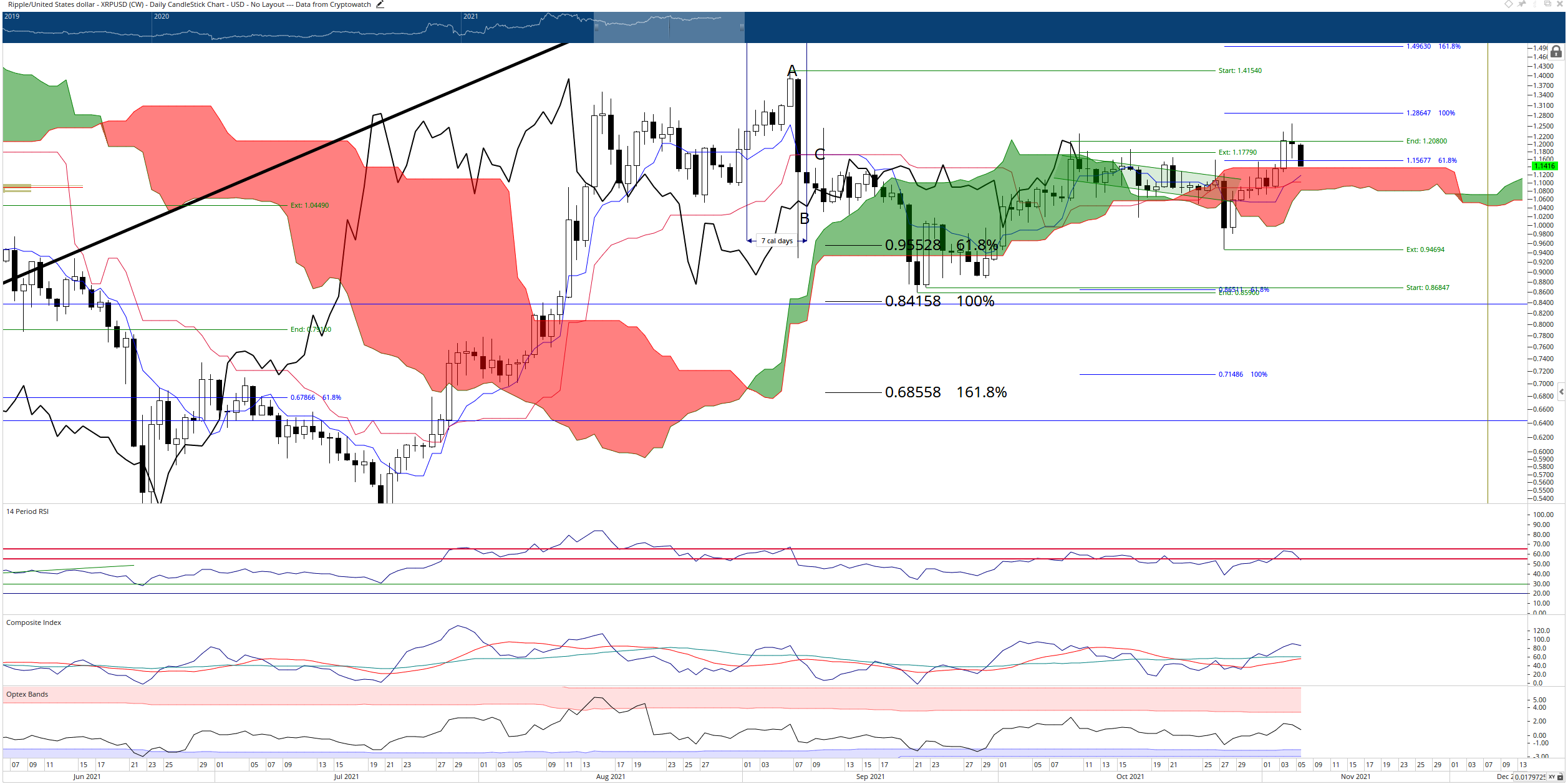 If Ripple were to face a sell-off and a daily below $0.99, that might be the death knell for any hope of bullish momentum in 2020.