Tezos (XTZ) price action is printing a staggering performance in just a slim two months with 62% gains after bouncing off $1.19 and nearing $2. Momentum and the daily price chart still point to more upside potential, but traders must bear in mind that the window of opportunity is starting to close as seasonality is set to kick in, with September known as the worst performing month for cryptocurrencies over a five-year track record. Additionally, several Fed members have come out these past few days and over the weekend and said that investors should not focus on early rate cuts at the beginning of 2023, as the Fed will keep hiking until inflation is near 2%, with no forward guidance and rate hikes projections heavily dependent on economic data.

XTZ price bears another 35% of gains

Tezos price action is like other major cryptocurrencies enjoying the hot crypto summer that goes hand in hand with the equity rally. More upside is probably still on the cards but there is also an expiration date on that rally. As we near mid-August, September is just around the corner, and historical data shows that September is often a very negative month for cryptocurrencies, giving a conscious trader an edge and advantage to trade the rally profitable and get out in time.

XTZ price sees higher lows and, on the top side, bears being pushed against the monthly R1 at $1.96. With that squeeze, a pop looks inevitable and could see XTZ price quickly printing $2 and possibly $2.20 near the monthly R2 by next week. The end game of the rally will probably be at $2.60, with the monthly R3 and the 200-day Simple Moving Average (SMA) as key bearish elements limiting any upside potential. With respect to the earlier mentioned seasonal effect, that level is projected to be reached by the end of August and beginning of September, before a correction and decline will unfold back towards $1.60 with the 55-day SMA as the backbone. 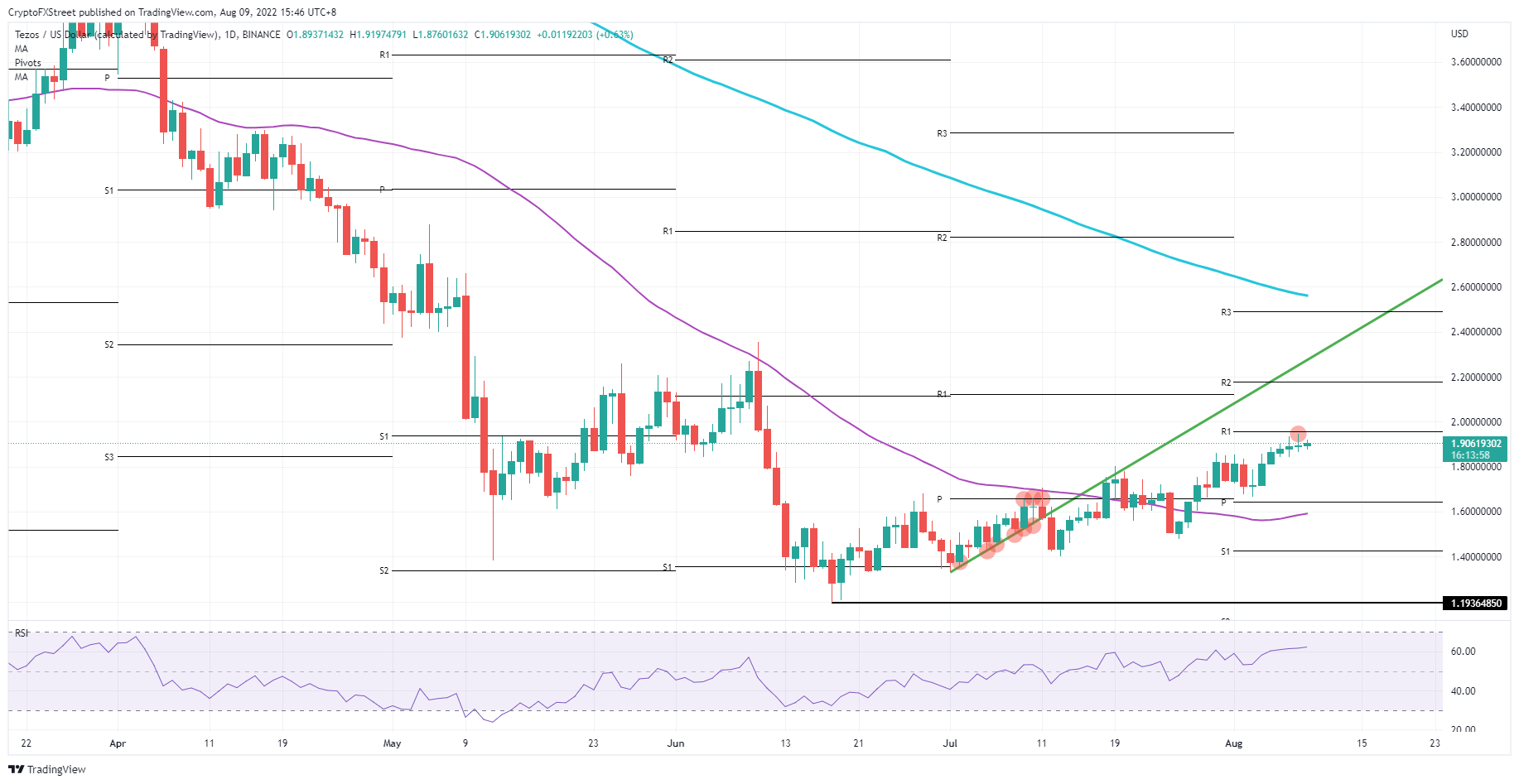 Possible risk to the downside could come simply from price action not being able to break through the monthly R1 at $1.96. That could coincide with remarks from Fed officials warning that markets are focusing too much on a goldilocks scenario with rate cuts in Q1 of 2023 and possible upside surprises in inflation data out of the US that would break the current risk-on sentiment. XTZ price would drop back towards the monthly pivot at $1.64, with the 55-day SMA at $1.60 as additional support to catch any falling knives.