Solana (SOL) price has been on a tear after posting its sixth consecutive daily bullish candle. With the pop back above the monthly R1, expect new all-time highs to be reached soon as favorable tailwinds are nowhere near to fade anytime soon. The Relative Strength Index (RSI) is introducing a note of caution when it comes to SOL making further highs.

Solana price has popped back above the monthly R1 at $206.91. With that pop, new buyers were attracted, and the price in SOL is now getting lifted towards $219.75 to make new all-time highs. The RSI has  entered into overbought territory, which could put a limit on further extended profits. Some cautiousness is advised, although SOL does have a history of trading wide into overbought territory in the RSI, as already shown around mid-September, where another bull run occurred.

SOL price will probably push towards $240 for an intermediary pivot point and then up to the monthly R2 resistance level at $272.10. Once there, expect the uptrend to halt and take a breather as profit-taking will occur, and the RSI will need to cool down as it will have gone too far into the overbought area. Thus resulting in a bit of a correction back towards $240. 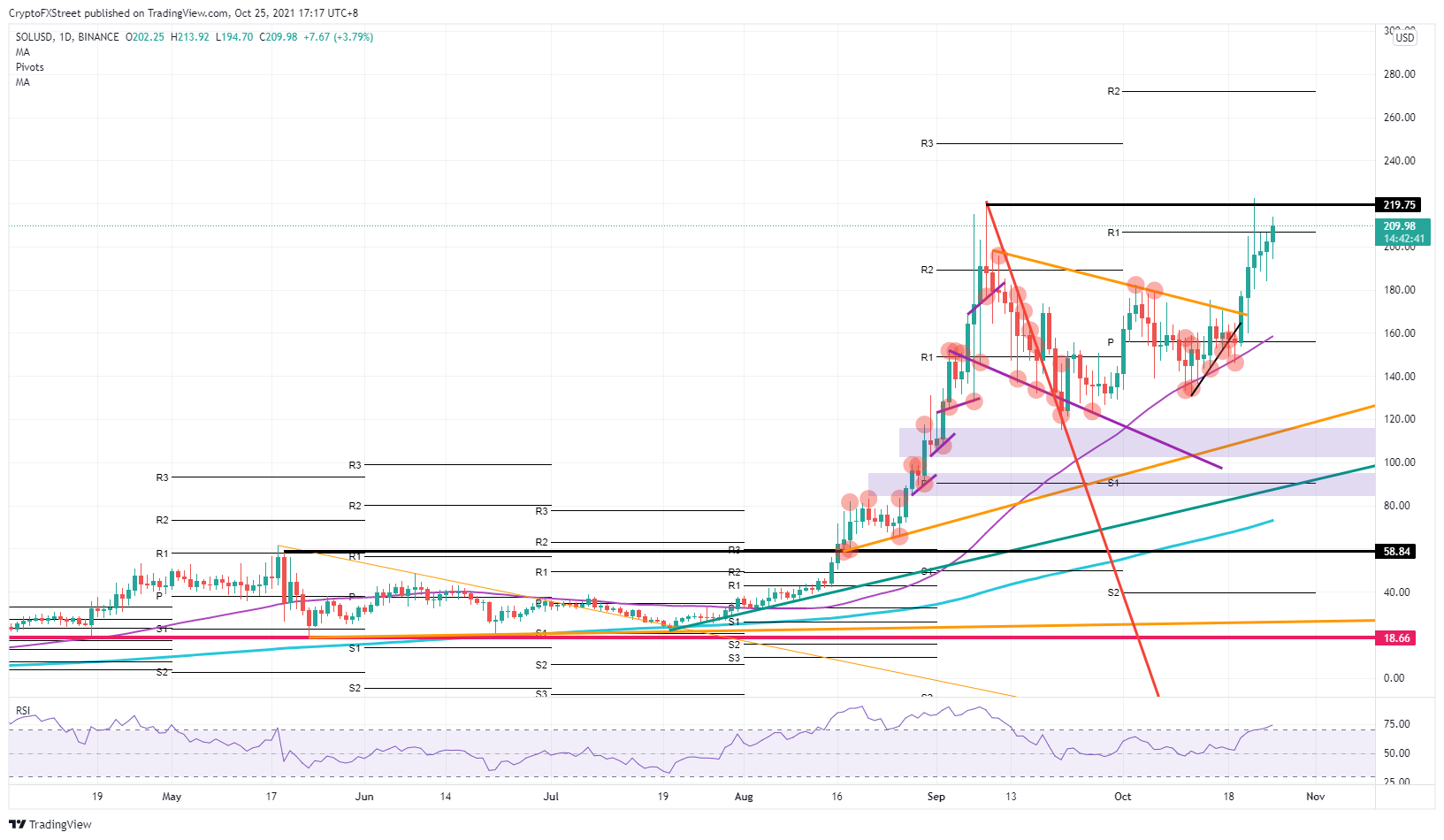 Should the positive spillover effect from Bitcoin or global markets start to fade, still expect SOL price to hit new all-time highs but then to start to fade relatively quickly. Bears will start to match and oversell the profit-taking from bulls, and the price will start to break back below $180. Another leg lower would see $160, with the monthly pivot and the 55-day Simple Moving Average (SMA) as support.