SafeMoon price has slid below a crucial support level that could indicate that a steep decline is on the horizon. SAFEMOON could be heading for a 32% drop as the buyers continue to retreat, leaving the altcoin to slide lower.

SafeMoon price has formed a symmetrical triangle pattern on the 4-hour chart, which suggested that there was an equilibrium between buyers and sellers.

However, the technical pattern that indicates indecision has broken out to favor the bears, as SAFEMOON slid below the lower boundary of the triangle at $0.00000166.

The downside trend line of the governing chart pattern acted as support for SafeMoon price since September 14. The altcoin falling below the line of defense has provided investors a hint as to where SAFEMOON is headed next.

The prevailing technical pattern suggests that SafeMoon price is at risk of a 32% fall, targeting $0.00000112. Before SAFEMOON sellers attempt to reach the pessimistic target, it has a few lines of defense that could save the altcoin from the bearish outlook.

SafeMoon price would discover the first area of support at the 23.6% Fibonacci retracement level at $0.00000161. Should the altcoin face further selling pressure, SAFEMOON would find an additional foothold at the demand zone that extends from $0.00000135 to $0.00000146.

If the bears continue to take control, SafeMoon price would eventually witness the bearish thesis emerge, and SAFEMOON may tag the downside target given by the technical pattern at $0.00000116, should the 32% drop materialize. 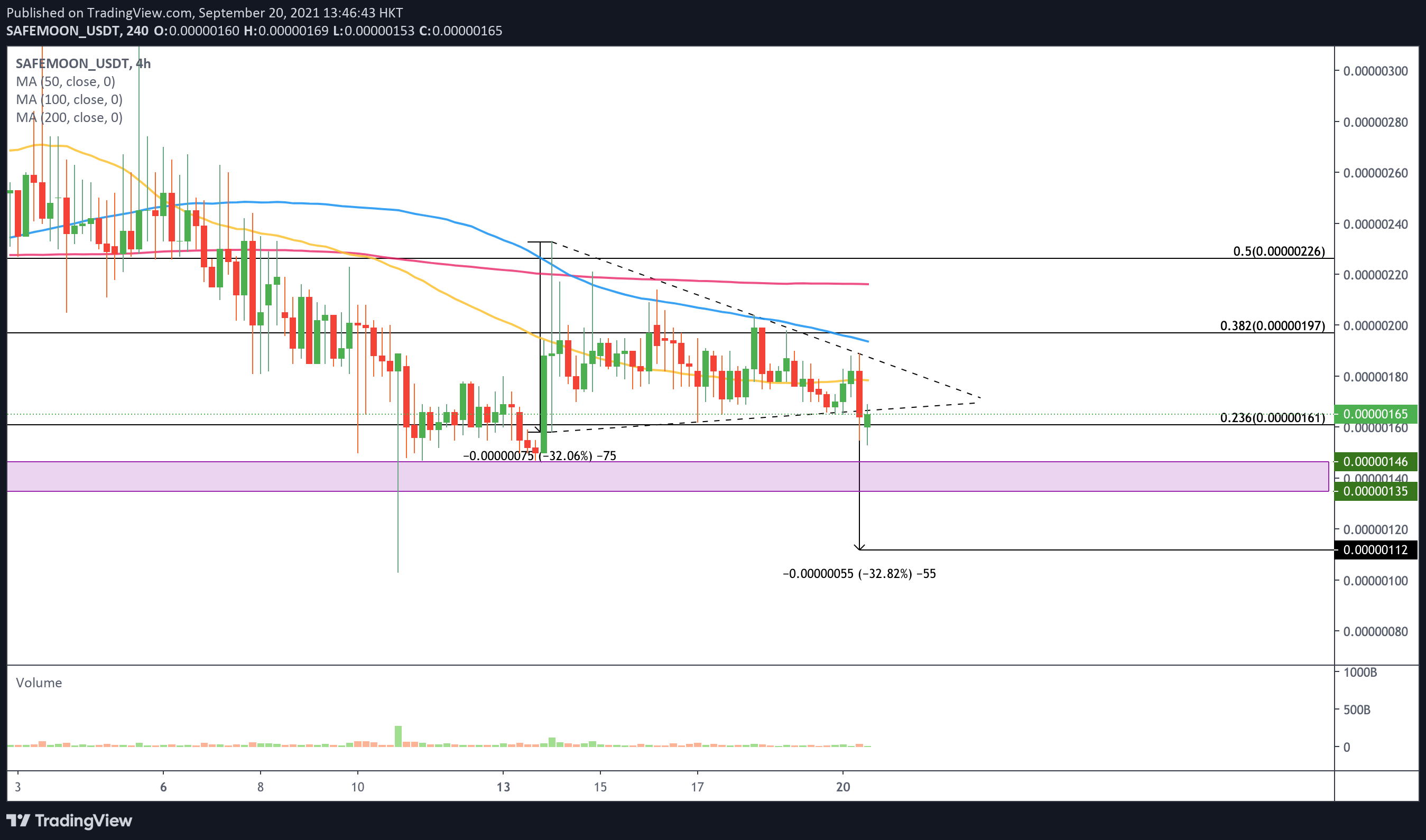 The first line of resistance appears to be at the lower boundary of the triangle at $0.00000166. Should the bulls flip this level into support, the following target for the buyers is at the 50 four-hour Simple Moving Average (SMA) at $0.00000178.

For the SAFEMOON bulls to reverse the period of underperformance, the buyers should aim to slice above the upper boundary of the symmetrical triangle at $0.00000187, which could take SafeMoon price out of the woods in the near term.