SafeMoon (SAFEMOON) has been caught in a downward trend channel since May and has not been able to break out of it since. Sellers look to have the upper hand as every attempt to break the upside is met with heavy selling force. An intermediary consolidation looks to send SAFEMOON price action down again.

SafeMoon price action has been getting squeezed from both sides for a few days. There is a short-term descending red trend line from above, and from the upside the green ascending trend line is going the same for buyers. Prices are getting squeezed in from both sides. It does not look too good for buyers as the price is pressed toward the downside. The additional factor in that drive is that the 5-day, 10-day and 30-day Simple Moving Average (SMA) limits any upside. Granted, there was a break upwards on September 13, but that was short-lived, and SAFEMOON retreated quickly back below the 30-day SMA. 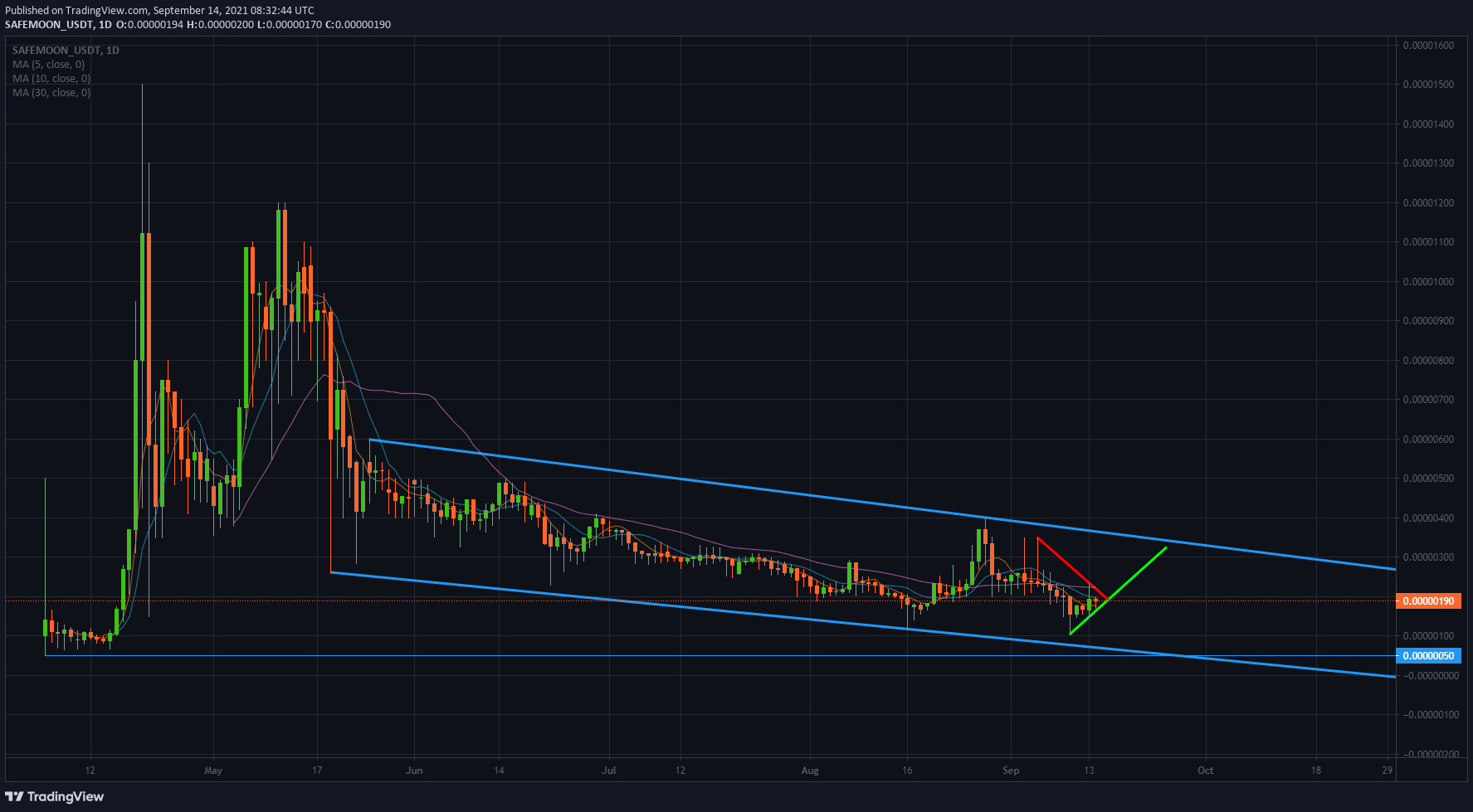 SAFEMOON looks ready for the break lower today or tomorrow. From there on, it will look for support from the low end of the downward trend channel. If sellers can push price action even below the trend channel, expect $0.00000050 as the ultimate low to be tested, as this is the lowest price ever in SafeMoon.

Should SafeMoon price action fall in favor of the buyers, expect another attempt to break above the 30-day SMA and test the upper band in the descending trend channel. Expect that to be around $0.00000300.