SafeMoon (SAFEMOON) price is finally showing some divergence after six consecutive weeks of the downtrend in SAFEMOON price action. Bulls can defend a crucial level at $0.00000118, which is the crossroad between the downtrend and the start of the uptrend. Bulls have the power to run SafeMoon price toward $0.00000296.

SafeMoon price action was stuck in a downtrend for six consecutive weeks. Bulls are proving to be resilient as SafeMoon price is catching a bid in a very competitive market where risk-off seems to be the theme these past few days.  The uptrend and downtrend cross each other at $0.00000118, which bulls are succeeding at defending right now.

With the significance of $0.00000118, bulls have two perfect entry points here. One is the red descending trend line that acted as the guide in the downtrend these past few weeks. And to the upside, the green ascending trend line was causing a squeeze. With those two elements now in favor of the bulls in SafeMoon price action, the road looks paved with gold toward $0.00000296, the 78.6% Fibonacci level. 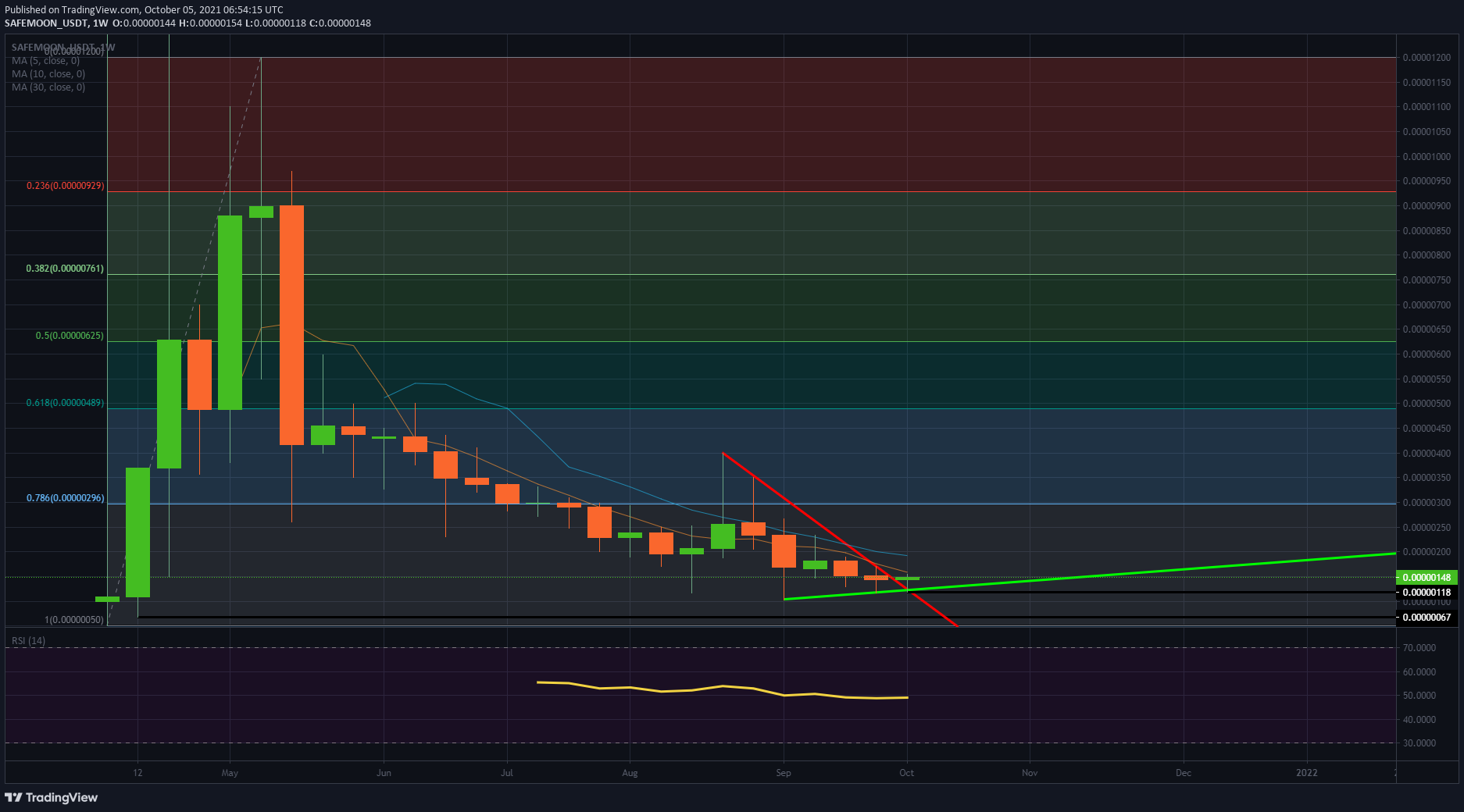 Expect bulls to have some issues with the 5-day Simple Moving Average (SMA) at $0.00000158 as it has already put a cap on the price action to the upside. But the Relative Strength Index (RSI) is solid around 50, making it a good case that bulls need to match the seller's action around that level. Further up, it should be smooth sailing toward that $0.00000296.

With market sentiment very choppy, expect a souring mood in global markets to make bulls cut their positions in a take-the-money-and-run scenario. That would spell good news for bears in SafeMoon price action and trigger a break below the green ascending trend line.