SafeMoon price (SAFEMOON) appears to be indecisive as it oscillates within a price range. The altcoin’s price action has been uneventful as investors do not seem to have returned after interest in the token dwindled. Currently, the token is saved by a lack of selling pressure as little trading volume is recorded.

SafeMoon price is sealed within a descending parallel channel pattern on the 4-hour chart, as the token presents a lack of clear directional bias.

Although the altcoin has tagged the upper boundary of the technical pattern on October 4, SafeMoon price has still logged a lower high at $0.00000159. Currently, the uptrend is retreating, which opens up the possibility of SAFEMOON eyeing lower levels.

The token appears to be also trapped between the 61.8% and 78.6% Fibonacci retracement levels at $0.0000152 and $0.00000131, respectively. The former will act as immediate support for SAFEMOON. Should this level break, SafeMoon price could be headed for a 9% downswing toward the middle boundary of the parallel channel at $0.00000122.

Plunging below the aforementioned support levels may see SAFEMOON become more vulnerable to a 35% descent toward the lower boundary of the prevailing chart pattern at $0.00000084.

A further spike in sell orders may see SafeMoon price tag the 127.2% Fibonacci retracement level at $0.00000067 in the worst-case scenario. 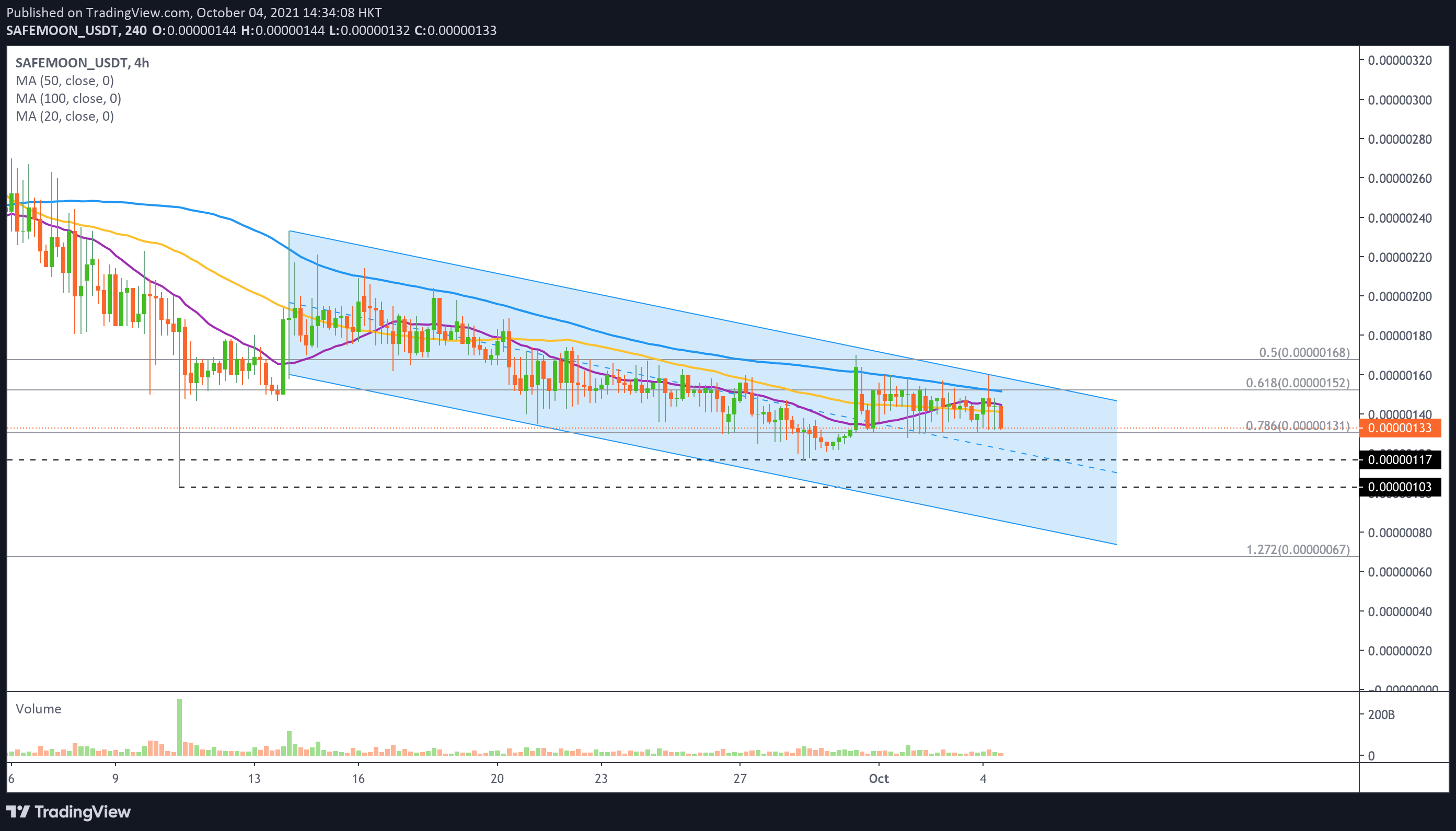 Another hurdle may materialize at the 61.8% Fibonacci retracement level at $0.00000152, which sits near the 100 four-hour SMA. Lastly, the upper boundary of the parallel channel may also act as further resistance for SAFEMOON at $0.00000155.