SafeMoon price saw a massive buying pressure that pushed it to retest a stiff resistance level. However, the bulls fell short and failed to flip this barrier into a support floor. This failure has led to a scenario where SAFEMOON is contemplating a minor retracement.

SafeMoon price at a decisive point

SafeMoon price saw a 30% daily candlestick on September 21 and was followed by two more, which, in total, returned 48% in under three days. While this move was impressive, it failed to flip the $0.00000156 resistance level into the support floor.

From the looks of it, SAFEMOON is losing momentum as Bitcoin cools off and might lead to a 15% retracement to the immediate support floor at $0.00000130.

Here the bulls can make a comeback but failing to band together will likely result in a further descent to $0.00000110. 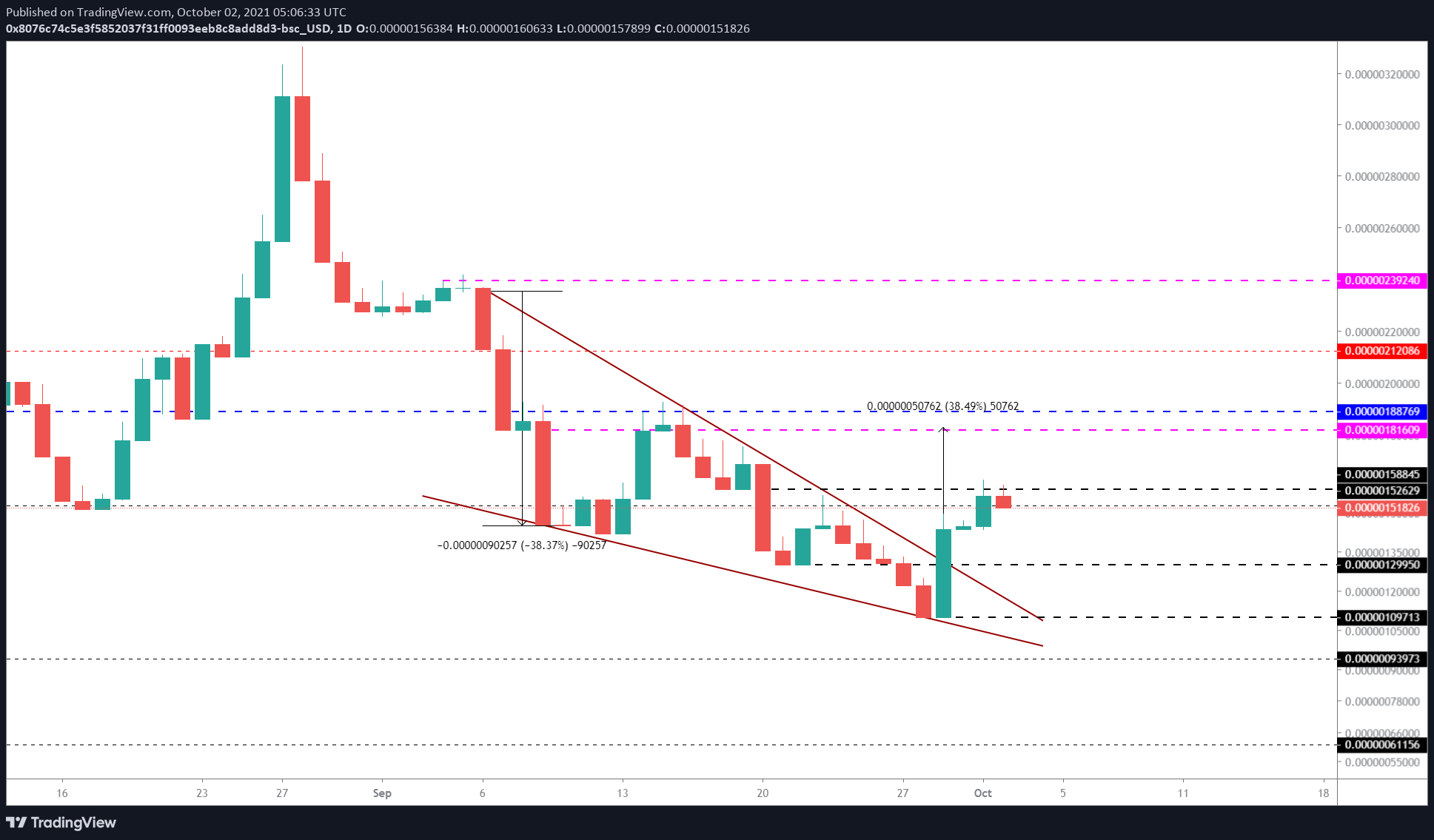 Although a 15% retracement in SafeMoon price is likely, it does not invalidate the bullish thesis. As mentioned above, the buyers can make a comeback around $0.00000130. A resurgence of buying pressure will likely push SAFEMOON to slice through $0.00000158, invalidating the bearish thesis.

Such a development will likely push SafeMoon price to rally to the next barrier at $0.00000182. This move would constitute a 40% ascent, which is not outside the realm of possibility. In some cases, the altcoin could extend and retest the following ceiling at $0.00000188.