The Polkadot price has been on a tear for more than ten days and could take a slight pause before resuming its uptrend.

The Polkadot price slid into consolidation after rallying 190% between January 22 and April 4. While the initial spike can be considered as a flag pole, the one that followed it can be viewed as a pennant.

DOT converged between two trend lines setting up lower highs and higher lows in the consolidation phase, creating a pennant. The technical formation is a continuation pattern and projects a 63% upswing, determined by adding the flagpole's height to the breakout point at $38.

As of April 2, the Polkadot price sliced through the pennant’s upper trend line, signaling the start of a new uptrend.

Since March 25, the DeFi token has surged nearly 57%, triggering the Momentum Reversal Indicator’s cycle top signal in the form of a red one candlestick on the daily chart. This setup forecasts a one-to-four candlestick correction.

Hence, DOT could see a minor correction unfold toward the immediate demand barrier at $42.39 before resuming its uptrend toward the intended target at $62.44. 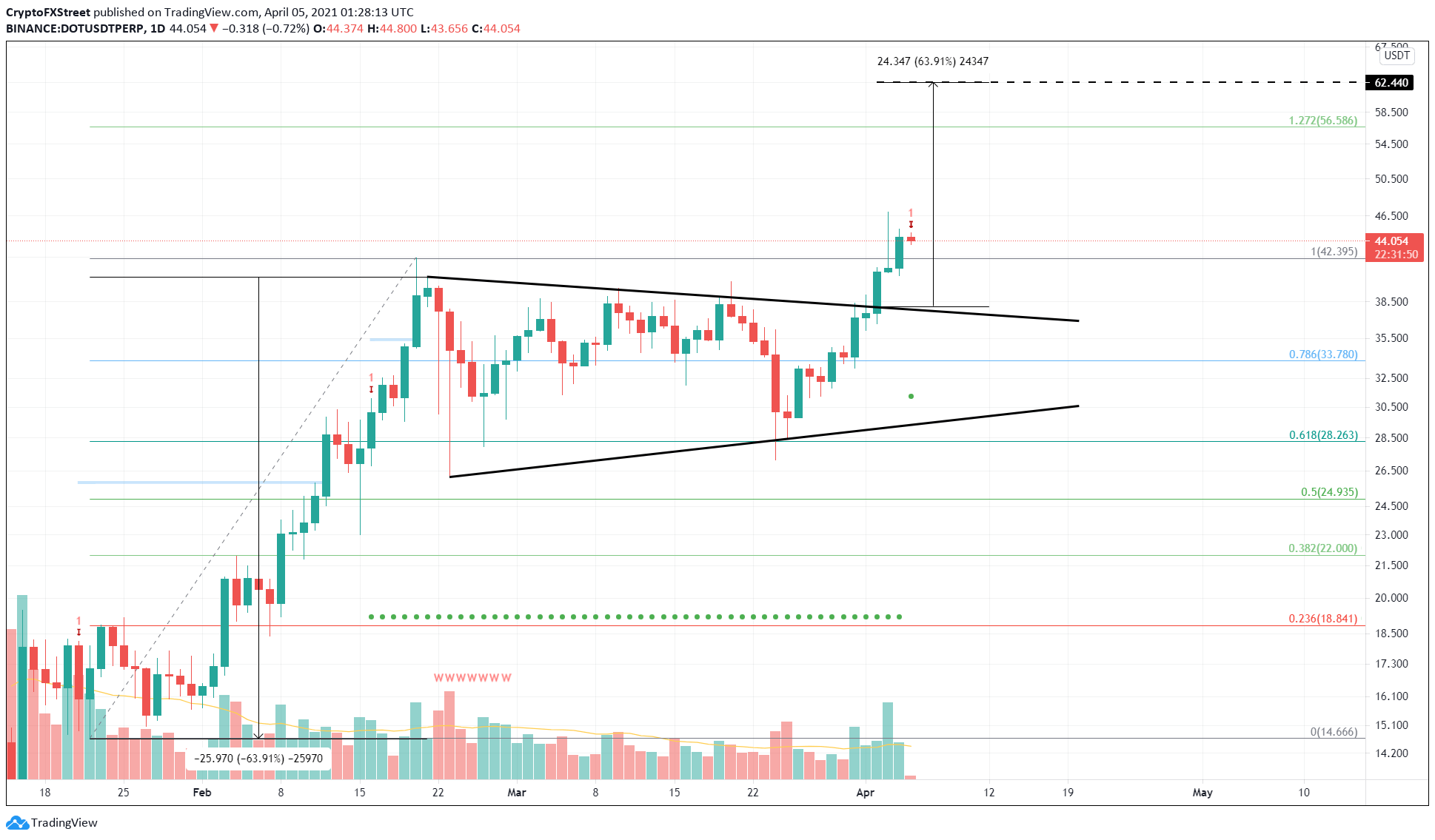 While things seem bullish for the Polkadot price, investors need to pay close attention to the retracement. If this pullback extends beyond $37.5, it will put the bullish outlook on hold and perhaps trigger a bearish one.

In such a scenario, panicking investors might sell their holdings pushing DOT back into the pennant formation to retest the subsequent demand barrier at $33.7, which coincides with the 78.6% Fibonacci retracement level.