Polkadot price could fall once more

From a midterm perspective, Polkadot's price could witness an additional 50% drop. The smart contract giant witnessed an incredible 2,400% rally since August 2020. The DOT price rallied to an all-time high at $55 before the bears took over the scene.

Polkadot price auctions 84% below its all-time high, yet there are still reasons to believe in one more 50% plummet in the coming months.

At the time of writing, Polkadot price trades at $8.38. The technicals mirror a fractal wave dating back to March 2022, when the DOT price rallied 70% in a month, only to fall flat and decline an additional 75%. The sell-off came in almost free-fall fashion. A significant uptick in bearish pressure was imprinted near the $11.75 price level during the first week of May. Additionally, the DOT price breached through the Relative Strength Index’s supportive level into oversold territory.

The penny-from-Eiffel style decline has happened on two separate occasions, each reducing the Polkadot price by more than 50%. Elliott Wave theory suggests that the Polkadot price has printed three clear impulse waves (or one supercycle wave) into the $55 high. A supercycle correction could be on the table with targets at the origin point of the ascension at $4.00. 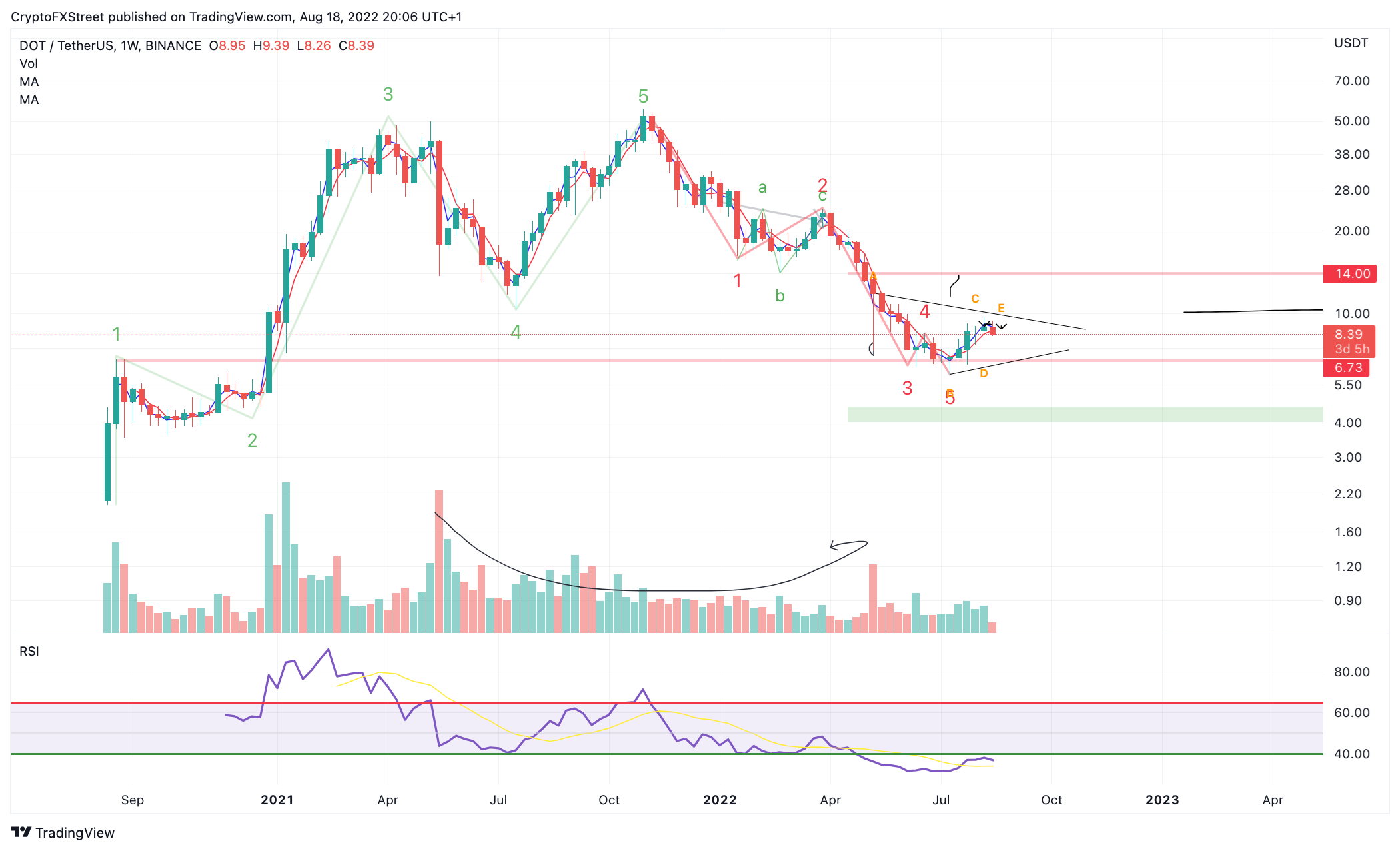 Investors should be very careful as DOT price can rally towards $11.74 without invalidating the bearish midterm thesis. If the technicals continue to unfold in what appears to be a triangular fashion, then a sell-off into the $4.00 price zone could occur as early as 2023.

In the following video, our analysts deep dive into the price action of Polkadot, analyzing key levels of interest in the market. -FXStreet Team