Polkadot price has recovered from the selling frenzy and is climbing higher in hopes of establishing a new uptrend. The consolidation since the DeFi token’s all-time high at $42.39 has resulted in a descending broadening wedge pattern.

Polkadot price has been on a decline since February 20, forming lower highs and lower lows. Joining these swing highs and swing lows with trendline results in a descending broadening wedge pattern.

This technical setup forecasts a 35% upswing, determined by measuring the distance between the pivot high and the latest swing low and adding it to the breakout point at $36.40. 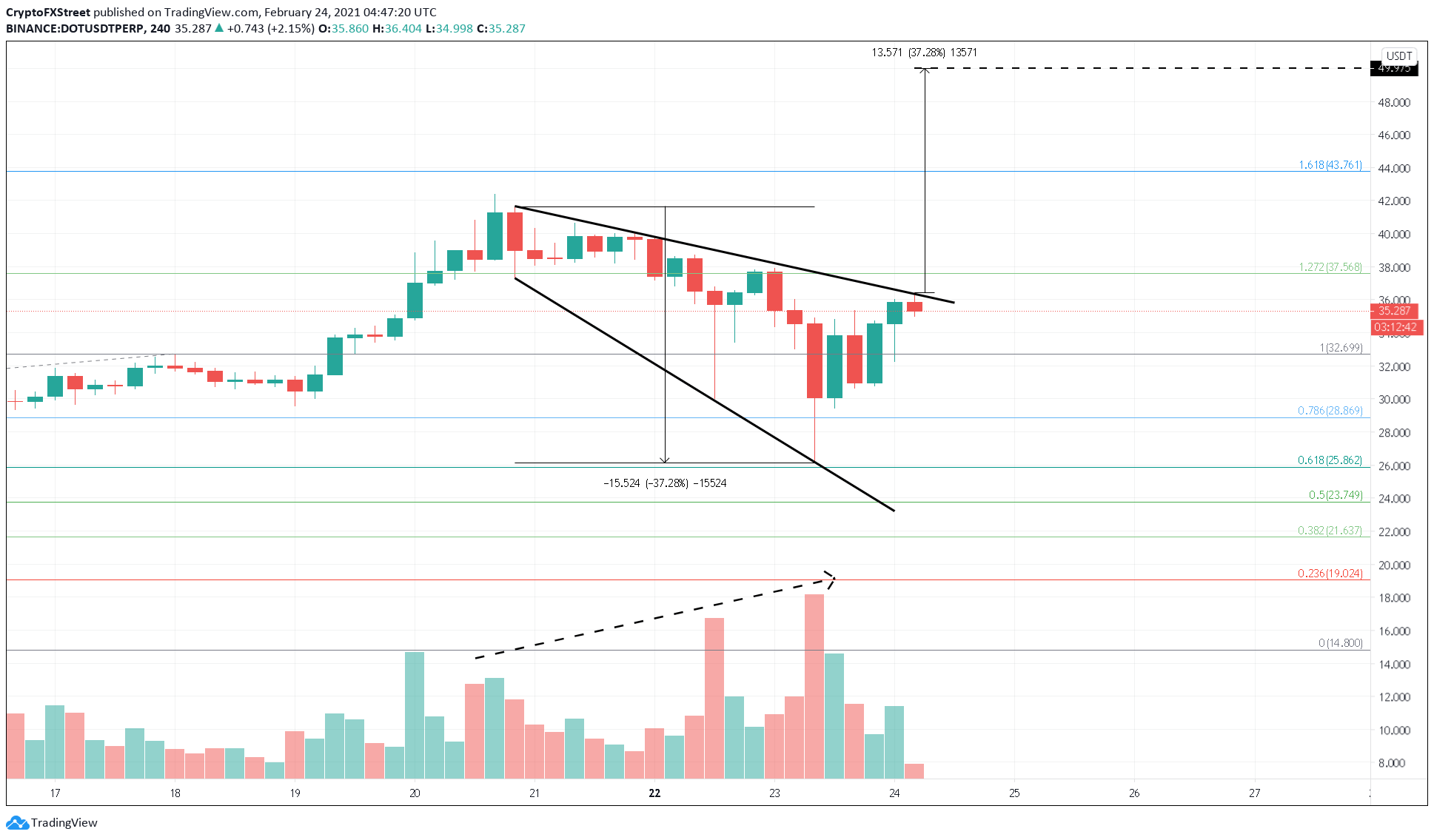 Adding credence to this bullish scenario is Polkadot’s 125% increase in on-chain volume from $3.26 billion to $7.35 billion between February 22 and 24.

Moreover, a 33% drop in social volume in the same period is also incredibly positive from a counter-sentiment perspective.

A similar uptrend can be witnessed with the developer activity index, which has swelled from 3.69 to 4.33 within the same time. Market participants consider this surge a bullish sign since a high developer activity suggests a possibility of the project’s new update or a developmental rollout.

These developments indicate Polkadot’s inevitable breakout from the consolidation pattern. In such a case, a four-hour candlestick close above the 127.2% Fibonacci retracement level at $37.56 will not only signal a breakout from the wedge but also the start of an uptrend.

Increased buying pressure here could propel the DeFi token to its intended target at $50.

Investors need to be aware that rejection at either $36.40 or the resistance barrier at $37.56 would be fatal. If this were to happen, DOT would re-enter the consolidation phase and slide to the 78.6% Fibonacci retracement level at $28.85.