Bitcoin is under pressure as Fed taper concerns linger, although some expect crypto to remain resilient.

Bitcoin traded lower as investors unpacked Wednesday’s announcement from the U.S. Federal Reserve that it could raise interest rates by late 2023. Assets deemed to be risky like stocks and crypto also appear to be weighed down by lingering concerns that the Fed may wind down its bond-buying program sooner than expected.

Some analysts, however, expect bitcoin to remain resilient if inflation continues to rise, which could lead to outperformance versus traditional markets.

In a newsletter published on Wednesday, EQUOS, a digital asset financial services company, described the initial down move across risk assets as a “knee-jerk reaction.”

“Bitcoin and stocks will likely correlate through the turbulence, before reality hits: Inflation is likely to see bitcoin outperform stocks,” EQUOS wrote.

The chart below shows the 90-day correlation between bitcoin and the S&P 500 has risen so far this year. 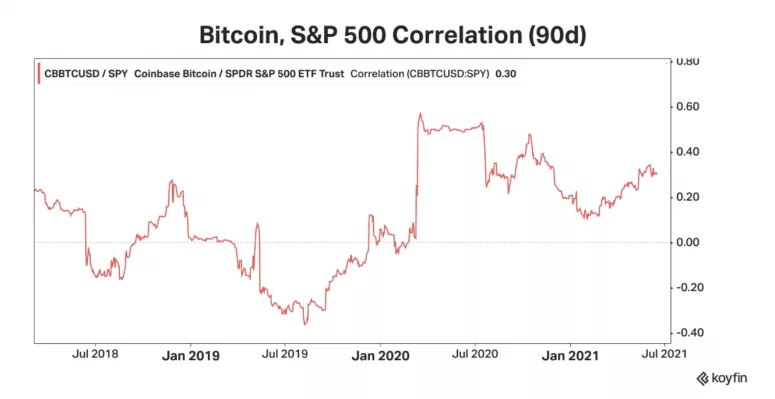 “Past bitcoin bull market cycles have tended to occur alongside year-over-year increases in the core CPI (consumer price index)…. and bear market cycles have come as CPI has rolled over,” David Grider, head of digital assets research at research firm Fundstrat, wrote in a newsletter published on Wednesday. 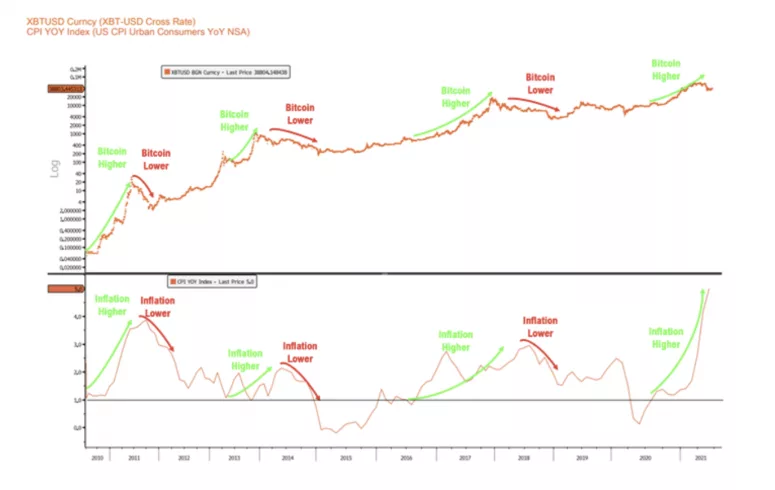 Bitcoin is widely considered an inflation hedge, but it may just be that the cryptocurrency benefits from loose monetary policy that has occurred around periods of high inflation, according to Grider.

That could change if the Fed decides to wind down, or taper, its program of purchasing $120 billion worth of bonds per month – a form of monetary-policy easing known as quantitative easing, or QE – in response to higher inflation.

“We expect that the Fed will announce no later than December that QE will be tapered beginning next January,” MRB Partners wrote in a newsletter Wednesday.

Since May, the cost to fund long positions in the market for bitcoin perpetual swaps, a type of derivative in the cryptocurrency markets similar to futures contracts in traditional markets, has been in negative territory. Such a scenario sometimes precedes spot price recoveries. 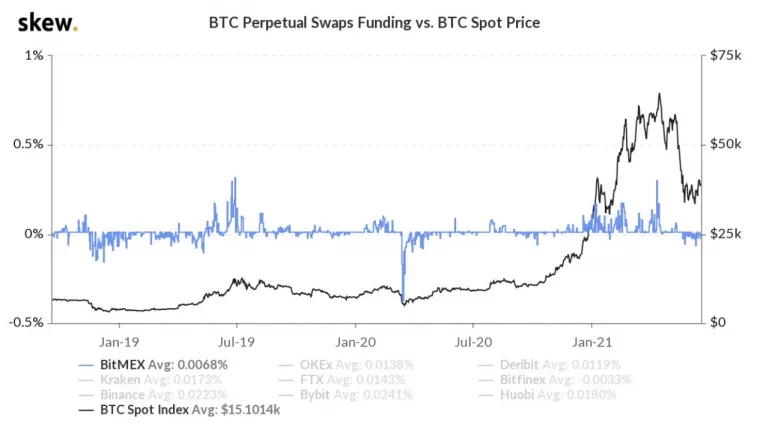 Small holders on the rise

Entities holding less than one bitcoin own almost 5% of the total supply distribution, according to data from Glassnode. That suggests an increasing presence of smaller players in the bitcoin market. 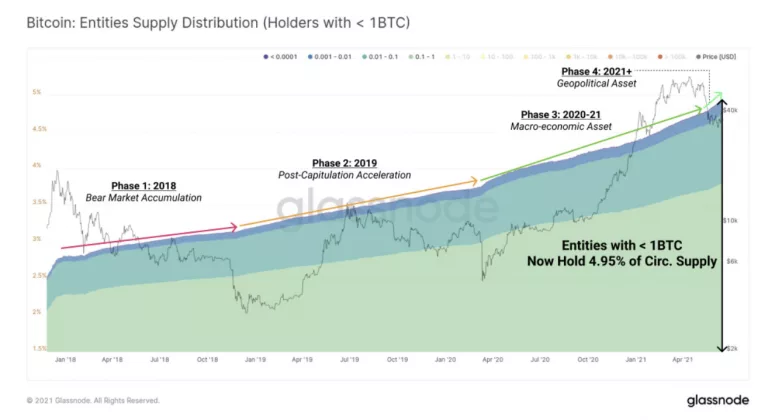 Chart shows distribution of entities holding less than one BTC.

Iron Titanium token (TITAN), the share token of a decentralized finance (DeFi) protocol, has fallen to near zero from $60 in one day, bringing the worth of the protocol down from $2 billion at one point to near zero.

The token was designed to boot a partially collateralized stablecoin known as IRON, which was pegged to $1. Users may mint new IRON stablecoins by locking up 25% in TITAN and 75% in USDC.

With the peg becoming unstable, IRON holders started exchanging the tokens for USDC, and TITAN, which further increased the supply of TITAN and added its selling pressure, economist Frances Coppola noted on Twitter.

“The collapse of TITAN is like the Weimar hyperinflation – or indeed any FX crisis involving a hard peg. When the value of your own currency is collapsing, you have to print more and more of it to meet your obligations in another currency,” Coppola wrote, referring to the Weimar Republic, which is what the post-World War I German government was called. The country experienced hyperinflation during that time.

Billionaire investor Mark Cuban, who once described his enthusiasm for DeFi products such as TITAN, said he also lost money from the panic selling. In a letter to Bloomberg, he said regulations should be put in place.

“I think the lesson is not necessarily, Let’s be afraid now of trading any of the DeFi or any of the currencies,” Michele Schneider, a markets analyst at MarketGauge Group, told CoinDesk.

Most digital assets on the CoinDesk 20 were lower on Thursday. 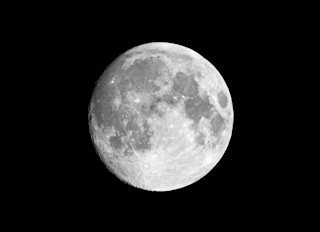