Since the beginning of March, Filecoin (FIL) price has increased by 560% obtaining a market capitalization of $11.5 billion at the time of writing. The digital asset is ranked 14th and could see further upside action as the production rate is set to decrease.

There will be fewer Filecoins produced from April 15

The maximum supply of FIL is set at 2 billion and there are only 65.33 million tokens currently in circulation. The massive decrease in production should lead to scarcity if demand remains the same.

Additionally, the team of Filecoin also released a preview of MetaMask and Filecoin Developer platform. This will be a special extension to allow developers to build Web3 sites that use Filecoin.

Although the Filecoin Snap is pre-installed in this build, the final product will install the Snap plugin through the connect flow when a consumer connects to the site that depends on Filecoin. There may be breaking changes between now and the production release, and we’ll do our best to communicate these regularly.

On the 4-hour chart, Filecoin price is trading at $173 at the time of writing, just above the 50 four-hour SMA support at $170, and the key 100 four-hour SMA at $164.7. This last moving average has served as a robust support level since the beginning of March. 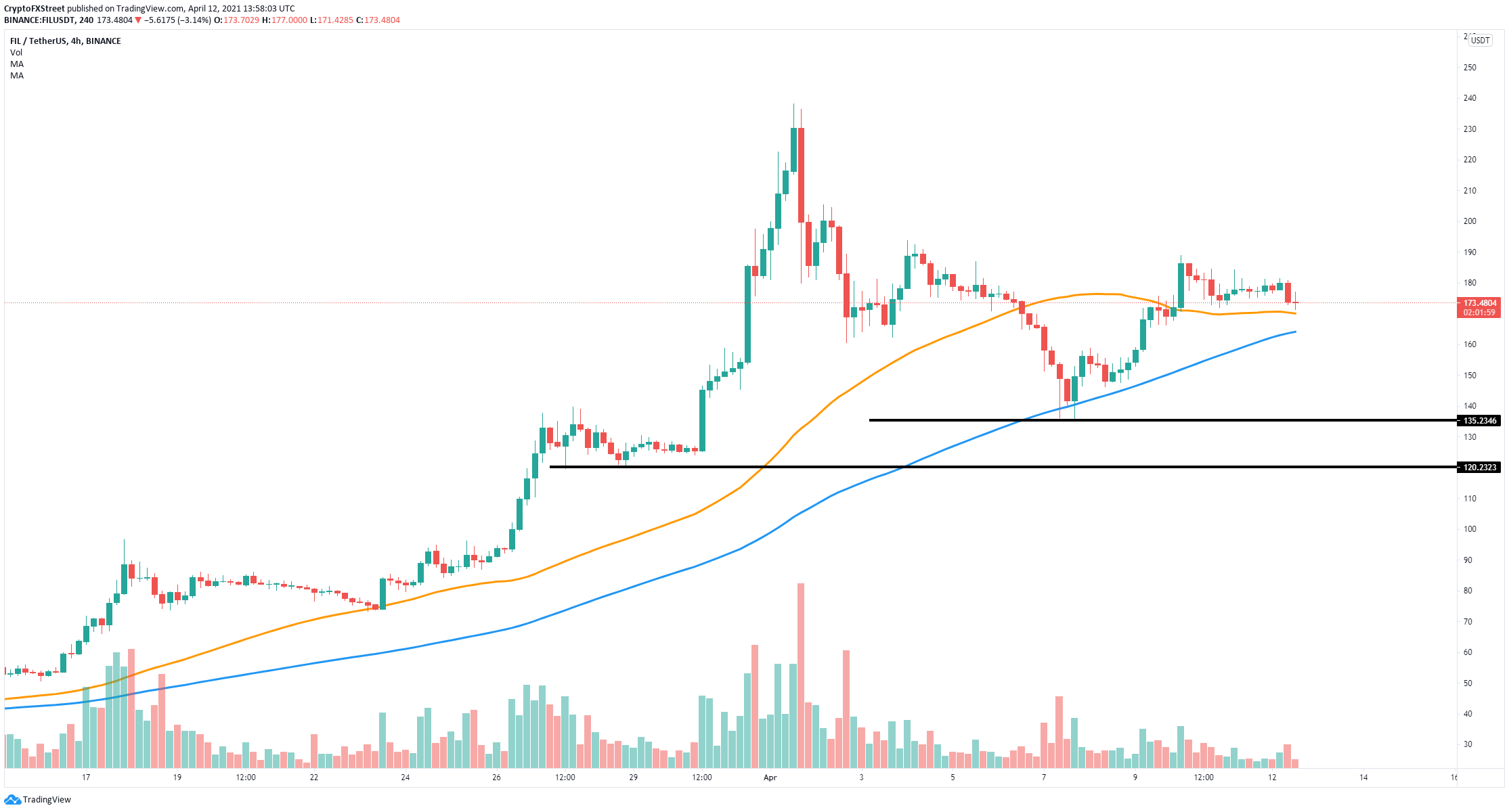 A breakdown below this level can quickly drive Filecoin price toward the last low of $146.45 established on April 7. The next support point is located at $120, a local bottom formed on March 27. 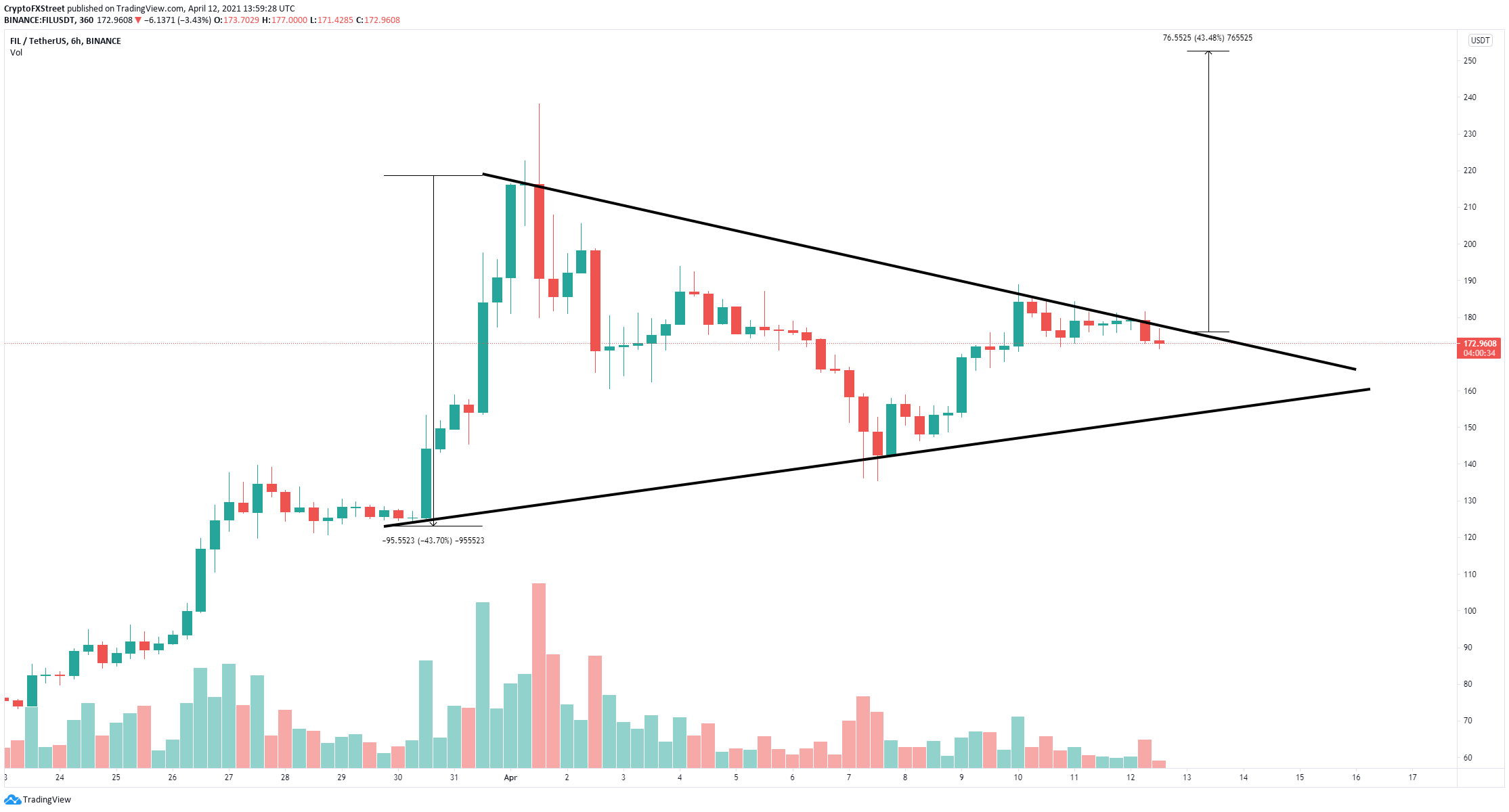 On the 6-hour chart, Filecoin has formed a symmetrical triangle pattern that can be drawn by connecting the lower highs and higher lows with two trendlines that converge. A breakout above the resistance level of $180 will push Filecoin price to a high of $253 in the long term. There are two in-between price targets at $205 and $238.