Bitcoin (BTC) has been range-bound during early Asian hours as the bulls are licking wounds after a dramatic collapse that took place on Thursday and made the coin $3000 cheaper in less than 24 hours. The sell-off may gain traction into the end of the working week. At the time of writing, BTC/USD is changing hands at $11,300.

There are a lot of strong technical levels both above and below the current price, which confirms the range-bound theory. However, considering a highly volatile market, another wild move in either direction should not be excluded. Let’s have a closer look at the barriers that might influence Bitcoin’s movements in the short run. 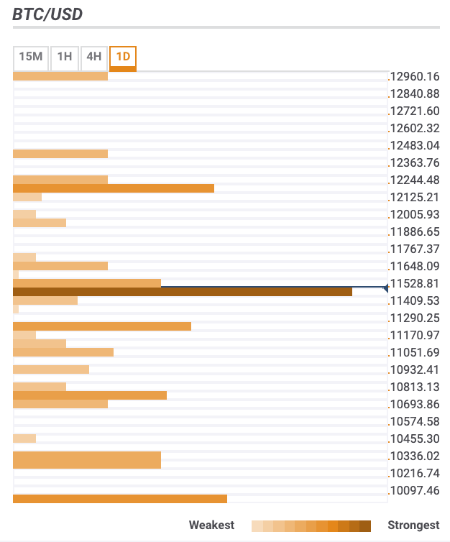 Ethereum price analysis: ETH/USD hangs on a thread at $300; what’s next?

There is calm across the market after a selloff that wiped over $70 billion off the market in less than 24-hours. The dust is currently settling for Ethereum as well in the wake of the devastating fall from highs above $360. The second largest crypto explored levels close under $280 before finding support at the 38.2% Fib retracement level taken between the last swing high of $364 and as wing low of $226.

Meanwhile, a recovery from the weekly low has stepped above the $300 hurdle. However, the upside is limited by the 50 Simple Moving Average (SMA) 4-h. Moreover, the 100 SMA is offering support at $285.

Ripple’s XRP has reversed the gains of two weeks, crashing from the recent high of $0.5073 (June 22) to as low as $0.3893 on Thursday. Notably, the sharpest movement was registered on Thursday, as the coin lost over 10% of its value in a matter of hours amid massive sell-off on the cryptocurrency market.

A slew of positive fundamental announcements, including the partnership with fintech startup Coinfirm failed to support the coin.

Meanwhile, the news about Bitrue hack attack might have exacerbated the sell-off as the attackers got away with 9.3 million XRP coins.

Bitcoin Price Analysis: $9200 is the level to beat for the BTC bulls

Bitcoin (BTC/USD) has entered a phase of consolidation after reversing sharply from the late-Saturday spike to $9195.19 highs. The choppy trend is likely to extend until a fresh volatility wave hits the crypto space again. Markets await a strong catalyst to revive the near-term bullish momentum.

BCH/USD is seeing aggressive selling over the last hour, after having witnessed a volatile session late Saturday. The coin is teasing an ascending triangle on the hourly chart. Hourly RSI has pierced 50.00 from above, more losses likely?

XRP/USD remains bearish while below 21-DMA

Ripple’s range trade extends into the seventh day on Saturday. The coin looks promising but above the 21-DMA barrier. RSI on the daily chart holds in the bearish territory. US traders are away, celebrating the Independence Day long weekend.

Bears are back amid a fresh selling wave across the crypto board. Bitcoin eyes Thursday’s low amid lack of healthy supports. Ethereum breaches key support, paving way for extra declines. Ripple is ranging in a tight band around 0.1770 so far this Sunday.