Cardano price could be preparing for a massive breakout as a recent report suggests that the blockchain ranks first in development activity. Based on publicly available Github information, another statistic indicates that ADA could expect more upside potential as the blockchain project leads the pack in terms of average development activity contributors count in 2021.

According to a recent Santiment report, the Cardano blockchain has ranked first in total development activity in 2021.

While development activity may not have a direct impact on short-term market trends, it reveals the team’s month-to-month commitment to creating a working product and upgrading its features to fit its long-term roadmap. Kusama and Polkadot follow Cardano closely, two of the top three projects, while Ethereum ranked fourth.

Cardano also led the pack in active contributors count in 2021, with an average of 53 daily contributors to their Github repo.

According to Santiment, the aforementioned statistics shed light on the entire cryptocurrency ecosystem, and that large projects such as Cardano with active developer communities are “naturally going to dominate.”

Cardano price has formed a symmetrical triangle pattern on the 12-hour chart, suggesting that ADA could continue to consolidate until a decisive break that points to the token’s next move.

The Ethereum killer could be awaiting a 32% surge if the token manages to slice above the topside trend line of the prevailing chart pattern at $1.50. 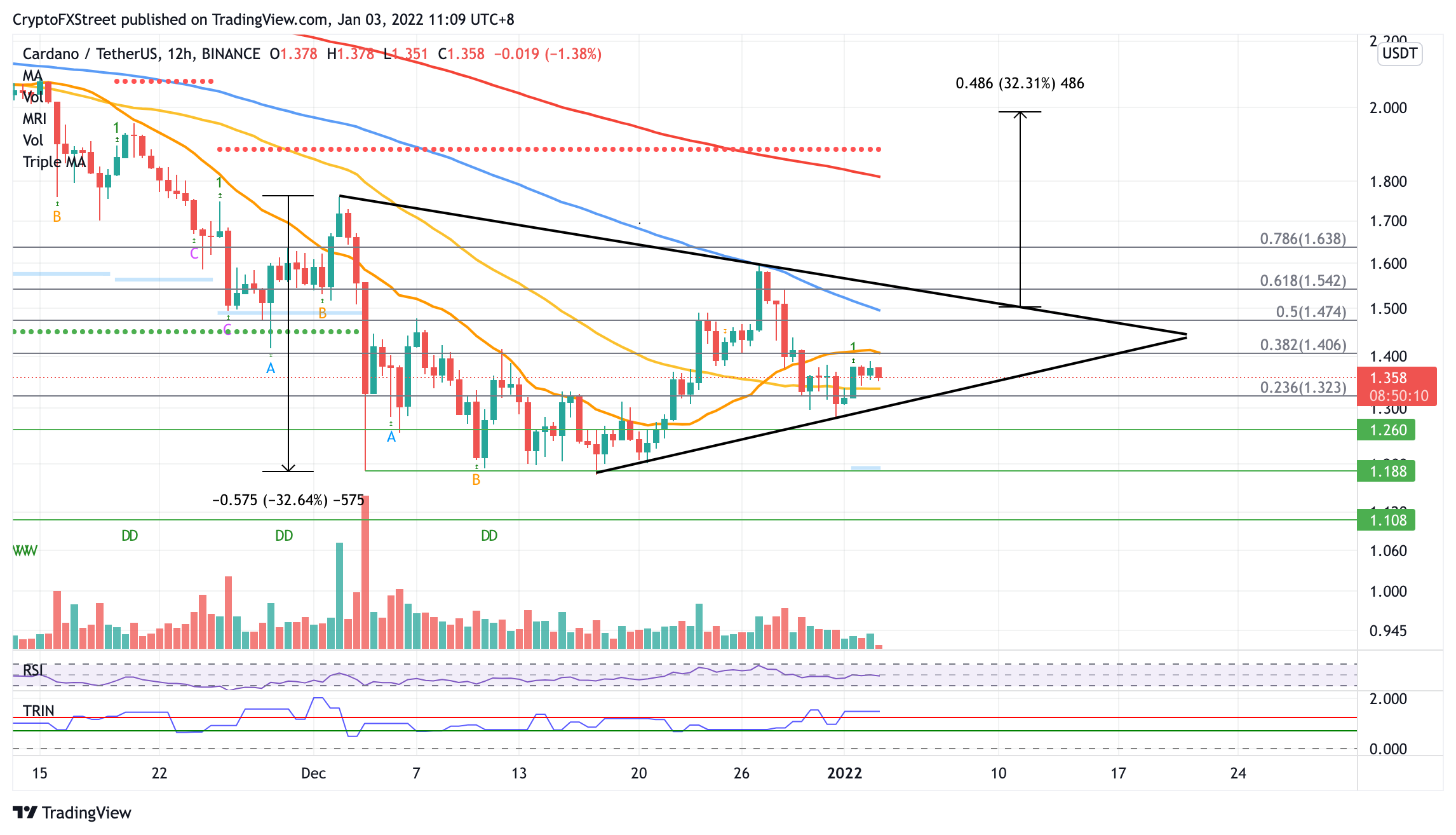 An additional headwind may appear at the 100 twelve-hour SMA at $1.49 before ADA tags the upper boundary of the governing technical pattern. If Cardano price breaks above $1.50, a 32% upswing toward $1.98 could be on the radar.

However, if selling pressure increases, Cardano price will discover immediate support at the 50 twelve-hour SMA at $1.33, then at the 23.6% Fibonacci retracement level at $1.32. Additional lines of defense may emerge at the August 3 low at $1.26, then at the December 4 low at $1.18.