The developers commemorated a successful implementation on September 28 on Twitter.

We’re pleased to announce that after a successful #Vasil upgrade on the 22nd of Sept, the new capabilities (including node & CLI support for reference inputs, inline datums, reference scripts), along with a new #Plutus cost model, are now available on the #Cardano mainnet! pic.twitter.com/USja3TcJNi

Although a major milestone for the developers and users alike, Cardano price failed to react to it. In fact, ADA has been consolidating and has remained highly correlated to Bitcoin price.

Cardano price and the signals before a run-up

Cardano price has been producing liquidity fractals, which are essentially a sweep of the previously formed swing low followed by a quick rally. So far, ADA has produced eight of these and will likely produce one more before buyers step on the gas pedal.

The so-called “Ethereum-killer” has produced three equal lows at $0.425 and has sell-stops resting below it. Therefore, a swift move to the downside to collect this liquidity, followed by a swift recovery above $0.435, will indicate that market makers are at work and also signal a bullish outlook.

In such a case, investors can expect Cardano price to trigger a 15% run-up to $0.505, where a local top could form. Depending on the momentum, ADA could extend higher and fill the imbalance, aka Fair Value Gap (FVG), at $0.530.

In total, this move would constitute a 25% gain for Cardano price, and interested investors can look to get in after a sweep of the equal lows at $0.425. 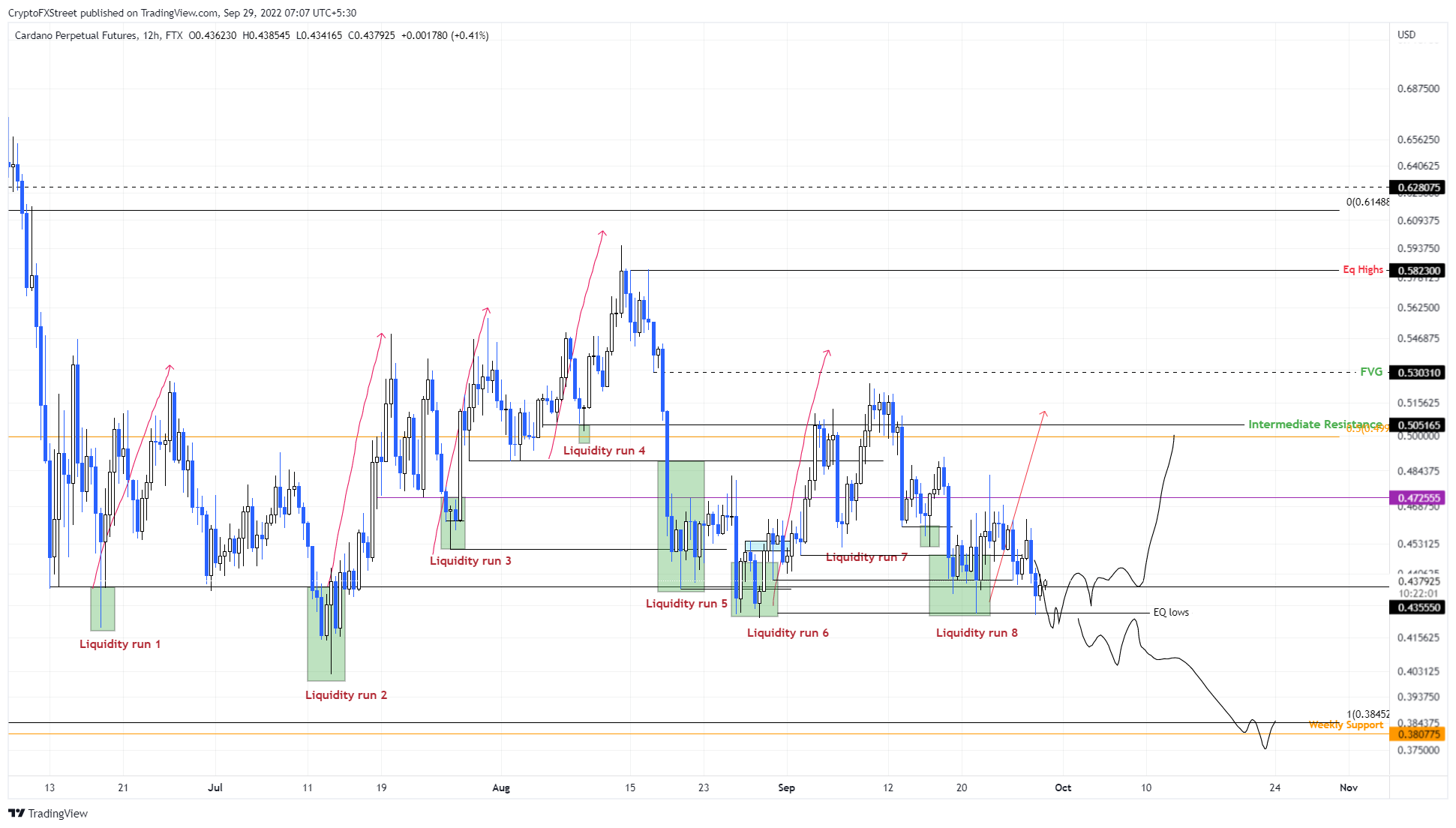 While this outlook seems promising, Cardano price moves at the whim of Bitcoin price volatility. Therefore, a daily candlestick close below the equal lows at $0.425 could turn sour if ADA fails to recover above it. Moreover, a secondary confirmation of the lack of bullish strength will be seen if the altcoin fails to move above the $0.435 resistance level.

Such a development will invalidate the bullish outlook for Cardano price and potentially trigger a 10% crash to $0.380.