Cardano price is struggling to maintain its uptrend as the bulls continue to overcome obstacles, aiming to set a new record high. ADA is stuck in a tight range within an optimistic governing pattern that could see a 16% upswing materialize, should the token break above $2.95.

Cardano price has been developing an ascending triangle pattern on the 4-hour chart, as ADA set higher lows. The token attempted to break out of the pattern on September 2 but fell short as the buyers lost confidence in the crypto’s uptrend after setting a new all-time high at $3.09.

Following the new record high, Cardano price retraced slightly and fell back into trading within the governing technical pattern. The prevailing chart pattern suggests that should ADA manage to slice above the topside trend line, a 16% ascent could occur, indicating a target at $3.43. 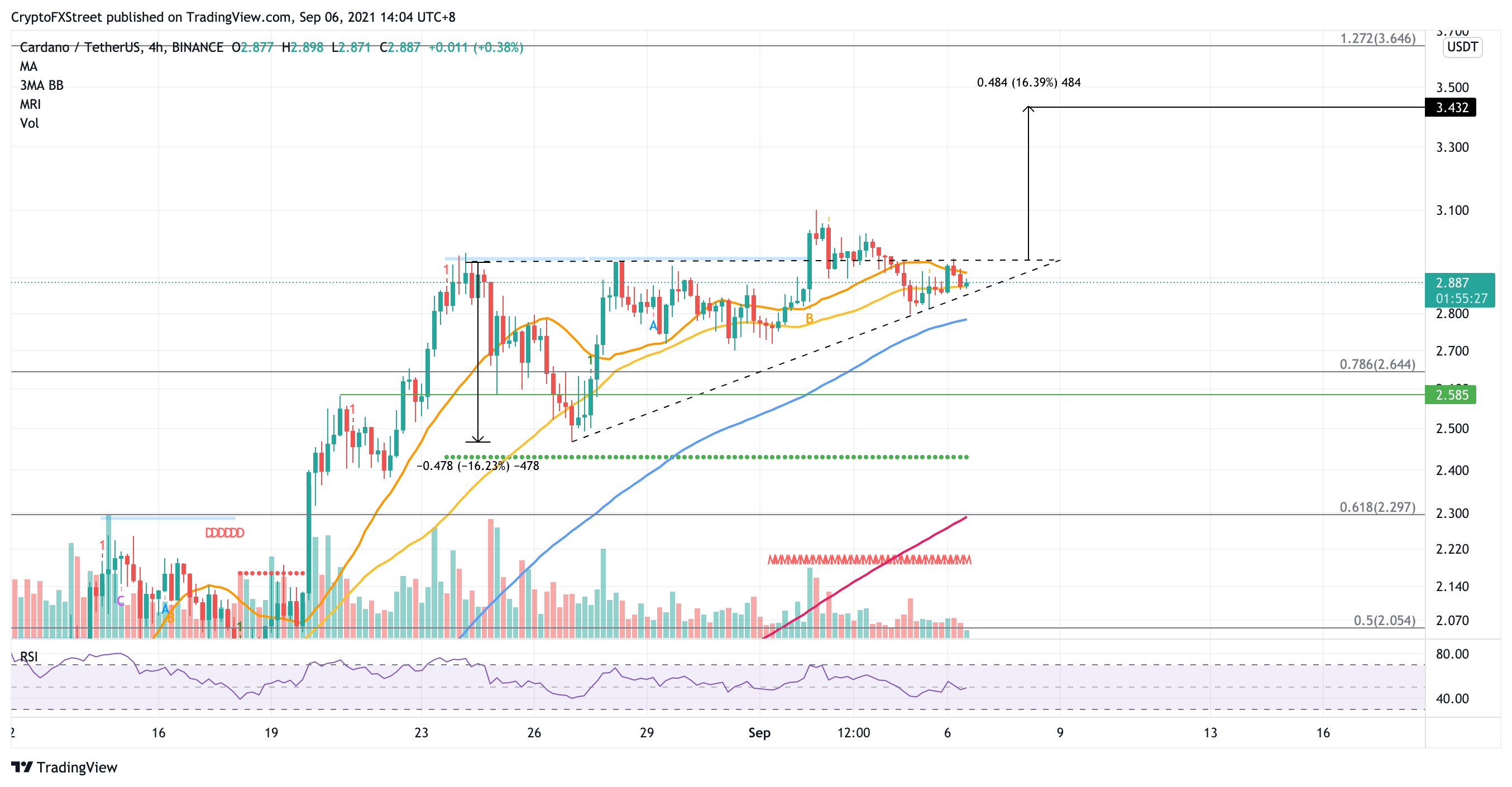 However, the road toward a new all-time high may be challenging for ADA for the time being, as hurdles have arisen that could hinder a potential rally for the token. Cardano price faces stiff resistance at the 20 four-hour Simple Moving Average (SMA) at $2.90.

The IntoTheBlock’s In/Out of Money Around Price (IOMAP) also suggests that this level would act as the next obstacle for the bulls, as 63,900 addresses purchased 2.87 billion ADA at an average price of $2.89.

If Cardano price is able to overcome this level of resistance, the next obstacle for ADA would be at the upper boundary of the triangle at $2.95, before the token could target bigger aspirations. Adding credence to this powerful resistance is the IOMAP, which indicates that breaking above this level would be tough as 43,340 addresses bought 1.91 billion ADA at an average price of $2.96.

Although the chances for ADA to continue its rally would be challenging, the 50 four-hour SMA suggests that Cardano price would be able to discover support at $2.87, should there be an interval of profit-taking. The IOMAP also backs this line of defense, with the largest cluster in the money, with 159,100 addresses that purchased 1.73 billion ADA at an average price of $2.85.

Investors should also note that if Cardano price falls below the lower boundary of the triangle, the bullish outlook may be voided. ADA may then drop lower to tag the 100 four-hour SMA before potentially retracing toward the 78.6% Fibonacci extension level at $2.64.