Cardano buyers continue to accumulate near $0.80

Cardano price remains nearly 75% below its all-time high, with no real evidence of retail traders interested in buying ADA at such a drastic discount. From an Ichimoku perspective, Cardano remains exceptionally bearish.
All of the conditions that short sellers need to generate a massive sell-off for Cardano have been present for several weeks. Still, sellers have been unable to push Cardano to a close below the $0.78 value area. 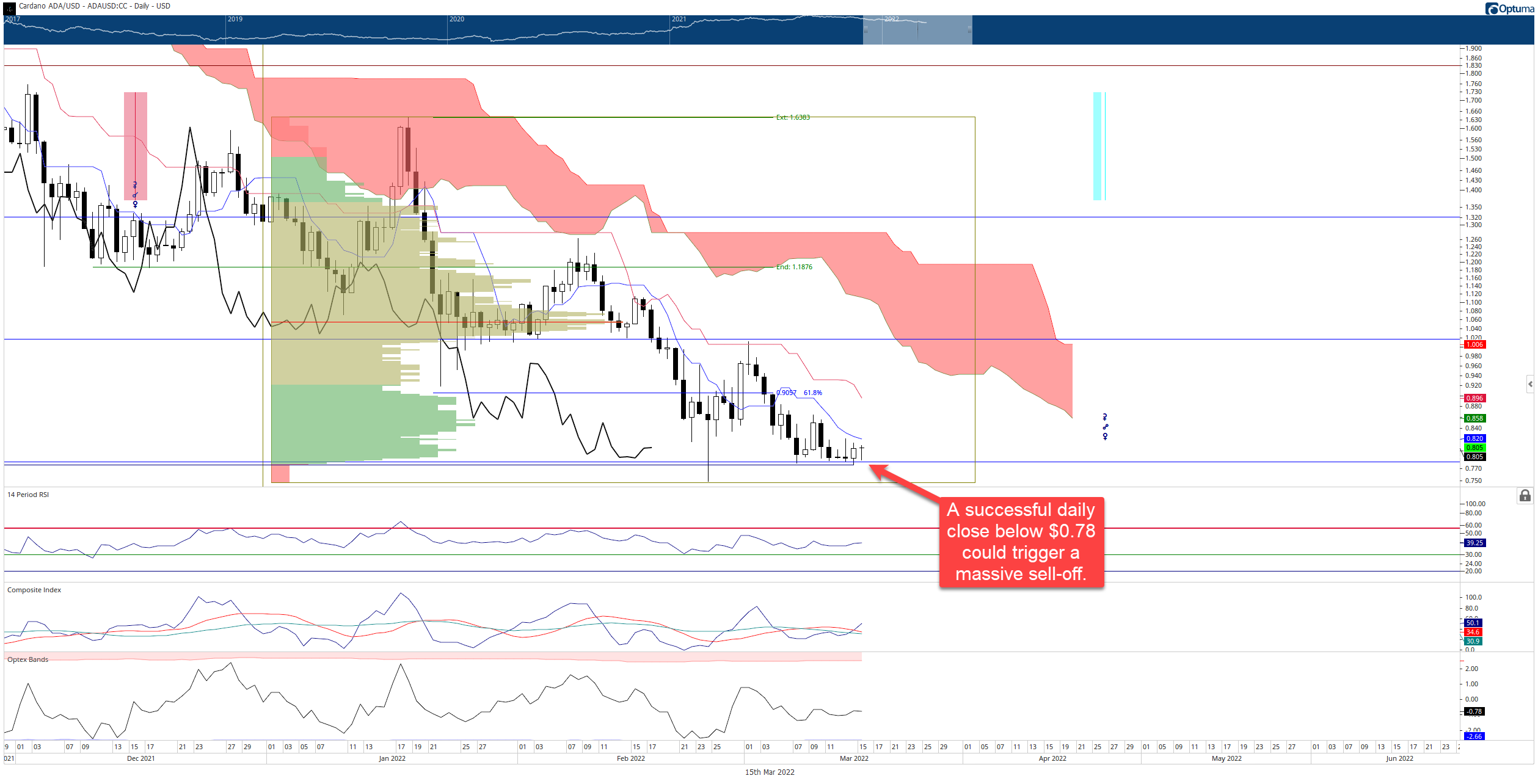 ADA/USD Daily Ichimoku Kinko Hyo Chart
$0.78 is the critical 61.8% Fibonacci retracement of the all-time high to the low of the strong bar on the monthly chart at $0.33. On its daily chart, it is the final primary support level for Cardano price.
However, Cardano’s Point and Figure chart shows that a powerful bullish pattern may play out if Cardano price can catch a bid.
A hypothetical long setup is now present for Cardano price with a buy stop order at $0.88, a stop loss at $0.80, and a profit target at $1.22. The trade idea represents a 4.25:1 reward for the risk. A trailing stop of two to three boxes would help protect any implied profit made post entry. 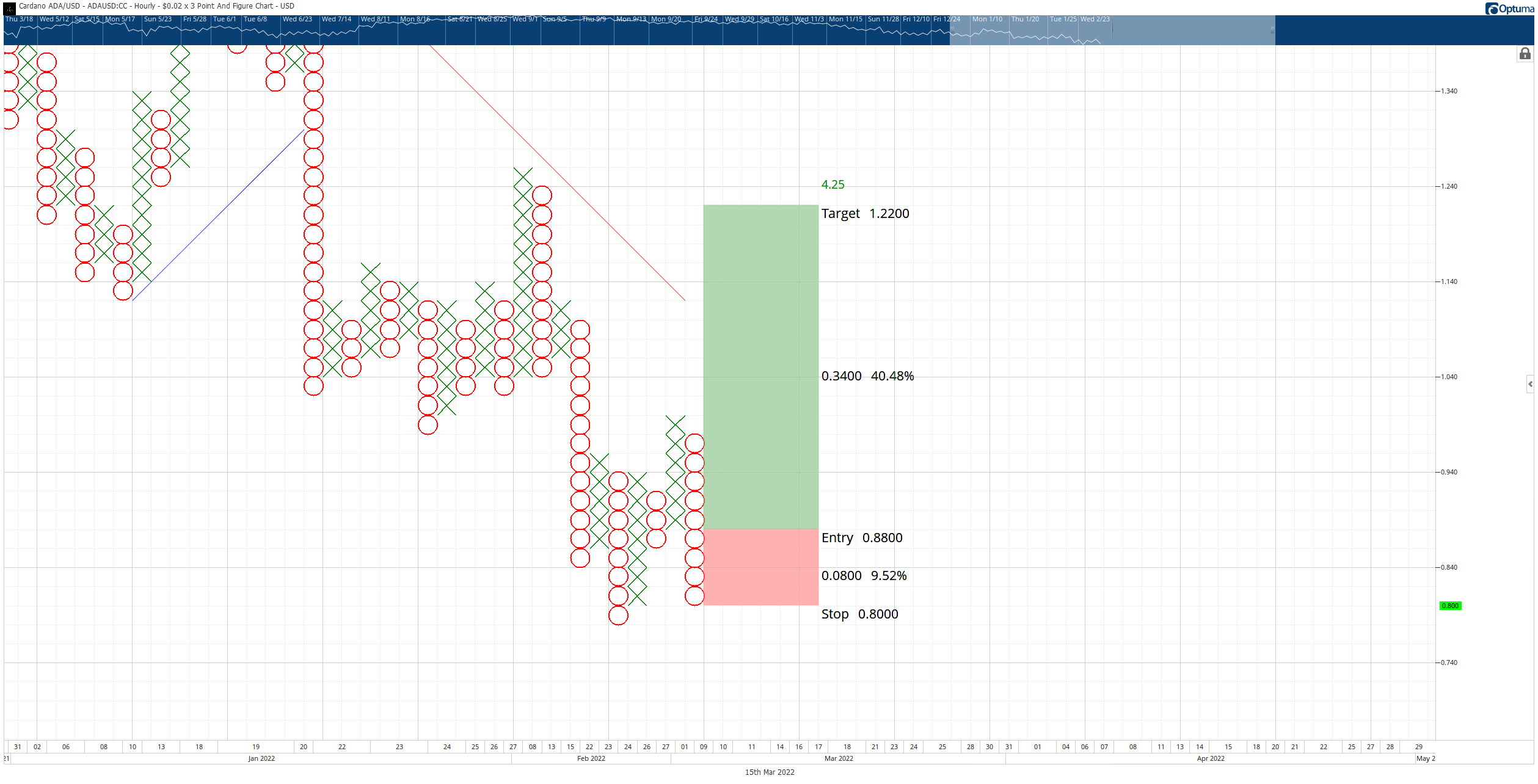 ADA/USD $2.00/3-box Reversal Point and Figure Chart
The long trade idea is based on a Point and Figure pattern known as a Bearish Fakeout. Bearish Fakeout patterns often develop as the primary or confirmatory higher low that precedes a broader bullish trend reversal or corrective move.
The hypothetical long idea is invalidated if Cardano price prints a new O at $0.78. Failure to hold the $0.78 price level could generate a flash crash to the next high volume node at $0.35 to $0.40.