Bitcoin price has been through a massive sell-off that is still affecting the entire cryptocurrency ecosystem. BTC currently sits under a crucial level, which will decide its next course of action.

On September 7, El Salvador sealed the deal made on June 9 as it distributed $30 worth of BTC to each of its citizens who downloaded the new crypto wallet. Bitcoin was essentially air-dropped to the state-issued wallet known as Chivo. While there were protests, the country has officially started using BTC and even bought roughly 150 BTC during the September 7 flash crash.

While these developments are encouraging and boost the confidence of cryptocurrencies, they will do much for remittances. El Salvador, a country that receives roughly $6 billion in remittances, will have a massive boost going forward. However, it will be disastrous for companies like MoneyGram or Western Union that make the transfers happen.

Although this change will take place gradually, Western Union and MoneyGram could lose out on $400 million in fees if large-scale adoption picks up. However, co-founder of PowerTrade Mario Gomez Lozada thinks that this number could go up to $1 billion.

Despite this bullish news, billionaire Leon Cooperman says that Bitcoin “does not make a great deal of sense.”

Bitcoin price stuck in the middle

Bitcoin price dropped a whopping 18% on September 7 but closed the day with only 11% losses. While this drop wiped off billions of dollars, recovery for the big crypto is yet to start. Unlike altcoins, BTC is still struggling to rise to the pre-crash levels, while many altcoins have rallied to new highs.

From its current standpoint, the pioneer crypto’s situation looks grim as it is trading under the previous monthly close at $47,157. A decisive close above this barrier will improve the chances of recovery, but failing to do so might put it in a lot of trouble.

Assuming BTC converts the $47,157 resistance barrier into a support level, investors can expect the bellwether crypto to rally 12% to reach pre-crash levels at $52,672. Since this level is inside the fair value gap created on May 13, Bitcoin price could extend this uptrend and tag $56,717. 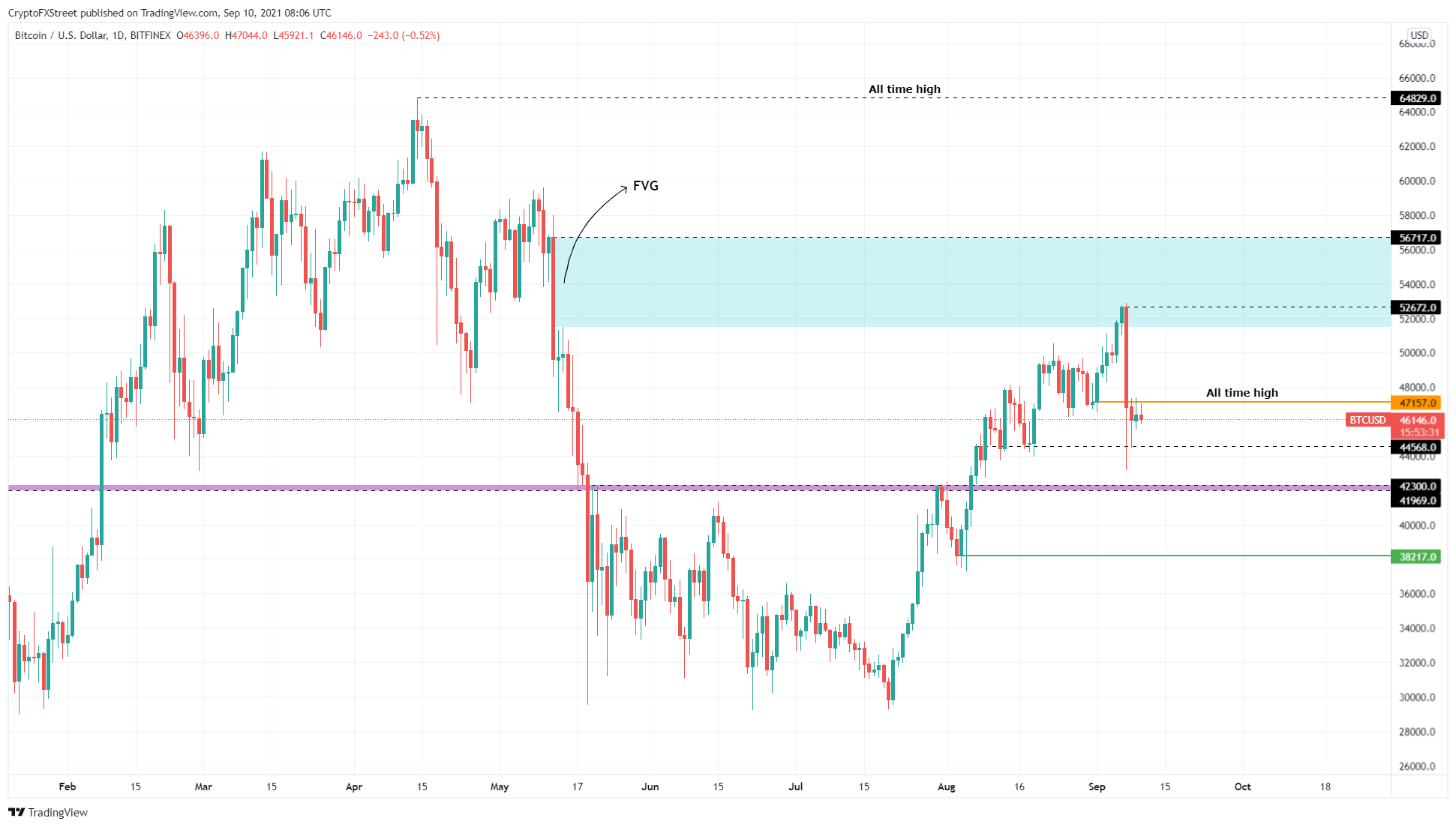 Santiment’s 30-day Market Value to Realized Value (MVRV) model supports this bullish outlook, which shows that BTC is an opportunity zone. This fundamental index tracks the average profit/loss of investors who purchased BTC over the past month.

Further adding a tailwind to this bullishness is the increase in the number of whales holding between 10,000 to 100,000 BTC. From September 4 to September 10, two new investors joined this category, which serves as a proxy to their bullishness on BTC.

On a similar note, the bullishness of holders can be seen in the supply on exchanges metric, which shows roughly 20,000 BTC left centralized entities between September 8 and September 10. All of which points to the investors’ sentiment, which is bullish.

While things look optimistic for the big crypto’s short-term future from a technical and on-chain perspective, it still needs to overcome a huge cluster of underwater investors who purchased BTC around the $53,275 level.

Here roughly 6.12 million addresses purchased 2.59 million BTC and are  “Out of the Money.” Therefore, clearing the August monthly close at $47,157 will just be the first hurdle and would not open up the path for BTC.

Assuming the buyers fail to come through and help breach $47,157, Bitcoin price will likely revisit $44,568. Or in a worst-case scenario, it could retest the $42,300 to $41,969 support barriers. Here, the bulls have another chance at a comeback, but squandering this opportunity will invalidate the bullish thesis and push BTC to $38,217.