Bitcoin (BTC) pulled back after approaching initial resistance at $32,000. Short-term momentum is improving, which could keep buyers active above the $30,000 support level as bullish sentiment returns.

Buyers have consistently taken profits along the intermediate-term downtrend defined by a series of lower price highs on the charts. There is strong resistance around $32,000-$34,000, which could limit upside price moves.

Bitcoin was trading around $31,700 at press time and is roughly flat over the past week. 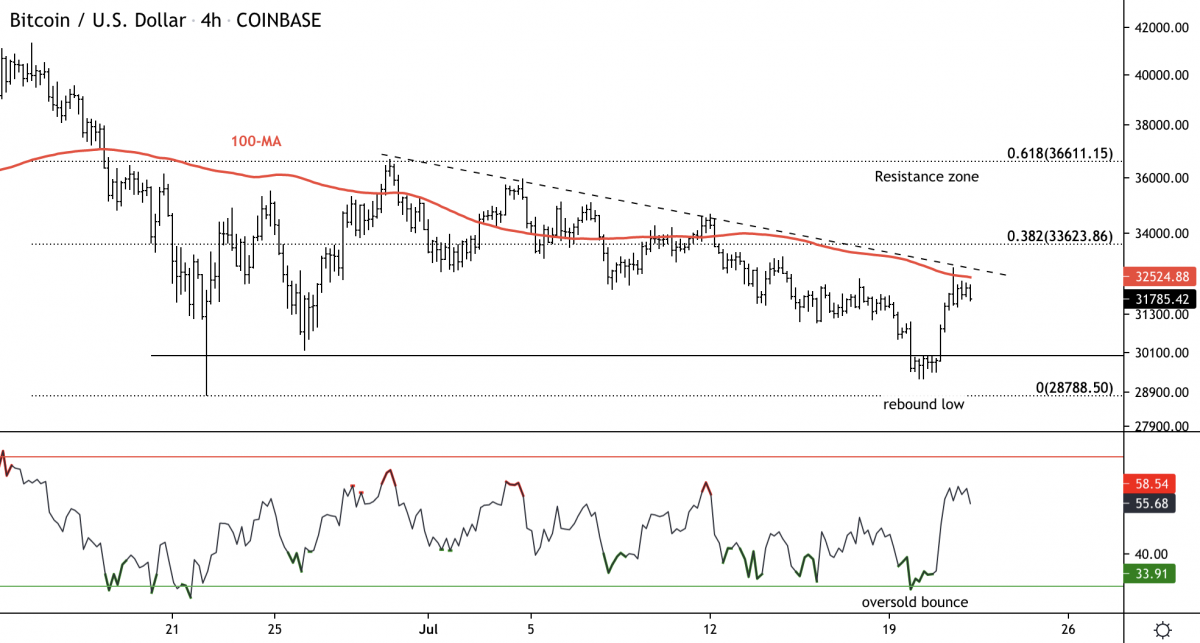