Bitcoin (BTC) price saw bulls last week trying to reclaim the $50,000 marker, but this week the attempt got rejected and formed a bull trap in the making. Instead, it looks like BTC will close the year on the back foot. Going into 2022, this means that Bitcoin could see investors picking up the lucrative discount around $44,088-$43,030, with 2022 forecasted to be a grand-cru year with new all-time highs projected over $100,000.

Bitcoin price had bulls looking optimistic last week with a strong recovery back above $50,000. Instead, the bulls got rejected this week at that same level and underwent a squeeze to the downside. Target looks to be set around $43,560. That is right in the middle between two historical levels and bang on the S2 monthly support level that also caught the falling-knife price action two weeks ago.

As many forecasts for 2022 have been published this week and will still be published in the coming days, expect investors to spot the bullish target set forward for Bitcoin and be interested in picking up the discount that is currently marking Bitcoin price. Thus, going into Christmas and New Year, expect that some bullish sparks could emerge and see BTC bouncing off that low area around $43,560. A bounce back to $50,000 by the end of the year would set up a rally going into 2022. 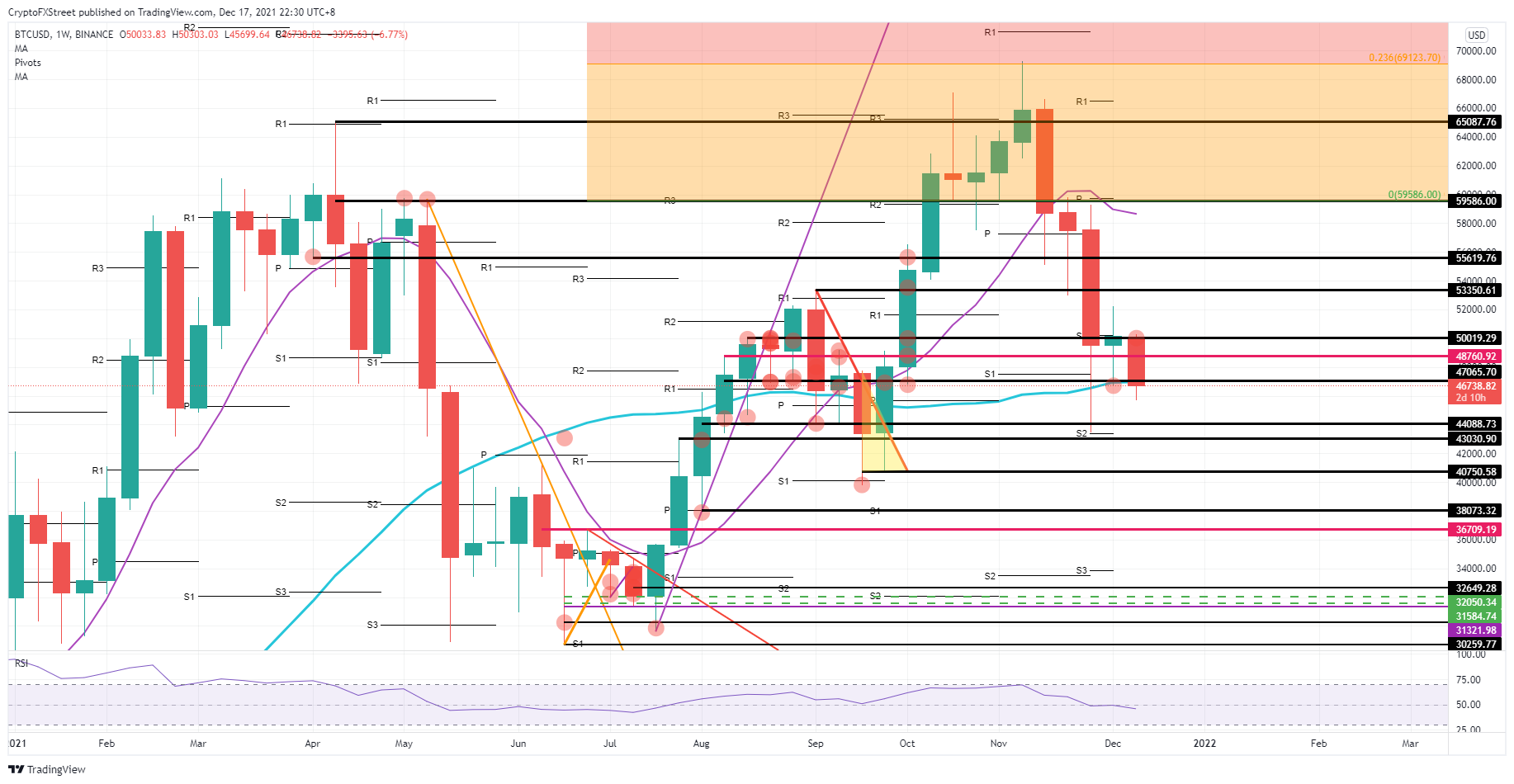 The one thing that could trigger more bearish sentiment is the 200-day SMA that could act as an entry point for more bears to enter the trade and continue to weigh in on the price action. BTC bulls would start to flee the scene, taking their losses, and not return before next year. This would give bears a free ticket to push the price even further towards $40,750, testing the psychological $40,000 level that should hold going into 2022.