Bitcoin (BTC) price action is currently controlled by bears who are trapping bulls in their attempt to overcome the downtrend Bitcoin has been in since the beginning of September. A retest of the base of the bearish triangle looks to be happening anytime soon, around $40,750. A break lower would make bears push for the next supportive level at $38,073.

Bitcoin price is very much in the hands of the bears for most of September. In the recent development of price action, bulls have had no chance to break out of the trend. Instead, their attempts are met with ample firepower from bears trapping the bulls and then saddling them up with huge losses on their long positions.

That was the case on September 18 and 23 in BTC price action. Bulls attempted on both dates to make a run for a breakout. Hitting a curb each time made sellers come in and further push price action in BTC downwards. On September 18, a false breakout occurred at $48,742, and on September 23 the monthly pivot at $44,694 got rejected and was met with paring back gains toward the base of the bearish triangle at $50,750. 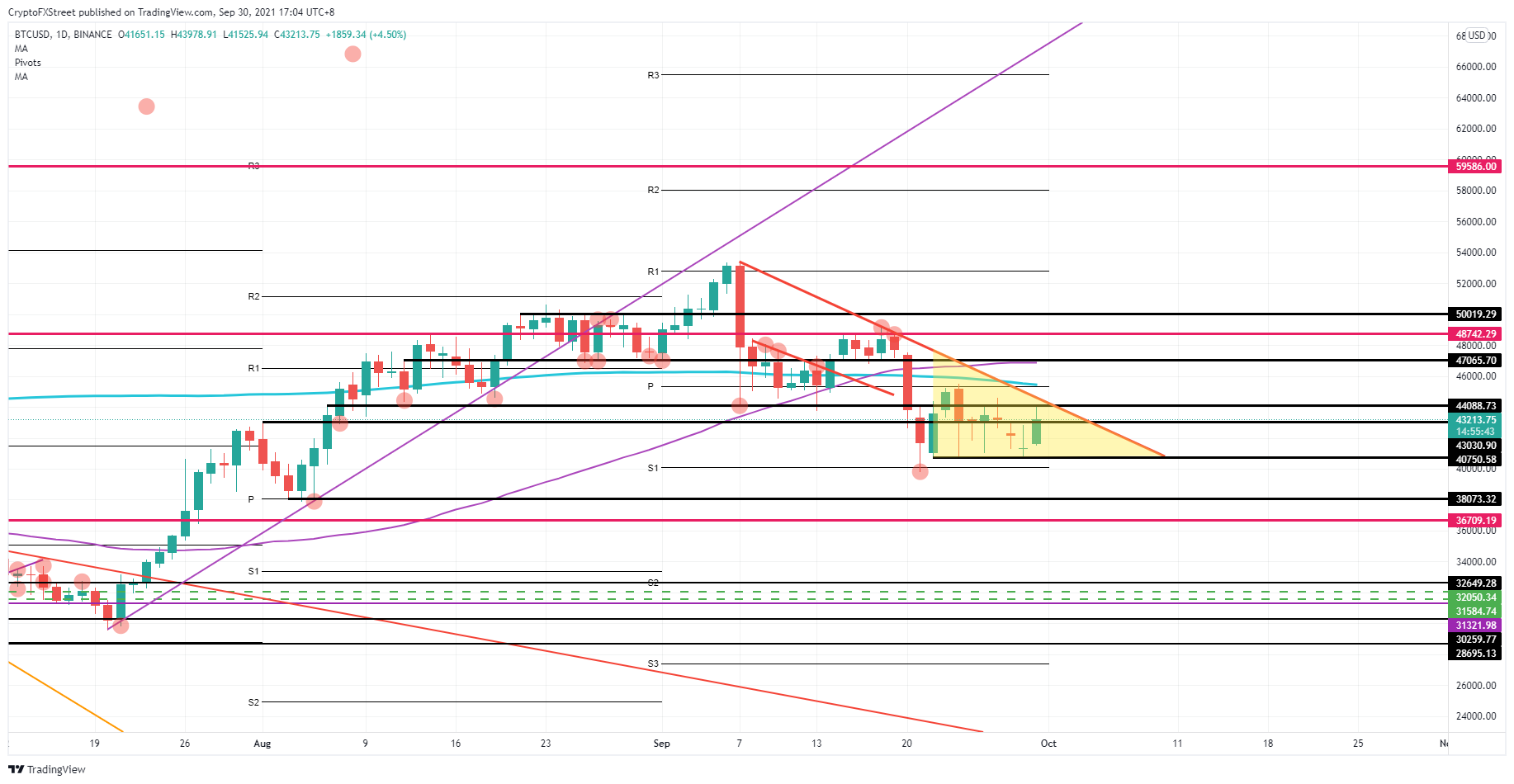 With overall sentiment in the markets not clear toward risk-on or risk-off, expect more sideways action to come in BTC price action, with the bearish triangle as a guide. A retest of the base at $40,750 looks imminent, and a break lower would get quickly done if markets have another down day like this past Tuesday. From there, it is not far to make the drop to $38,073.

Bulls in Bitcoin will want to wait and stand on the sidelines before picking up some BTC at the proper discount. If market sentiment shifts back to full risk, expect most buyers to pull the trigger quite rapidly and try to break out of the bearish triangle. A first pause is foreseen near $45,440, where the monthly Pivot sits together with the 200-day Simple Moving Average (SMA).