Axie Infinity (AXS) was on the cusp of breaking below $44.45, but markets turned in sentiment just in time to avoid retesting the level. As a result of the turnaround shift towards risk-on, both equities and cryptocurrencies are feeding off each other for tailwinds, which have already returned AXS bulls a solid 9% since Tuesday. As for today, the bar looks set at $56.07, the high of Monday, and for later this week, even $65.00 could be hit if this rally keeps popping higher.

Axie Infinity is no outlier in relief rallies and is enjoying some tailwinds to make some breakout profits. From a technical trade point of view, AXS bulls already have 9% of gains on the books since the turnaround yesterday and are set to add another 9% more once $56.07 has been hit later in the US session. With a break and preferably a daily close above $56.07, a robust and bullish signal would be delivered to the markets, attracting even more buyers to join the rally as yet another 18% is on the table with $60.36 as the next profit target and $65.00 as the ultimate level.

AXS bulls are thus in for a very well-balanced trade and rally. The Relative Strength Index (RSI) will not crash the party. The index is only starting to shift away from barely being oversold and now trades at more moderate levels, with still plenty of room before being overbought. With that, it is up to investors and bulls to sit on their hands and wait for AXS price action to hit $65.00, where the 55-day Simple Moving Average (SMA) and the monthly pivot intersect with one another. 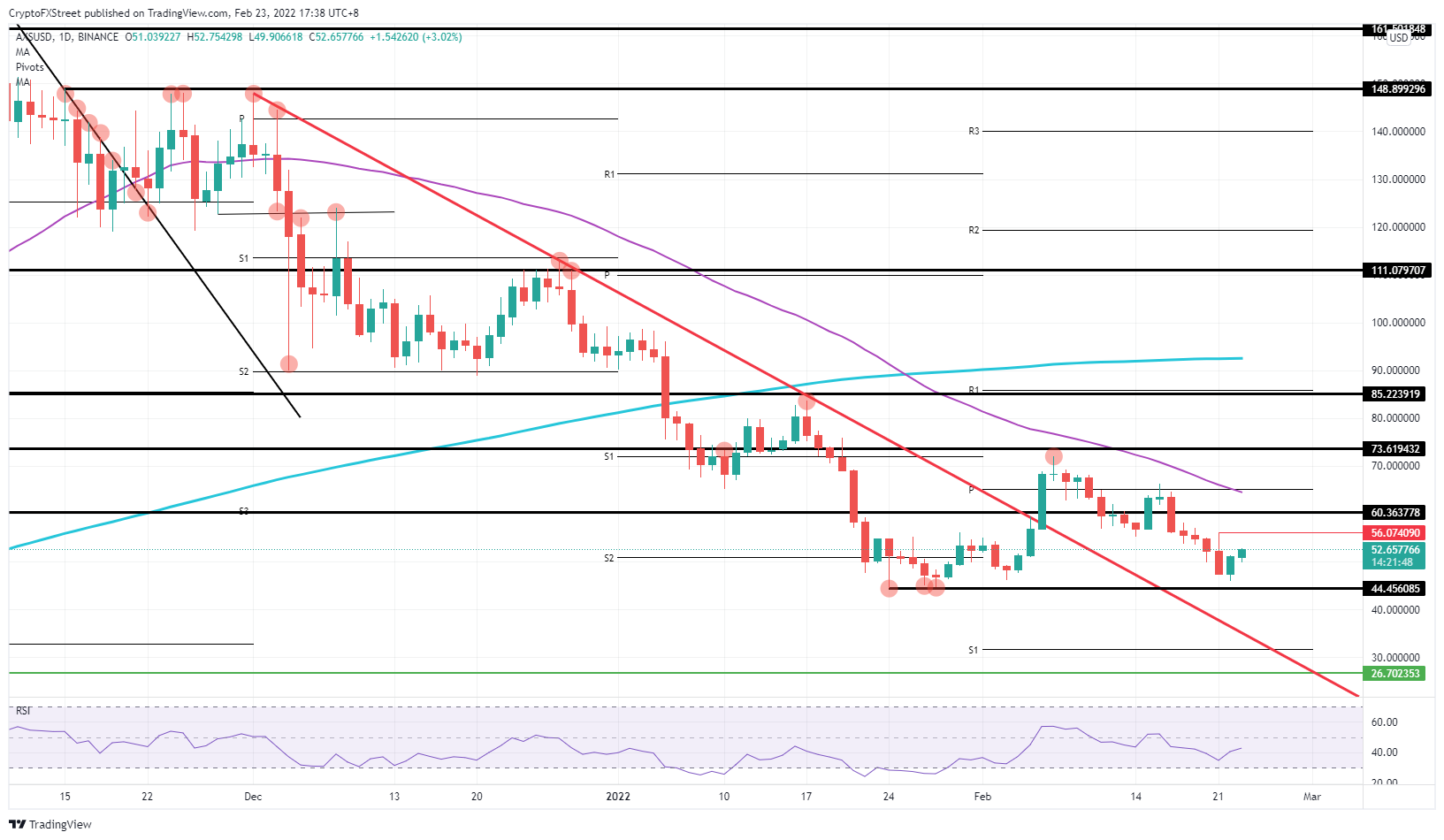 Although the geopolitical situation has moved slightly to the background, do not expect this to be over. Any new sanctions or retaliation in any form could easily see markets falling on the back foot again. If that should happen, the gains from today and Tuesday will be erased as non-existent. Following a breach below $44.45, the next supportive known level will be around $26.70 –  below $30.00.