Axie Infinity price has witnessed a steep correction after an exponential rally. Following a massive downtrend, AXS is nearly close to bouncing off a stable support level. However, this barrier is below the current position, suggesting that the altcoin might head lower.

Axie Infinity price rallied roughly 917% between June 22 and July 15 to hit a new all-time high of $29.09. As impressive as this uptrend was, the 48% downswing that followed it was extremely steep.

AXS is currently trading at $15.38 and could potentially reverse its down move. However, investors should not neglect the possibility of a retest of the support level at $13.57. In some cases, a breakdown of this barrier could push AXS down to the high probability reversal zone extending from $12.84 to $8.38.

A decisive daily candlestick close above it will prove the buyers’ intention and propel the altcoin up by 23% to tag the swing high at $19.55. 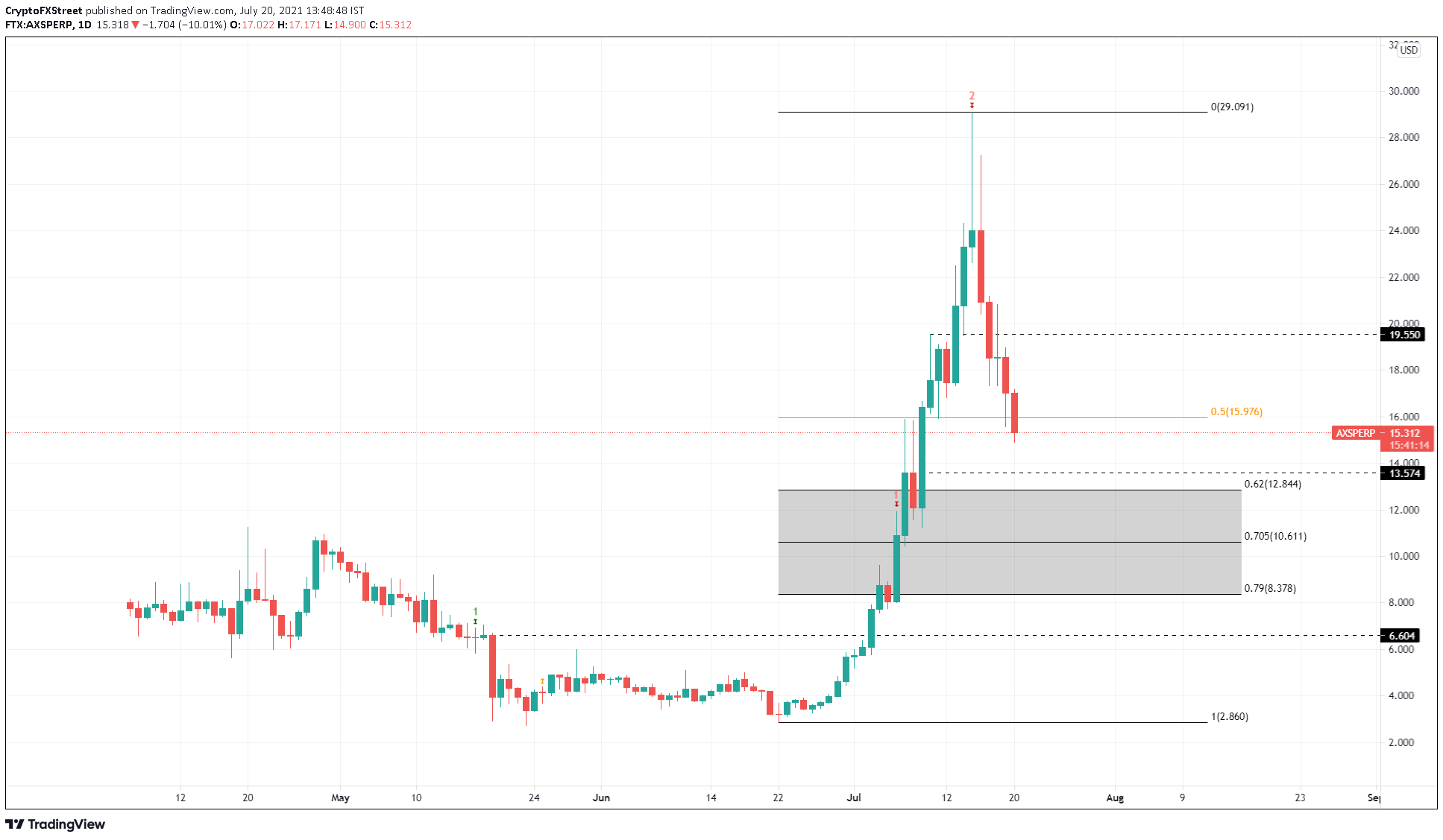 On the flip side, if Axie Infinity price slices through the 70.5% Fibonacci retracement level at $10.61, it will indicate that the sellers are in control. A breakdown of the subsequent support floor at $8.38 will invalidate the bullish thesis though.

In such a case, AXS could slowly head toward the $6.60 demand barrier.