Axie Infinity price has a very high probability of moving beyond the projected 15% drop to the weekly Tenkan-Sen ($112) in the near term. The volume profile has a precipitous drop between $114 and $70. Consequently, the weekly Kijun-Sen is at $80 and shares the same high volume node near $70.

The likelihood of a fall to the $70 -$80 support zone increases with the current status of the Relative Strength Index (RSI). The RSI is trading between the two overbought levels in a bull market, 80 and 90, for the past 20-weeks. The current weekly candlestick is the first in 20 weeks to spend any considerable time below the 80 mark. This is a warning that any retracement could be strong and sustained. 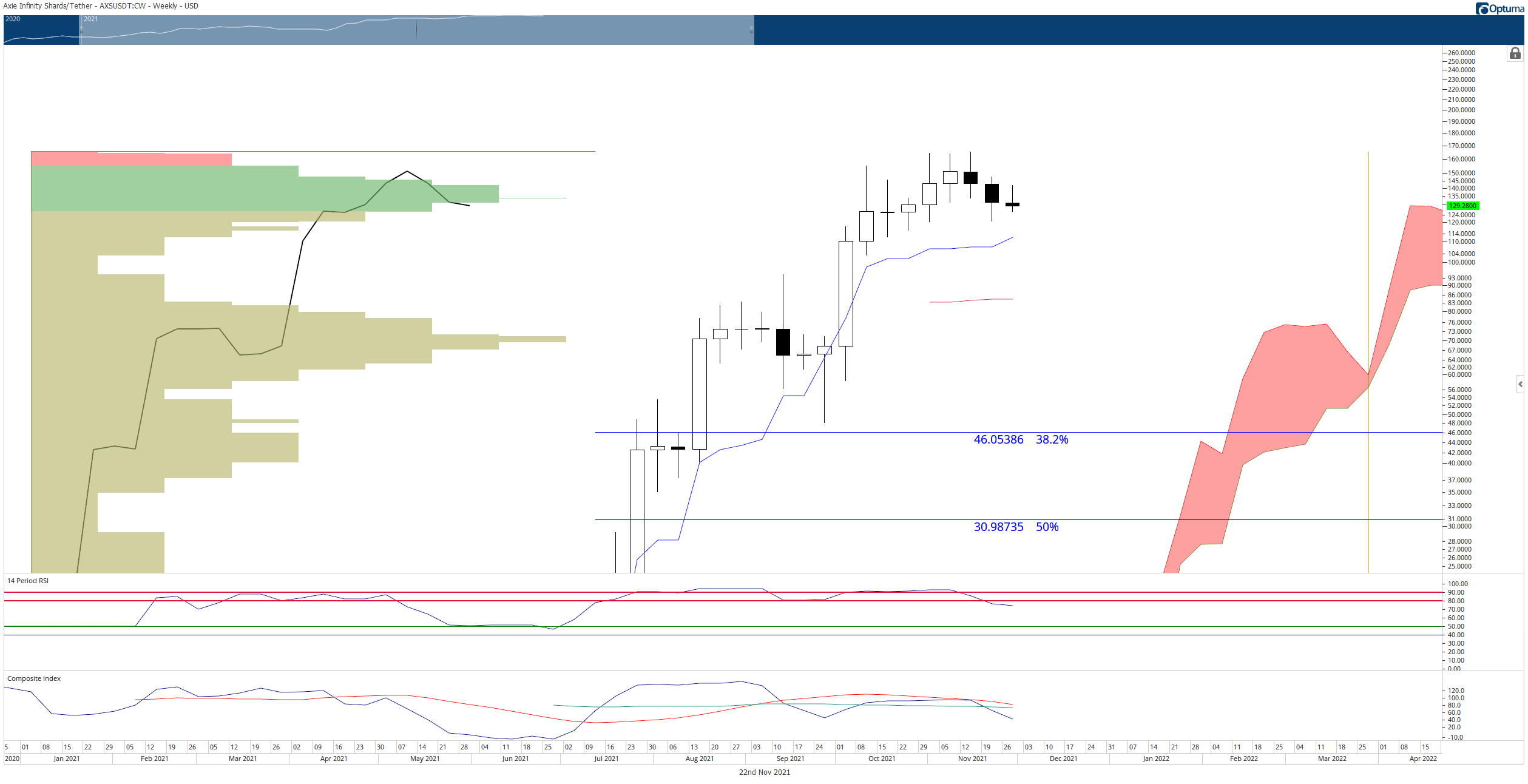 However, bears shouldn’t be overconfident nor expect a straightforward deep sell-off. Axie Infinity price has respected the Tenkan-Sen as its primary support level since the beginning of July. Additionally, sentiment, fundamentals, and forward guidance continue to support higher valuations for Axie Infinity price. If AXS does dip lower to the Tenkan-Sen at $112 and finds support, then Axie Infinity could be poised for another move to all-time highs. This time, targeting the $200 value area.