XRP price set up a bullish continuation pattern from February 3 to March 11. The recent breakout saw Ripple provide gains for its holders until it began retracing. However, the altcoin seems to be making a comeback.

XRP price action from February 3 to March 11 set up a bull pennant continuation pattern. This setup contains a massive uptrend also known as a flag pole followed by a consolidation known as a pennant.

The technical formation forecasts a 31% ascent to $1, determined by adding the distance between the flag pole and adding it to the breakout point at $0.76. On March 11, Ripple breached the upper trend line of the pennant, signaling the start of a bullish move.

Since then, XRP price has rallied 10% and retested the first hurdle at $0.85 and is currently trading at $0.83. A recovery from the pullback is likely going to trigger another ascent for Ripple, propelling it by 10% before reaching the next hurdle at $0.91.

Clearing these blockades will open the path for XRP price to revisit the $1 psychological level after more than two months. 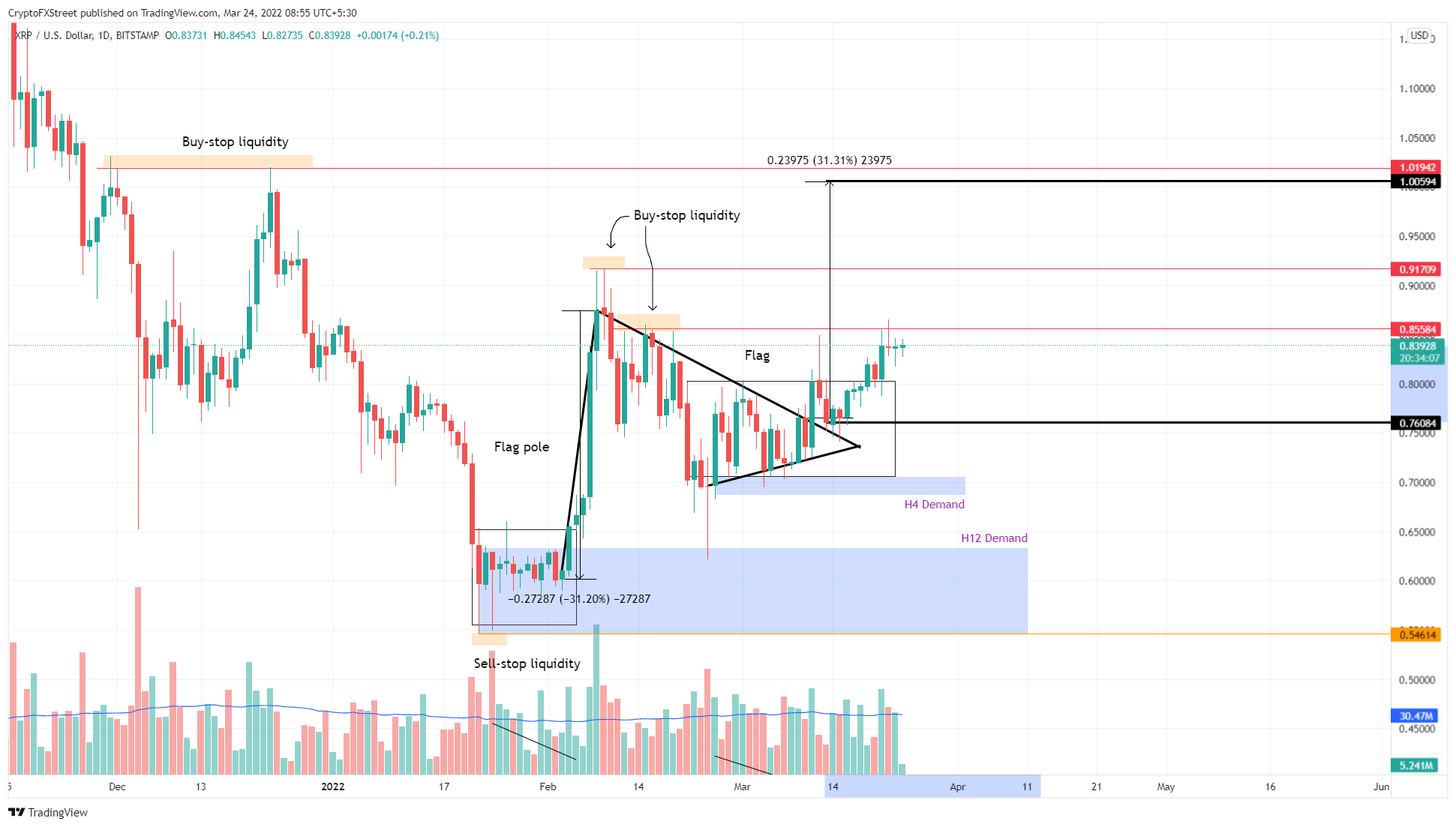 While things are looking up for XRP price, a daily candlestick close below $0.76 will create a lower low and invalidate the bullish thesis. In this situation, investors can expect Ripple to slide lower and retest the four-hour demand zone, extending from $0.68 to $0.70.