Bitcoin blasted above its old high after Monday’s upswing towards $20,000, suggesting that the altcoin season is about to take off. At the time of writing, Bitcoin is trading at $19,700 following a rejection from the new all-time high (ATH).

Are altcoins like Ethereum, Ripple and Litecoin poised to rally?

In the last two bull cycles where Bitcoin has broken above its old ATH, altcoins have tended to rally. For instance, Litecoin broke out in 2014 after Bitcoin lifted above its previous high of around $250. LTC hit highs close to $50 in 2014 while Bitcoin rallied to $1,200. 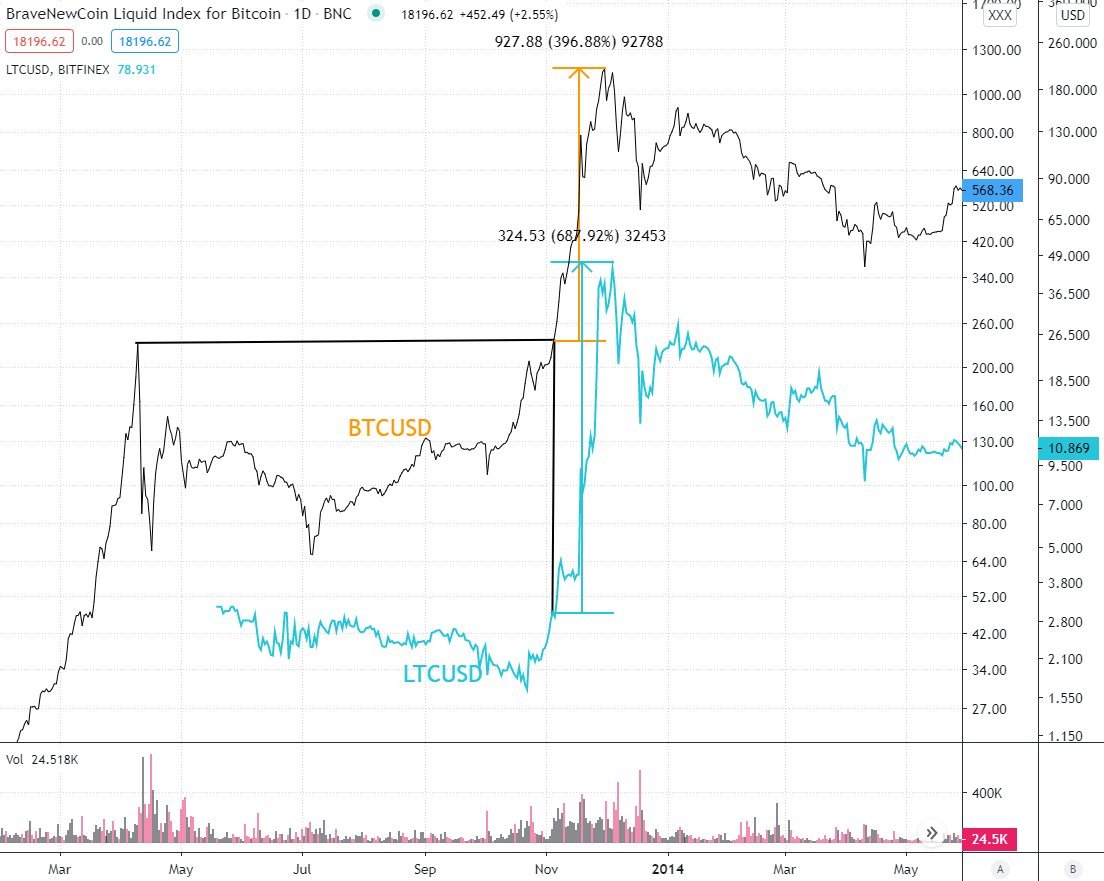 Ethereum and Ripple also rallied significantly following Bitcoin’s halving in 2016, which set the rally framework in 2017. Ether lifted to an all-time high at $1,420 in January 2018, several weeks after Bitcoin had achieved the highest peak in history during the bull run in December 2017. Similarly, Ripple followed in Bitcoin’s footsteps and reached an all-time high of $3.34.

According to CoinMarketCap, Bitcoin dominance has started to go down now that altcoins are waking up from their slumber. Currently, the flagship cryptocurrency dominates 62.2% of the market, leaving altcoins with 37.8%. A significant decrease has been realized in the last two weeks from BTC’s 64.8% dominance on November 16.

As Bitcoin dominance dwindles, altcoins are expected to sustain the bullish outlook and perhaps start another altcoin season. Particularly, Ethereum could jumpstart the altcoin season if it rallies following the launch of Ethereum 2.0.

However, it is essential to realize that there might be pullbacks before altcoins begin their much-anticipated season. The reversal will offer opportunities to buy before the cryptoassets resume the uptrends.

In the meantime, investors are waiting to see what happens with Bitcoin; will the flagship cryptocurrency pullback significantly, or will the price rally to the target at $22,500 as discussed earlier?