The US labor market continued its erratic improvement in November adding far fewer jobs than expected but with a sharp decrease in the unemployment rate and the best labor participation since March 2020.

Payrolls have been volatile in the second half of the year, jumping by more than a million in July, then falling to 366,000 in August and 312,000 in September.

The unemployment rate (U-3) dropped to 4.2% from 4.6%, a slight gain to 4.5% had been predicted. The underemployment rate (U-6), which has a much wider definition of involuntary joblessness, dropped to 7.8% from 8.3%. A rise to 8.4% had been forecast. The Labor Force Participation Rate, a measure of the number of working age people with jobs, rose to 61.8% last month. This is the highest rate since 62.3% in March 2020, the final month before the pandemic closed the US economy.

The unemployment rates are compiled from the Household Survey which polls residences and asks if members are working or not and for how long. This survey reported 1.1 million new jobs in November. Nonfarm Payrolls are assembled from employer reports augmented by the Bureau of Labor Statistics estimates for the number of jobs created by newly formed businesses.

Average Hourly Earnings were unchanged for the year at 4.8%, less than the 5% forecast.

Treasury yields moved  down and stocks fell as the weakness in hiring combined with fears that the new Omicron variant foretells a reduction in global economic growth.

Federal Reserve Chair Jerome Powell’s assertion in Congressional testimony earlier in the week that the bank might advance its taper schedule to fight inflation did not dissuade credit markets.

The yield on the 10-year Treasury lost 9 basis points to close at 1.356%. This brings its loss to 29 basis points since the announcement of the new viral strain last Thursday.  It was the lowest return for this commercial benchmark note since it closed at 1.41% on September 23.  Treasury rates were lower across the yield curve with only the 3-month unchanged.

The dollar was mixed in the major pairs, falling against the yen and the Swiss franc and their safety-trade status, but rising versus the sterling, aussie and kiwi. 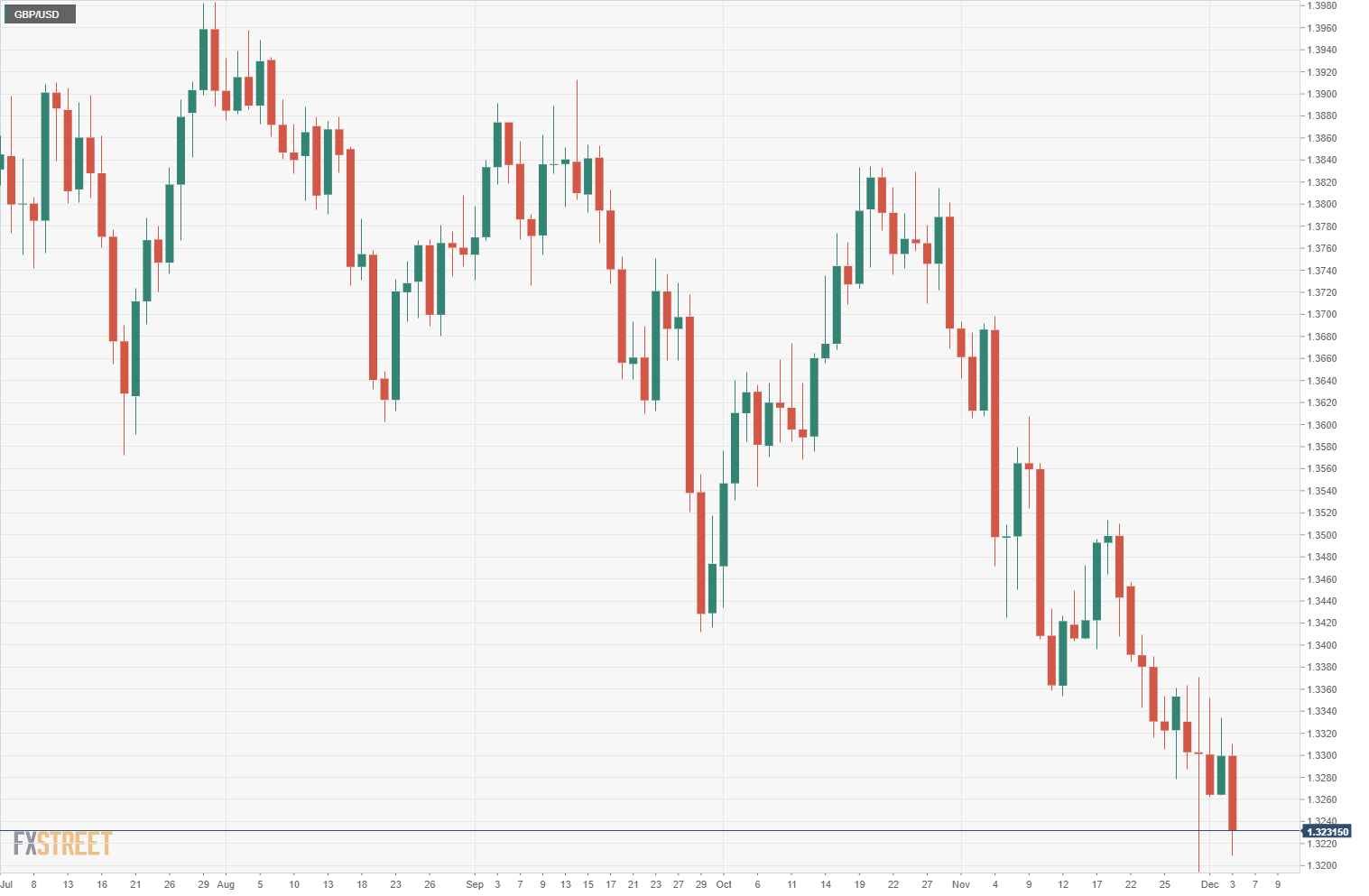