The Aussie rose today after relatively strong employment numbers from Australia. Data by the Statistics Bureau showed that the economy added more than 50,000 jobs in December after adding another 90,000 in November. This increase pushed the unemployment rate to 6.6% and the participation rate to 66.2%. The bureau will release the official retail sales numbers. These numbers came a few days after the Chinese statistics agency said that the economy bounced back by 6.2% in the fourth quarter. As such, there is a high probability that the Australian economic recovery will be faster than estimated.

The euro rose after the European Central Bank (ECB) delivered its interest rate decision. The bank decided to leave interest rates unchanged, in line with its previous forward guidance. It also left its quantitative easing target unchanged. In her statement, Christine Lagarde, the ECB chair warned that the bloc’s growth could be affected by the ongoing wave of the virus. That’s because many countries in the bloc have announced restrictions, which could affect key industries like hospitality and tourism. Earlier on, central banks in Norway and Japan also left their rates unchanged.

The US dollar declined today after Joe Biden’s inauguration. The dollar index declined by 0.32%, continuing a trend that started on Tuesday. Traders are generally looking forward to more stimulus from the current administration as Janet Yellen proposed. Data from the US showed that building permits rose to 1.704 million in December from 1.635 million in the previous month. In the same period, the housing starts rose from 1.547 million to 1.6 million. And last week, more than 900,000 Americans signed for initial jobless claims.

The EUR/USD is trading at 1.2143 after the ECB decision. On the four-hour chart, the price is slightly below the important resistance at 1.2158. It has also moved above the descending trendline. It is also between the middle and upper line of the Bollinger Bands while the RSI has continued to rise. Therefore, while the pair will likely continue rising, bulls will need to move above 1.2158 first. If this happens, the next level to watch will be 1.2223, which is the highest level since January 13. 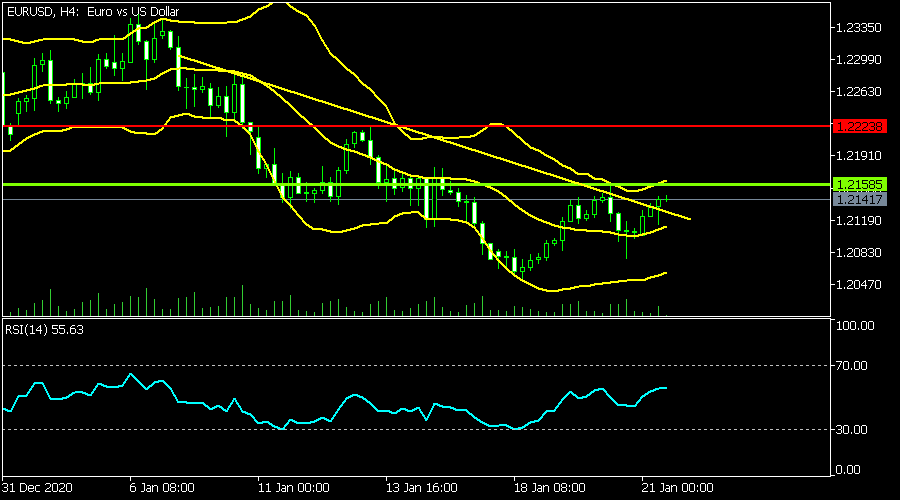 The GBP/USD rose to an intraday high of 1.3747, which is the highest it has been in more than 2 years. On the hourly chart, the price managed to move above the important resistance at 1.3718. The price is also above the 25-day exponential moving averages and the envelopes indicator. Similarly, the average directional index has risen to 62, which is a sign of the strength of the trend. Still, there is a possibility that the pair will have a reversal in the near term. 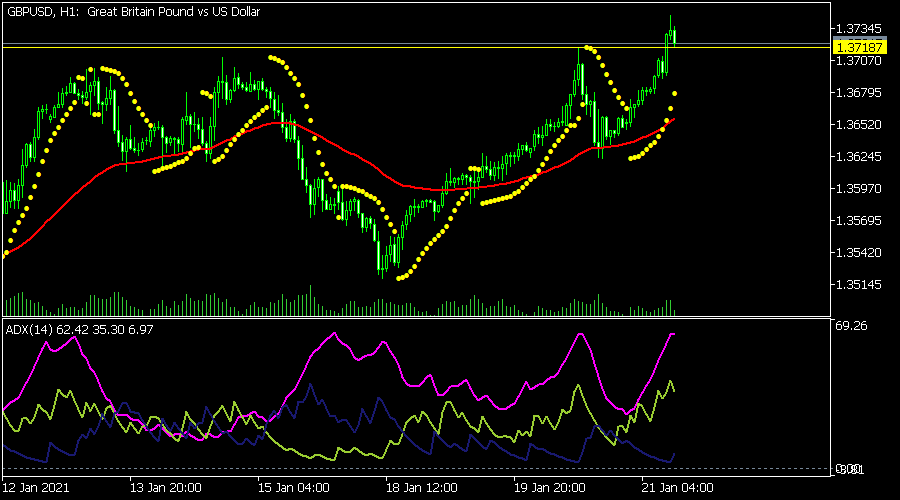 The AUD/USD pair rose today after the strong economic numbers from Australia. It is trading at 0.7770, which is between the upper and middle lines of the ascending channel. It has also moved above the 25-day moving average while the Relative Strength Index (RSI) has continued to rise. The pair will likely continue rising as bulls target the upper side of the channel at 0.7800. 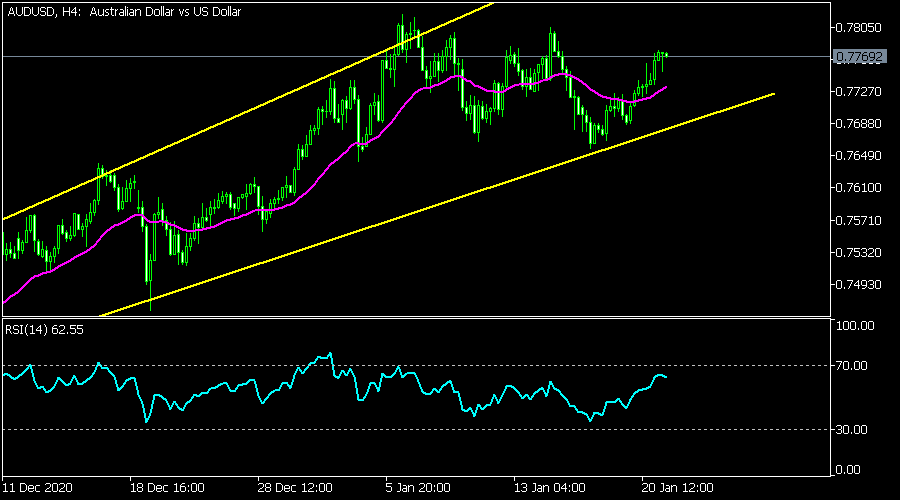 EUR/USD pierces 1.20 after the ECB, as market's mood turns sour

EUR/USD is trading  sub-1.2000 but near the figure, in a mixture of upbeat US employment data and plummeting Wall Street. US equities sunk following reports of US President JOE Biden's plan to hike capital gains tax.

Gold extended its steady intraday descent and dropped to fresh daily lows, around the $1,782 region during the mid-European session. The precious metal witnessed a modest pullback from the vicinity of the $1,800 mark.

The equity market continues to remain robust despite the Netflix nightmare. Equities racked up further gains on Wednesday with all major indices closing in the green.