Gold prices are ending a third consecutive week in the red, collapsing towards the 1,670.00 level at the end of the week. The metal has been under pressure amid a stock market run, based purely on hopes of economic recoveries. Market players decided to ignore most of the negative factors that surged these last few days, including renewed stress between the US and China and riots in the world’s largest economy.

The US Nonfarm Payroll report released this Friday is behind the latest leg lower, as the economy surprisingly added 2.5 million jobs in May, while the unemployment rate increased to just 13.3%, against expectations of 19.8%. The numbers boosted hopes for an economic pickup, and equities soared, with US indexes soaring to their highest in three months. The dollar was only able to appreciate against safe-haven rivals.

As said, the market ignored negative factors, and the riskiest for gold is mounting tensions between the US and China. The latest has trim part of its agricultural buys to the country, while the US administration announced on Wednesday it barred Chinese passenger carriers from flying to the US starting June 16. Opposite to China, that’s allowing more foreign carriers to fly into the mainland. None of the parts involved has mentioned putting an end to their trade deal, but China warned the US is provoking a new “cold war,” accusing Washington of damaging the relationship with Beijing.

The US imposed new sanctions on 33 Chinese firms and institutions to take effect on June 5, blacklisting them for helping Beijing. On Friday, China’s Commerce Ministry announced it vows countermeasures against the US list of entities.

Macroeconomic data have little to offer

Despite improvements in services and manufacturing output in the US, the official ISM indexes remained in contraction territory in May. As said, employment also improved, but there’s nothing to cheer about a 13.3% unemployment rate. The long path to recovery does not even start. Also, Factory Orders were better than anticipated, but down by 13% in April. In the same month, the Trade Balance posted a deficit of $49.4B, larger than anticipated.

The market has already priced in those terrible numbers way ahead of the respective releases, and will likely pay little attention to April and May data. With that in mind, the most relevant macroeconomic release next week will be the preliminary estimate of the Michigan Consumer Sentiment Index, seen bouncing from 72.3 to 75. The US will also publish May inflation data, and the usual weekly unemployment figures, although their impact on price action could also be overshadowed by sentiment. 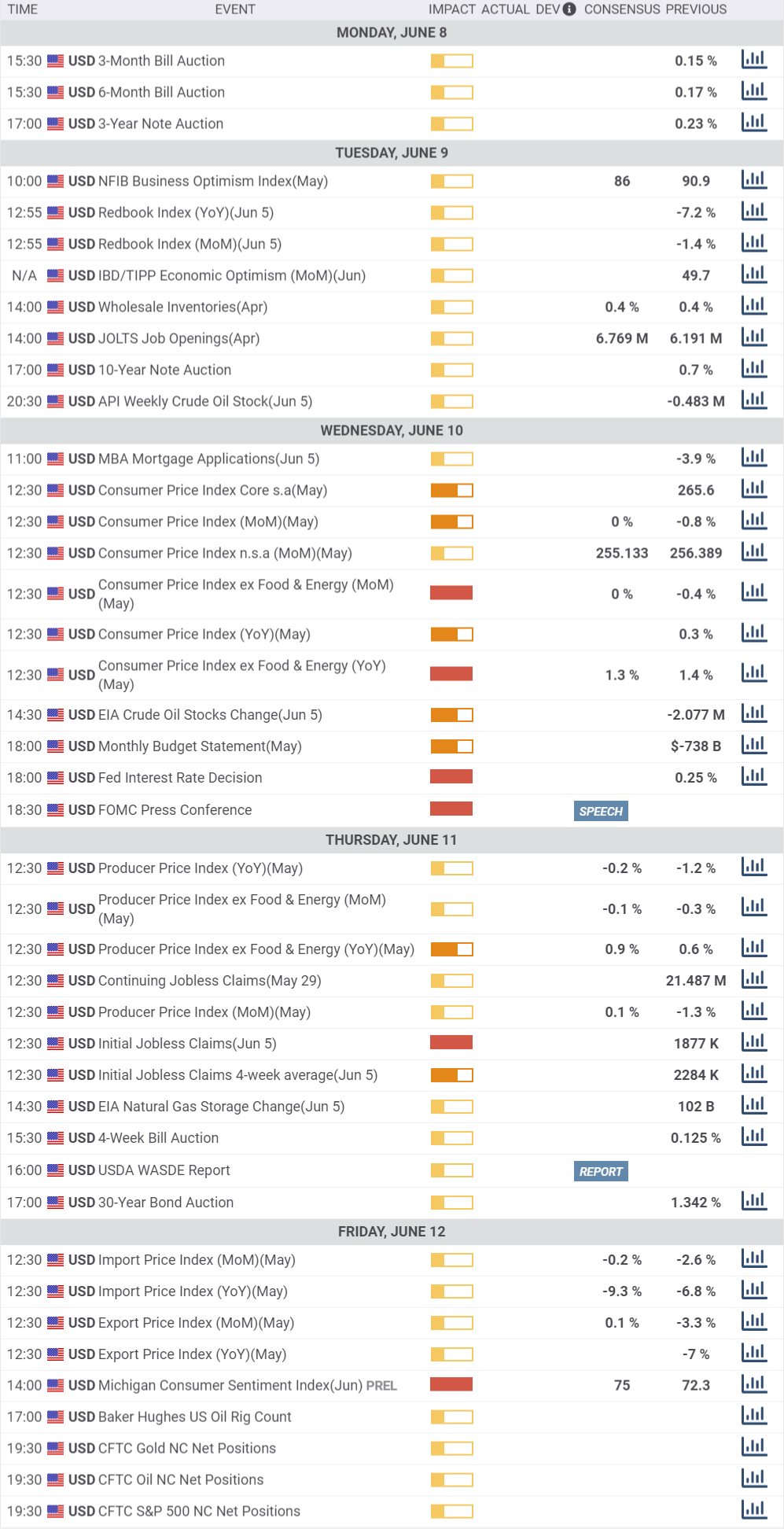 Spot gold trades at fresh five-week lows as the day comes to an end, and as said, approaching $1,670.00 a troy ounce. The sharp decline remains as corrective in the long term, as the weekly chart shows that the commodity continues to develop above a firmly bullish 20 SMA, while over $270 above the 100 SMA. Technical indicators retreated sharply from near overbought readings, although the Momentum indicator stabilised well above its midline while the RSI indicator keeps heading south, but at around 55. Not enough to confirm another leg south.

Technical readings in the daily chart, however, suggest that the decline may continue. The metal collapsed after completing a pullback to a broken 20 DMA. Technical indicators head firmly south within negative levels, and at their lowest since mid-March. 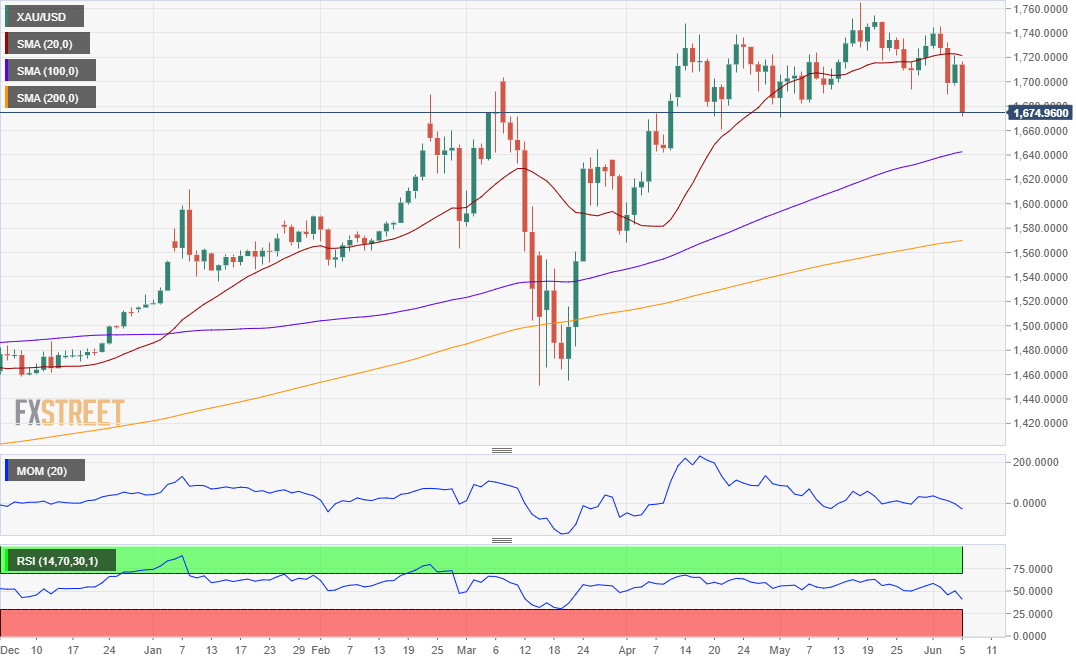 The FXStreet Forecast Poll indicates that speculative interest didn’t see the NFP coming, as most market players are betting for a bullish extension in the short-term towards 1,730. However, a corrective movement was anticipated as the outlook is bearish in the monthly perspective and neutral in the quarterly view. The average target, however, decreases as time goes by.

In the Overview chart, the weekly and monthly moving averages are neutral, but the long-term one is turning south. Still, it seems too early to call for a steeper decline. For now, the decline should be considered corrective.

GBP/USD Forecast: After the big breakout, Boris' Brexit move, UK GDP, and the Fed are keys

AUD/USD Forecast: Is the highest in a year at reach? Fed, relations with China and COVID stats eyed