The GBP/USD pair has spent most of the week trading dully, with the Pound waking up on Friday. If it just were for data, the Sterling should be much higher. But well, there’s also Brexit

UK data released these days was generally encouraging as the latest employment data showed that the ILO unemployment rate rose to 3.9% in the three months to June, although wage growth hit a post-crisis high, with Average Earnings Excluding Bonus up by 3.9% in the same quarter. Also, UK inflation surged in July by 2.1%, beating the market’s expectations of 1.9%. The core CPI in the same period remained unchanged, anyway better than the -0.1% expected. Finally, Retail Sales in the UK unexpectedly rose by 0.2% MoM in July. The market was anticipating a 0.2% decline. Yearly basis, Retail Sales were up by 3.3%. Such figures pushed the BOE one step further away from a rate cut, although that’s no surprise, as Governor Carney had said so multiple times over the last few months.

The Brexit situation seems a bit more chaotic. UK PM Boris Johnson tweeted this week that “we are going to restore trust in our democracy and come out of the EU on October 31st,” and why not explicitly mentioning it, it’s clear that it would be with or without a deal as he said multiple times in the past. Meanwhile, the opposition is working either on calling on a no-confidence vote on Johnson and trigger a general election and on a legal bid to prevent PM Johnson from suspending parliament and force a no-deal Brexit, which will have a full hearing on September 6.

Underpinning the Pound this Friday were news indicating that Jeremy Corbyn spoke with a representative of the Scottish National Party, on how to work together to stop no-deal & let people decide future of the country," hinting tighter cooperation to stop a no-deal Brexit. Still, there will be a lot of water running underneath the bridge before the market gets actual news.

What’s up next week?

The UK macroeconomic calendar has nothing relevant to offer next week, which means that speculative interest will continue waiting for Brexit-related headlines to move the Pound in one or other direction. The FOMC Meeting’s Minutes and the Jackson Hole Symposium will be closely watched as policymakers would likely center on economic growth developments. In the US, the preliminary estimates of Markit PMI for August will also catch investors’ eyes. 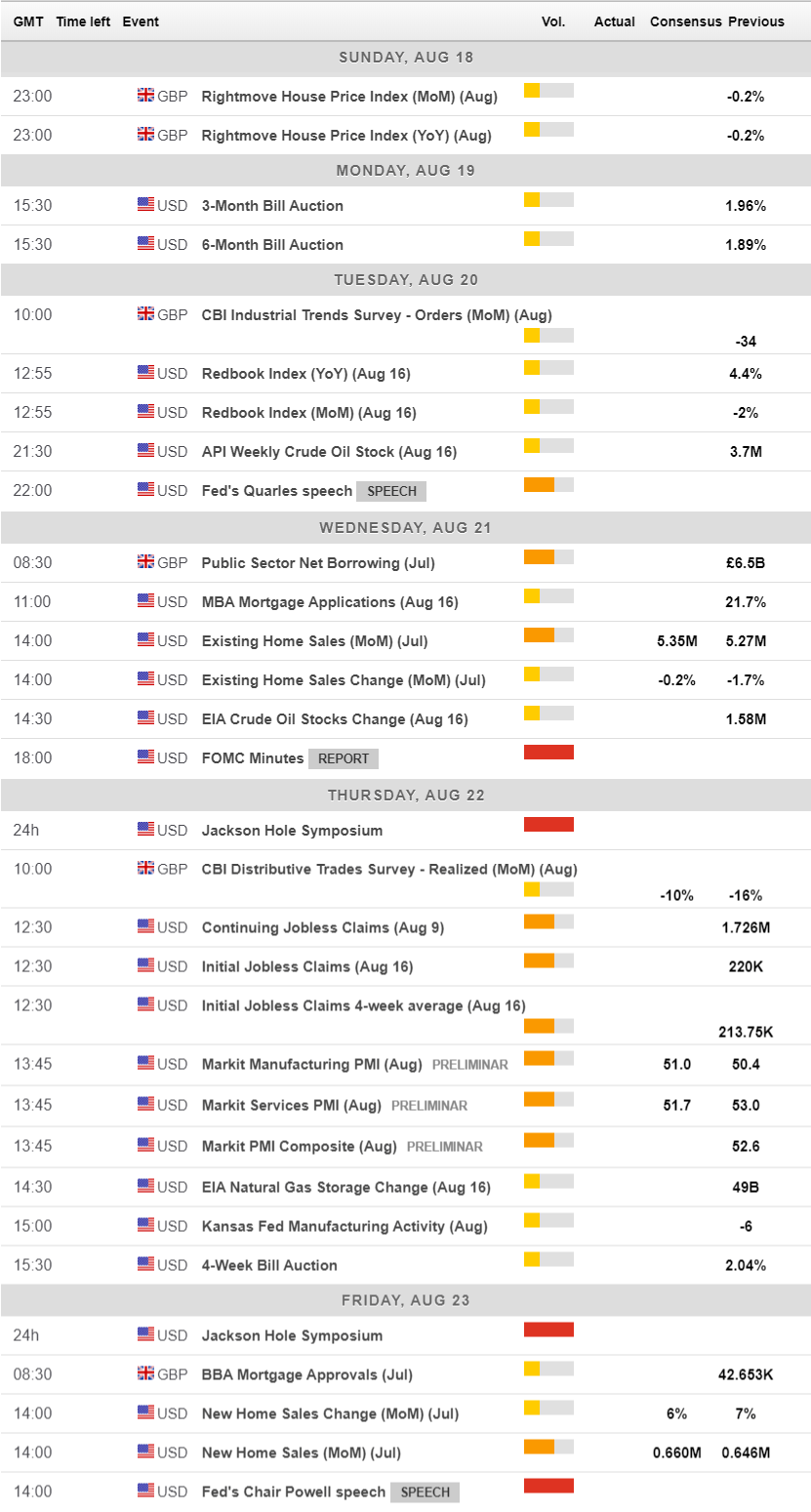 The GBP/USD weekly chart shows that, despite closing with gains, the pair set a lower low at 1.2014, a level that was last seen in January 2017, and a lower high of 1.2174. The movement seems corrective as the pair has fallen steadily in the previous fourth weeks. In the mentioned chart, moving averages maintain their bearish slopes, with the 20 SMA accelerating its slump below the larger ones, although over 500 pips above the current level. Technical indicators have bounced just modestly from oversold territory, well short of suggesting more gains ahead.

In the daily chart, technical indicators have posted a firmer recovery, but still, they are developing below their midlines, while a bearish 20 DMA offers a dynamic resistance at around 1.2205, where the pair also has some relevant highs from late July/early August.

A recovery beyond that 1.2205 is likely in corrective mode, particularly if the market perceives fewer chances of a hard Brexit. However, the trend is bearish, and sellers could take their chances at higher levels. The next relevant resistance is 1.2250, July 31 high, with a break above this last favoring a steeper recovery. Supports, on the other hand, came at 1.2100 initially, with a break below it favoring a downward extension toward 1.2014, this year low. 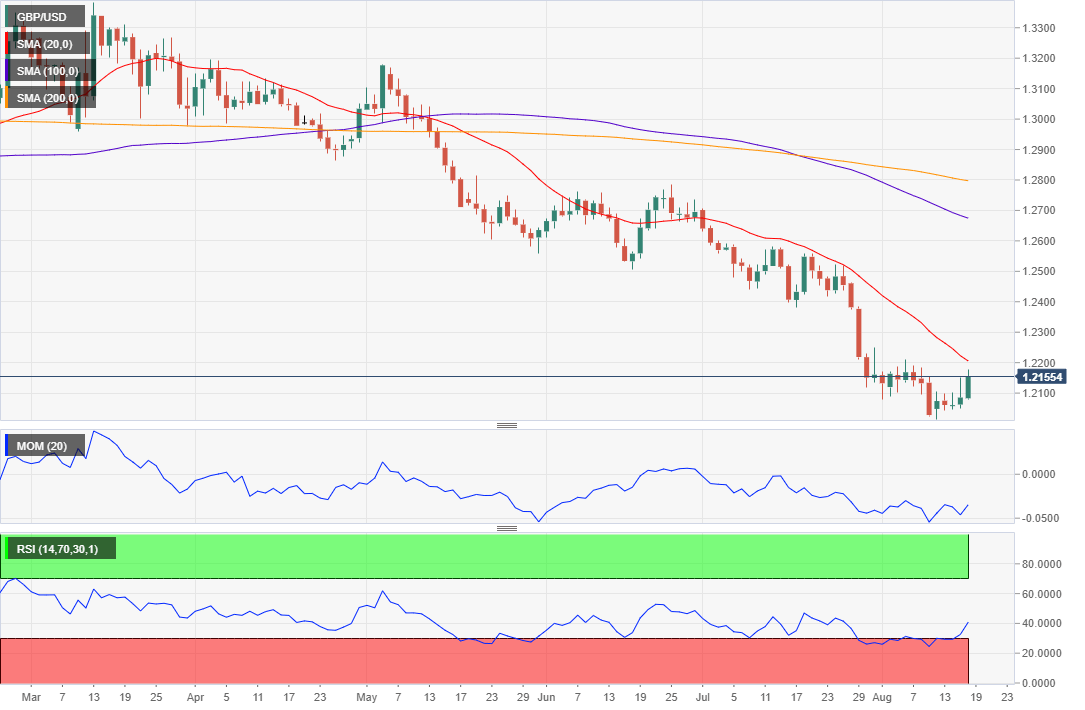 The FXStreet Forecast Poll suggests that the Pound may continue recovering these next few days, with the sentiment in fact positive for all the three time-frames under study. However, in the monthly and quarterly views, the number of bulls remains below 50%, with most traders then taking a neutral-to-bearish stance.

Uneven views about the outcome of Brexit remains, as optimistic investors see the pair close to 1.33 in three months, probably pricing in a deal while more pessimistic traders are looking for levels as low as 1.15.

The Overview chart shows that the bounce could be short-lived, as, in the weekly view, the most targets accumulate just above the current level, while in the monthly view, they are lowered toward 1.2000.