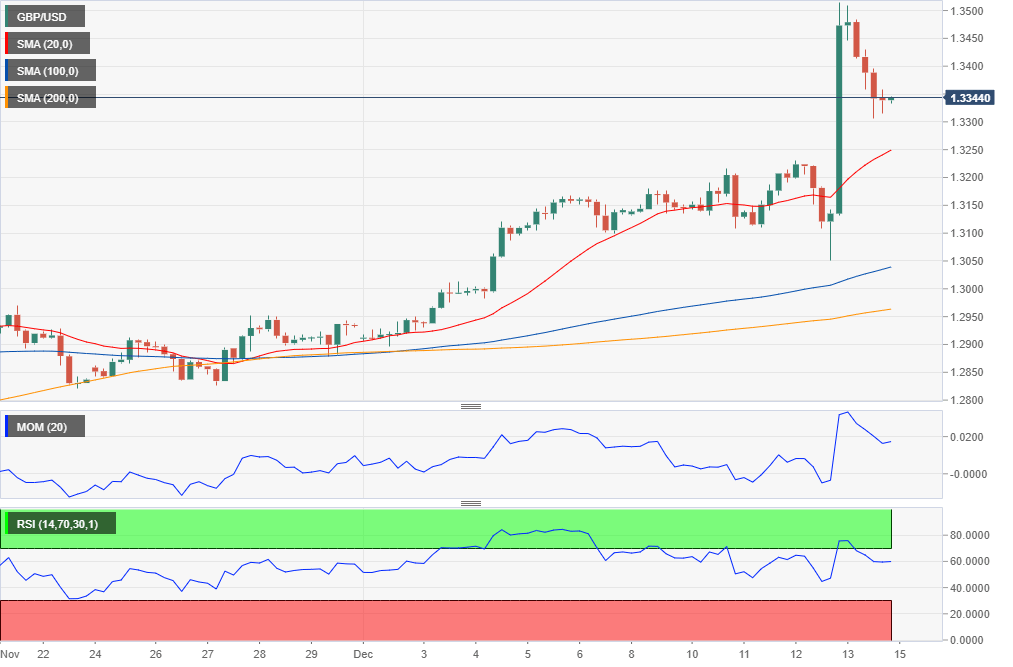 The GBP/USD pair reached 1.3515 last Friday, a level last seen in May 2018, after UK PM Boris Johnson’s Conservative Party won the UK general election. The party got 364 seats, more than enough to pass the Brexit deal through the Parliament. Labours got just 203 seats, resulting in leader Jeremy Corbyn apologizing for the defeat and saying that he won’t lead his party into another election. PM Johnson said that Brexit is now “irrefutable” and should get done. There’s a good chance that PM Johnson will submit his deal to the Parliament before the year-end. The pair eased throughout Friday amid a resurgent dollar and profit-taking, ending the week with substantial gains above the 1.3300 threshold.

At the beginning of the week, the UK will release the December Rightmove House Price Index, while Markit will release the preliminary estimates of the UK Manufacturing PMI and Services PMI, seen slightly better than in November but still within contraction levels. Next Thursday, Queen Elizabeth will do the so-called Queen’s Speech and will detail all the bills the government plans to enact over the coming year.

The GBP/USD pair is bullish according to the daily chart, as, despite the sharp retracement from multi-month highs, the pair is trading around its former yearly highs. Technical indicators in the mentioned chart maintain their upward slopes within overbought levels, while the pair is further above a firmly bullish 20 DMA.  In the 4-hour chart, technical indicators retreated from extreme levels but stabilized well into positive ground, while the pair develops far above all of its moving averages, all of which skews the risk to the upside.