One step down, now two steps up? GBP/USD has been making its way higher after retreating from the peak earlier on, and this upswing has a solid base.

UK COVID-19 cases have extended their decline, and seem to be on the verge of breaking below the 20,000 infections/day barrier. They stood at 50,000 several weeks ago. Despite the increase in deaths from the deadly disease, it seems that Britain's reopening had little effect on spreading the virus. 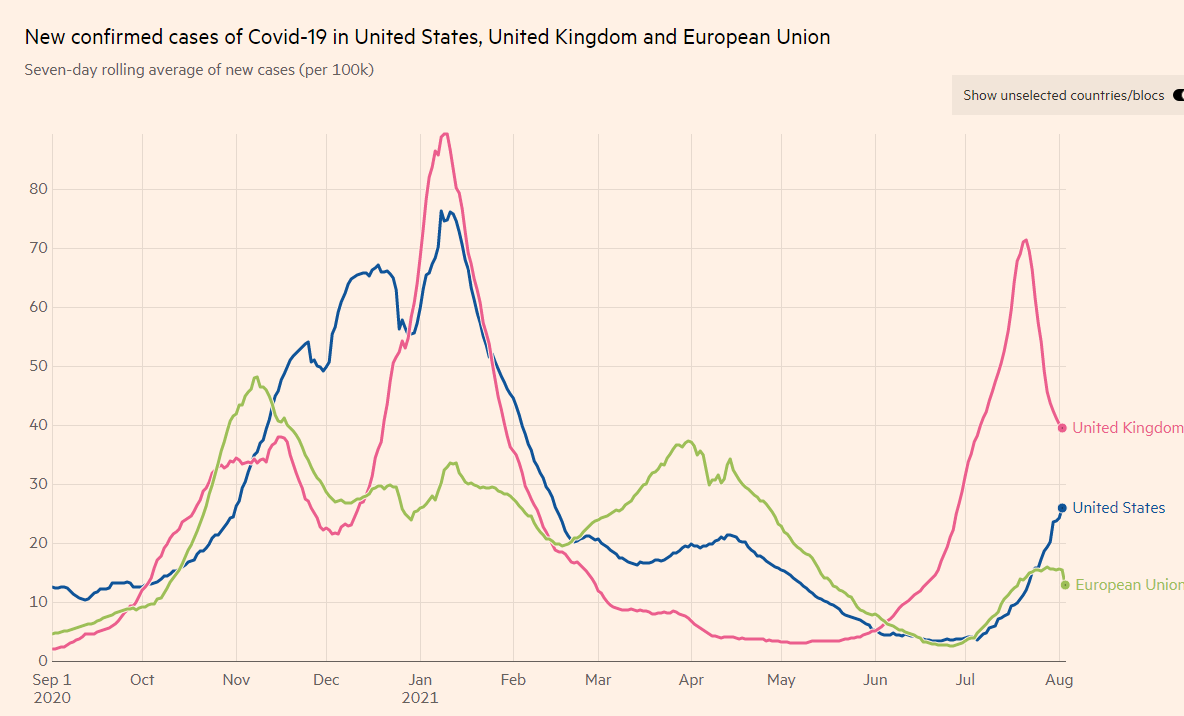 Another positive development is the upgrade to Markit's Services Purchasing Managers' Index. The final read shows a score of 59.6, up from 57.8 originally reported. This improvement comes despite supply-chain issues and personnel shortages.

The focus now shifts to the US, which awaits two top-tier releases. The ADP Nonfarm Payrolls report provides a snapshot of private-sector hiring that is seen as an indicator toward Friday's official report – despite a weakening correlation between the two. An increase of 695,000 positions is expected.

The ISM Services PMI is predicted to remain above 60, reflecting strong growth in America's largest sector. However, a miss in the ISM Manufacturing PMI implies the services gauge could also drop. Investors will be eyeing the Employment component as another NFP clue.

Last but not least, a speech by a high-level Federal Reserve official could also rock markets. Vice-Chair Richard Clarida is scheduled to speak about the economy and could provide insights into the bank's thinking about tapering its bond-buying scheme.

Overall, the trend is positive, but cable needs an impulse from somewhat moderate US figures and dovish Fed comments to continue advancing.

Pound/dollar is holding above the 200 Simple Moving Average on the four-hour chart, a bullish development. Downside momentum has all but vanished.