Time to find other things to worry about? Investors have recently been anxious about the rapid spread of the Delta COVID-19 variant in the US, Europe, and Southeast Asia. These concerns replace ones about inflation getting out of control and forcing the Federal Reserve to tighten sooner than later. There are signs to be optimistic.

One of the main drivers of higher US prices came from prices of used vehicles – the cost of an average clunker hit a record high of $25,000 in late June. Roughly a third of the worrying 5.4% yearly increase in the headline Consumer Price Index came from second-hand cars.

However, a report by Cox Automotive is showing signs that prices are peaking. According to the company, wholesale prices dropped in the first two weeks of July while retail costs' growth decelerated. The Manheim Used Vehicle Value Index report showed a drop of 1.7% in wholesale prices. 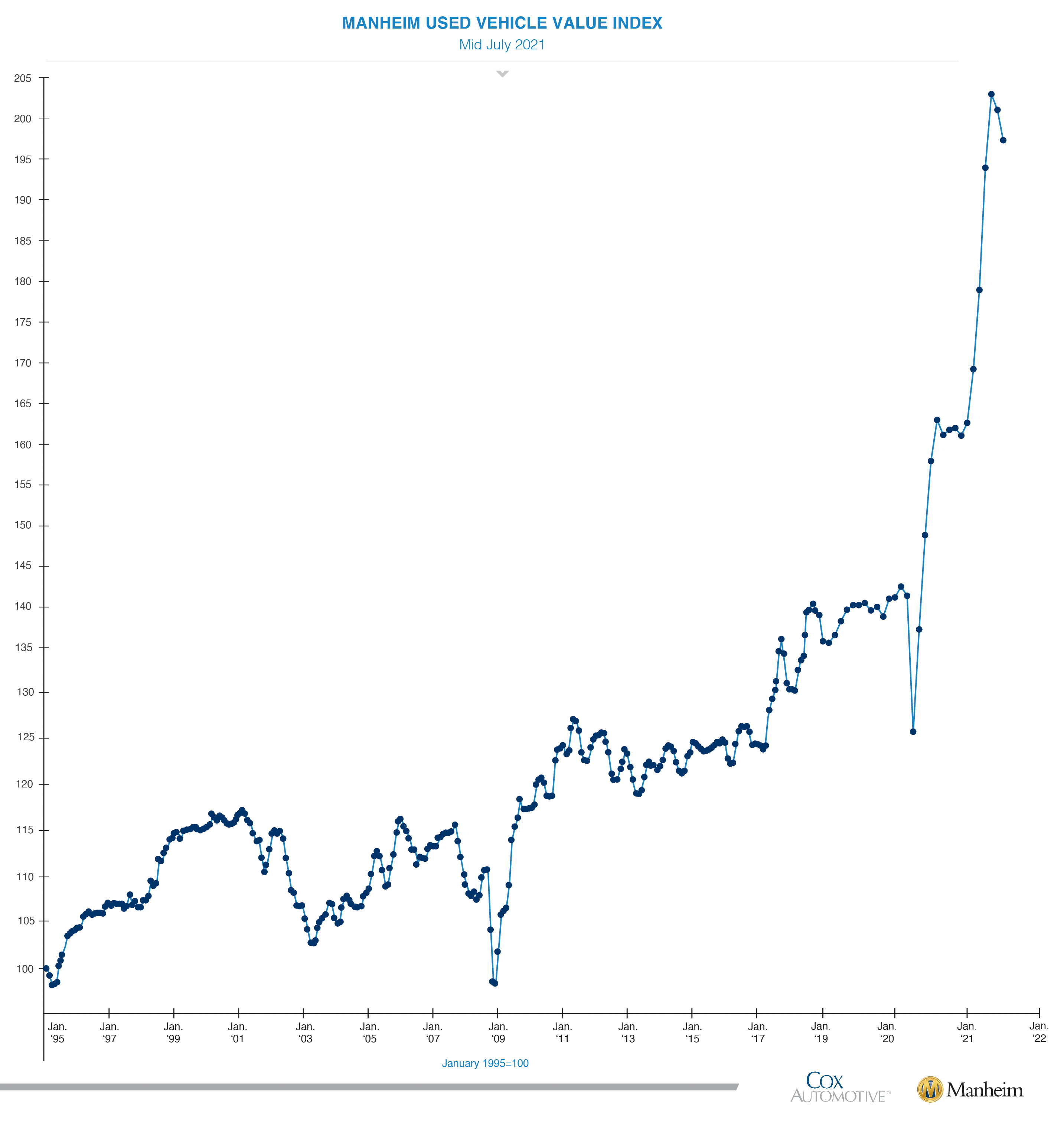 While that does not imply that prices would tumble down – like the collapse of lumber costs – but any stabilization would be welcome.

Prices of used cars have risen as Americans return to travel and also due to the lack of supply of new vehicles. The main production showstopper came from the global ship shortage – new cars heavily depend on semiconductors.

According to US Commerce Secretary Gina Raimondo, CEOs of large automakers told her that they are starting to receive more chips and the situation is improving. Raimondo brought chipmakers and carmakers together, and "banging their heads" seemed to have contributed to higher trust.

The administration is also putting pressure on Malaysia and Vietnam to designate the semiconductor industry as an essential one. The Delta strain is running through these countries, causing workers to fall ill, attend to loved ones and self-isolate. By deeming work on these critical components as essential – like medical workers–  production could go on at a faster pace.

TSMC, the Taiwan-based semiconductor giant, promised to ramp up production, while anecdotal evidence suggests that prices of graphic cards are also climbing down.

Higher chip supply impacts not only the car industry but also many other sectors that depend on computing power. If shortages have peaked out, so will inflation.

Core US inflation is soaring, but perhaps it has peaked:

The Delta COVID-19 variant is far more transmissible than the already contagious Alpha one, which in turn, spreads more quickly than that original SARS-COV-2 virus. India was the first to suffer from Delta, with heartbreaking stories of people dying from shortages in oxygen.

It has since spread all over the world, prompting the US CDC to revamp its guidance to wear face masks indoors, under certain conditions. Israel, with one of the highest vaccination rates, is also suffering from an increase in cases after nearly eradicating coronavirus.

Britain, which has close ties to India, was one of the first countries to struggle with Delta and decided to delay its grand reopening of the economy by one month. However, it seems like the first Western country to see infections falling at a similarly rapid clip to the one they rose. The UK reported seven consecutive days of falls in cases. 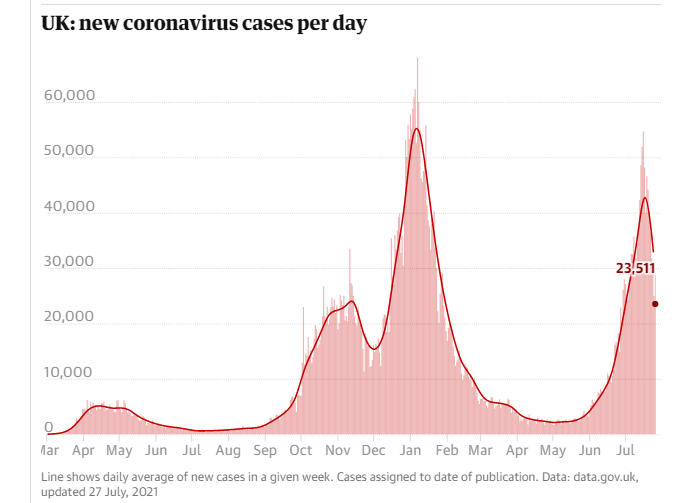 After topping 50,000 new daily infections, the most recent figure for a workday is 23,511, a sharp decline. Caution is warranted – the impact of "Freedom Day" on July 19 is yet to be reflected in the spread of the disease and hospitals are still struggling. Moreover, the UK's vaccination rate exceeds that of the US and Europe.

However, Britain's story provides hope that with broad immunization, even this contagious variant has its limits – and not in the distant future.

While prices of cars, supply of chips and covid developments are all highly uncertain, markets move first, ask questions later. A cooldown in prices allows the Fed to prolong its accommodative monetary policy for longer by keeping its bond-buying scheme at an elevated rate of $120 billion/month. That is adverse for the dollar, and a boon for stocks.

If chip supply chain issues are indeed alleviated, most equities will be winners, as they would be able to meet demand and earn more cash.

Hopes that this is the last wave of covid for those countries with vaccination rates is also a boon to markets and to a risk-on mood – which is unfavorable for the dollar.

There are reasons to be optimistic on inflation, supply-chain issues and covid, opening the door to dollar falls and stock gains.

Update: At the time of writing, Pfizer has said that it had produced a Delta-focused covid vaccine shot. That is also a reason for optimism.