Is inflation coming? The ugly phenomenon which bedeviled the world in the 20th century is now on investors' minds as the US is set to open its wallet to massive expenditure. President Joe Biden is working hard to promote his $1.9 trillion covid relief bill which may be approved as early as next week.

While markets want more money, considerable fiscal stimulus means higher chances that the economy overheats and the prices rise. Moreover, elevated debt issuance by Uncle Sam has caused a sell-off in Treasuries, pushing yields on ten-year bonds to 1.30%, the highest post-pandemic level. In turn, that makes the dollar more attractive.

Will this reflation/inflation trade continue boosting the greenback? Not so fast. The assumption of higher inflation assumes the economy is running hot – but Retail Sales figures for January may provide a reality check. Economists expect a rebound in early 2021 after two disappointing falls over the holiday,s but that may not necessarily be the case.

Perhaps the more significant event awaiting investors on Wednesday is the Federal Reserve's meeting minutes. It is essential to note that these are not raw protocols from the late January meeting but rather a carefully revised document that takes market responses into consideration. The world's most powerful central bank will likely continue disregarding fears of inflation.

After years of trying to stay ahead of the curve and hit inflation's perceived shadow before seeing it, the Fed changed its tack in 2020 and now prioritizes reaching full employment – even at the expense of seeing inflation. The bank is likely to reiterate its commitment to low rates and its bond-buying scheme, which means keeping yields – and the US dollar – in check.

If the dollar's rally has its limits, can the euro take advantage of it? The common currency has been the laggard among its peers, mostly due to the old continent's sluggish vaccination campaign. Apart from signs of a pick-up in inoculations, covid cases are falling, especially in Germany and Spain.

Investor confidence also remains high, as seen in the German ZEW Economic Sentiment figure released on Tuesday. While the locomotive of the eurozone is struggling now, the future looks brighter. 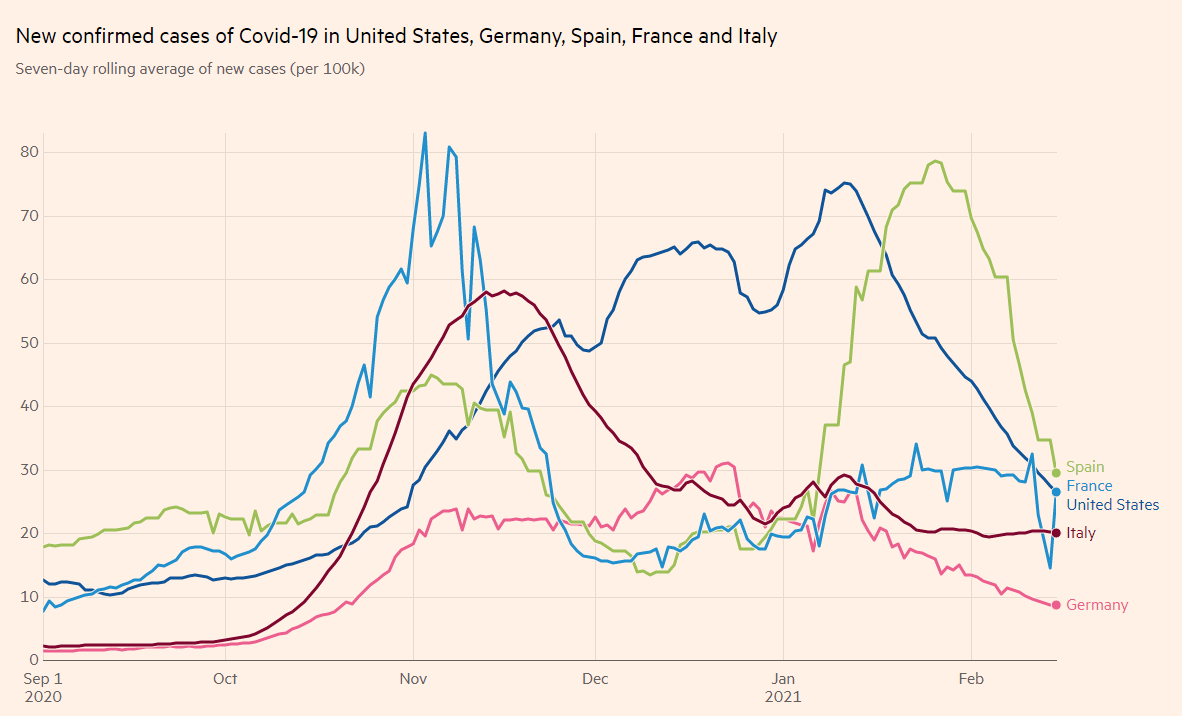 All in all, the world's most popular currency pair has room to bounce after the fall.

Euro/dollar has dropped below the 50 and 100 Simple Moving Averages and momentum has turned to the downside. These bearish signs are may push it to the critical support at 1.2055, which separated ranges in early February. At that point, the Relative Strength Index may dip below 30, entering oversold conditions.

Some resistance awaits at 1.2110, which provided support last week, followed by 1.2150, a swing high from the same time. Further above, 1.2165 is Tuesday's high and serves as an upside target.