Americans will resume spending in January but it will not be enough to rescue the holiday season or to save many hard-pressed business from failure after a year of pandemic restrictions and closures.

Retail Sales and the holidays

Over the decades the American holiday shopping season, which used to last a month from Thanksgiving to Christmas, has expanded to a quarter of the year. Stores offer early discounts in November, promotions, sales and last minute deals in December and close-outs and remainders in January, incorporating a white sale tradition that goes back to the 1950s.

Many retail firms rely on holiday sales for a good portion of their profits. In popular conception the term “Black Friday” referred to the sales on the day after Thanksgiving that brought the accounts of businesses into the 'black', that is profit, after covering costs.

Despite the reliance of the retail sector on holiday receipts, negative months and seasons are not unknown.

With Retail Sales off 2.1% in November and December, ex-autos down 2.7% and the Control Group plunging 3% and the forecast increases in January all 1% or less, it is likely that the entire 2020 holiday season will be a loss for the nation's retailers.

This year, however is not a normal one of retrenchment after a poor season. Many stores, large and small especially those without a internet presence, are at the verge of failure after a 12 months of recurring lockdowns, limited traffic and consumer unease.

It is unknown how many will survive into the hoped-for recovery into second and third quarters but further bankruptcies and unemployment seem certain.

This minimal return and the more than 10 million unemployed almost a year after the great collapse began last March is not going to inspire consumers that the job market has returned to its excellent condition before the pandemic.

Initial jobless claims have slackened from their surge to 856,5000 in January, dropping to 793,000 in the first week in February and expected at 775,000 in the second. Yet the reversal will not reinstate the steady improvement that halted in December nor will it convince unemployed workers that a job is waiting in the spring.

Nothing is more important for Retail Sales and consumption than the state of the labor market.

The 26.6% rebound from the March and April lockdown sales collapse 22.9% in March and April lasted two months, ending in June. The 1.03% monthly average of July, August and September coincided with the continuing rehiring and the retreat of the virus in the summer. The negative final quarter matched the fall return of the virus, the slowdown in NFP and the jump in layoffs as some states went back to lockdown and business restrictions.

Having been burned once by the optimism of the summer, US consumers are likely to wait for proof that the economy under the new administration can return the million of unemployed to work before resuming their spending habits.

The US dollar received a strong push from interest rates on Tuesday as the 10-year Treasury had gained almost 10 basis points to 1.287% by the early New York afternoon. 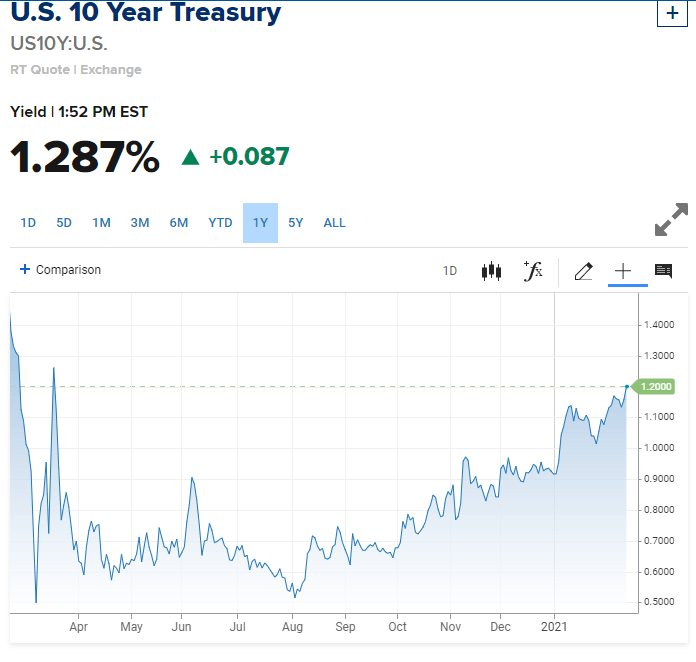 While the long-term aspect of the dollar is tied to the health of the US economy, the rush higher in yields anticipates that recovery, even if it may take until the summer for the consumer to join in. 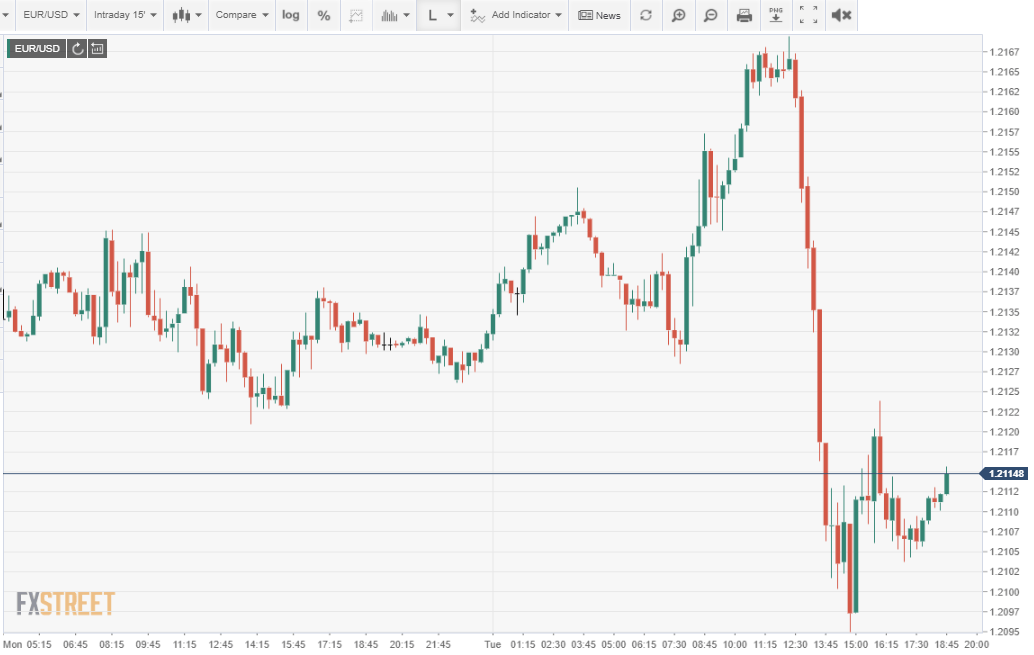