The Federal Reserve had followed a clear and consistent monetary policy for almost a year, zero rates, bond purchases and fiscal support from the government until the labor market has fully recovered and the economy is humming again.

In his latest evocation of the central bank outlook to the Economic Club of New York last week, Chairman Jerome Powell suggested that any increase in inflation could fall prey to they slowly recovering labor market. He noted that the actual unemployment rate as defined by folks who want but are unable to find work is probably closer to 10% rather than the official 6.3% rate.

“The recent improvements in the labor market have not put unnecessary upward pressure on inflation as expected, in fact inflation has not even continued to rise to 2%. We have every reason to believe that, had it not been for the outbreak, the labor market could have strengthened further without triggering a worrying rise in inflation,” observed Mr Powell in his speech.

If the tightest job market in half a century before the pandemic struck the United States in March with a 3.5% unemployment rate, was not generating inflationary wage pressure as employers competed for scarce labor, then the current state is certainly no threat.

US Unemployment Rate (U-3) 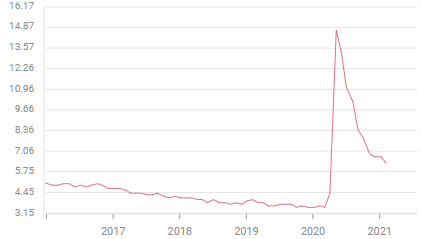 “We will continue to buy $80 billion of Treasuries and $40 billion of mortgage-backed securities (MBS), each month until substantial progress is made on maximum employment and price stability goals," Mr. Powell repeated last week.

The edited record of the January 26-27 meeting will be useful in three areas.

First it should denote the governors' views on the slowdown in hiring in December and January. Specifically, whether it was a function of the reimposed lockdown in California and restrictions in other states or a more endemic problem related to the retreat in consumer spending in the fourth quarter and the gradual erosion of retail and service jobs as the business failures in those sectors continue unabated.

Second, the discussion may elucidate the members' thinking on the criteria for tapering bond purchases and a possible schedule for reduction. Any mention of a time frame beyond the vaguest notion of sometime in the future is highly unlikely, as markets would treat it as a prediction.

Finally, markets will be most interested in the governors' view on rising interest rates.

From the December 16 close of the prior FOMC meeting at 0.92% to end of the January 27 meeting the 10-year Treasury had gained nine basis points to 1.01%. Or, to put it more accurately, the Fed had acquiesced in the increase by not using the bond purchase program to prevent it.

In the three weeks since, the 10-year Treasury has added 30 basis points to close on Tuesday at 1.31%. That is the highest yield for this benchmark government debenture since February February 26 last year, before the Fed began its historic pandemic intervention. Whatever the governors views on appropriate market rates were in late January are doubly relevant now. 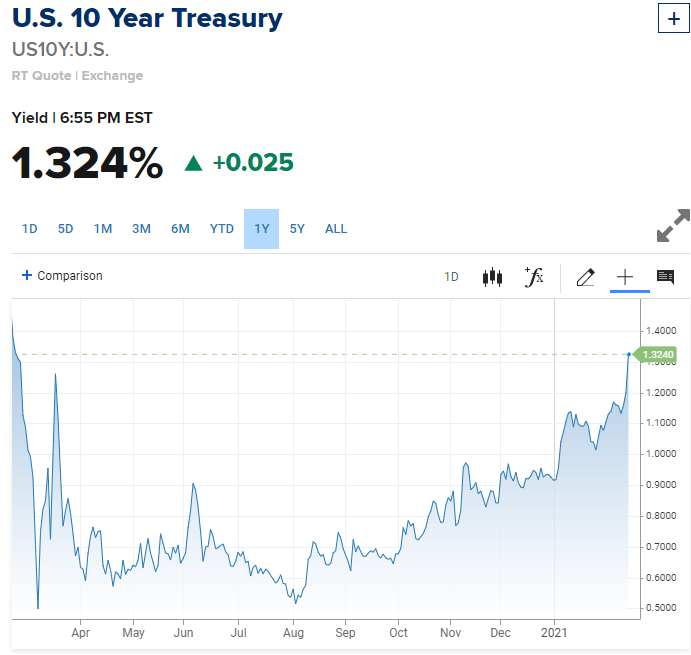 The recent rise in US interest rates is a double function, equal parts market intention and Federal Reserve permission.

Credit markets believe that the US recovery is approaching and as it picks up speed yields will move higher. 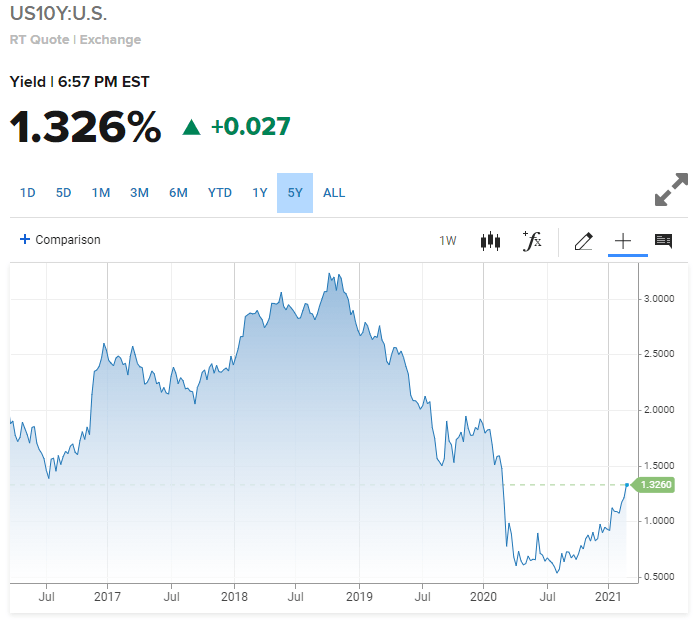 The increase in US Treasury yields has been the primary logic behind the dollar's recent gains. 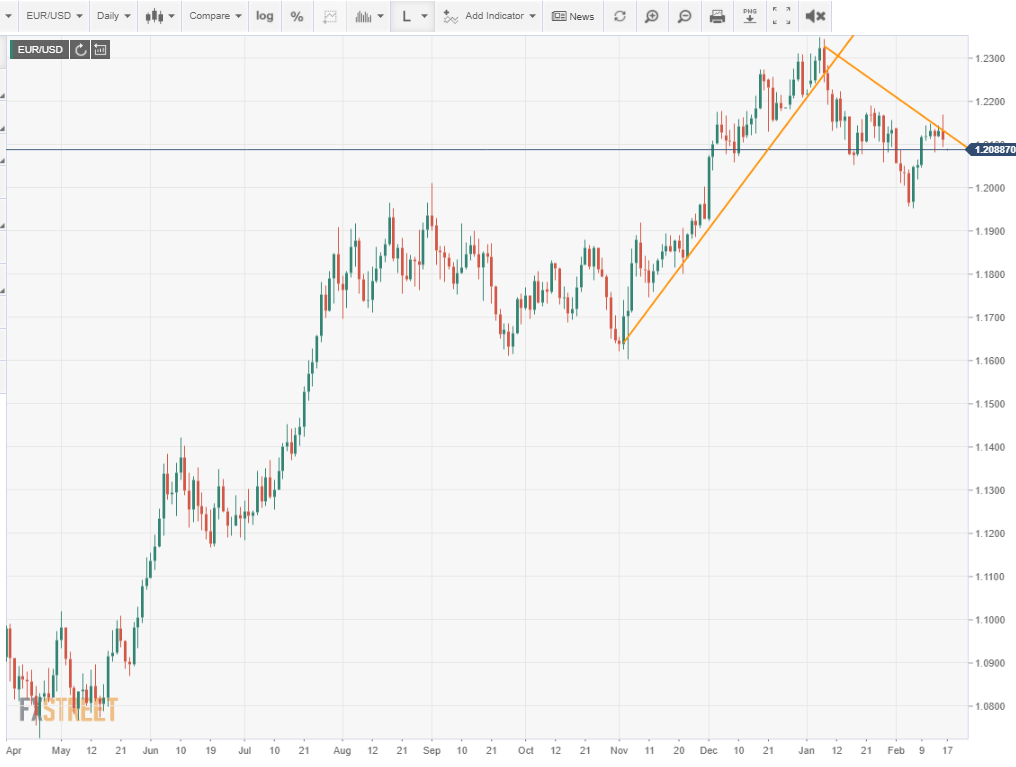 Will the Fed draw a line on the rise in interest rates and where? There is no more pertinent question for the financial and currency markets at the moment. If the FOMC minutes are unlikely to provide an answer, even a hint could send markets running.