The Bitcoin price rallied above $61,000 as demand for the digital currency rallied. Other digital currencies like Ether and Binance Coin also rallied. This week, the focus will be Coinbase, the biggest digital exchange in the United States that will go public on Wednesday this week through a direct listing. This will be the first exchange to become a publicly traded company. Its performance in the public markets will likely have an impact on Bitcoin and its peers. Analysts expect the company to be valued at more than $70 billion in the public markets. It has more than 56 million users and more than $223 billion of assets on its platform.

US futures declined slightly as traders positioned for the upcoming earnings season. This week, major companies like Citigroup, JP Morgan, and Wells Fargo will start reporting their earnings. In general, analysts expect the results to show that American companies earnings rose by more than 24% in the first quarter because of the $900 billion and $2.4 trillion stimulus package. Stocks are also falling ahead of the latest US inflation numbers that will come out tomorrow. These numbers will likely have an impact on the bond market and stocks.

The euro rose after the relatively strong EU retail sales numbers from the Eurozone. In total, the overall retail sales in the bloc rose by 3.0% in February after dropping by 5.2% in the previous month. This growth was better than the median estimate of 1.5%. Still, the sales dropped by 2.9% on a year-on-year basis, an improvement from the previous decline of 5.2%. The euro also rose after the media reported that the EU is considering ramping up the vaccine rollout process.

The EUR/USD rose to an intraday high of 1.1910, which was slightly higher than Friday’s low of 1.1867. On the hourly chart, the pair moved above the 25-day and 15-day moving averages and the important support at 1.1870. The Awesome oscillator and the MACD have also moved below the neutral lines. Therefore, the pair may keep rising as bulls target the upper side of the channel at 1.1930. However, a drop below the support at 1.1870 will invalidate this trend. 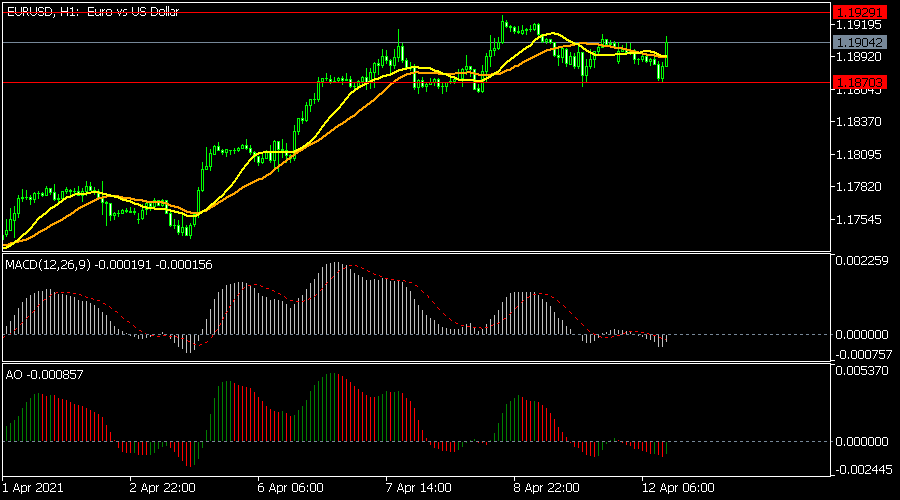 The BTC/USD price rose to a high of 61,295 ahead of the Coinbase listing. On the four-hour chart, this price is slightly above the important resistance at 59,612, where it had struggled to move above before. The pair is also above the short and medium-term moving averages while oscillators like the DeMarker and RSI are rising. It will likely keep rising as traders attempt to move above the all-time high of almost 62,000. 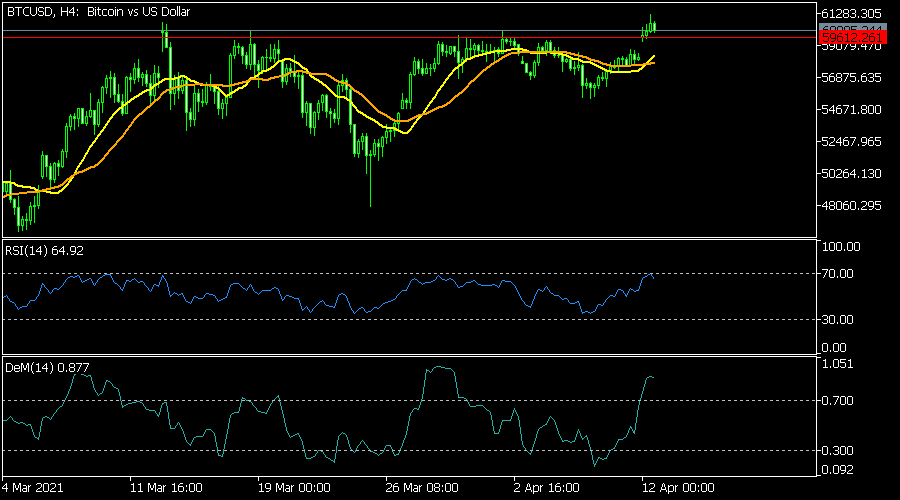 The USD/CHF pair declined today ahead of the US inflation data. It is trading at 0.9240, which is close to the lowest level since March 24. The price has also moved below the 25-day and 15-day moving averages while the RSI has moved from the oversold level of 19 to the current 34. The pair is also forming a head and shoulders pattern whose left shoulder is at 0.9380. Therefore, the pair may soon rebound to form the right shoulder. 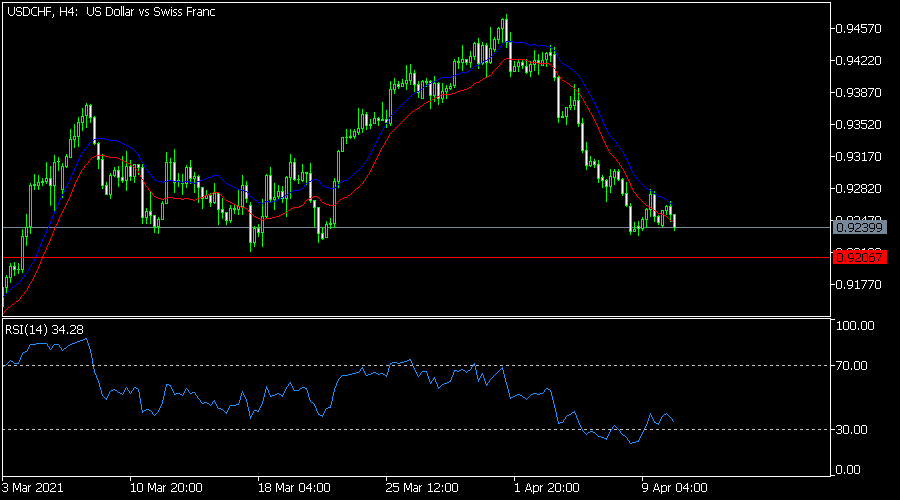 XAU/USD 4-hour support is a hurdle for the bears

The price of gold is trading at $1,836.81 at the time of writing and is up on the day by some 0.30%. The bulls, however, are backing off on what could be profit-taking as the US dollar stabilises within a narrow range on Monday vs a basket of major currencies.  DXY is flat and has stuck to a 90.0420/3390 window.