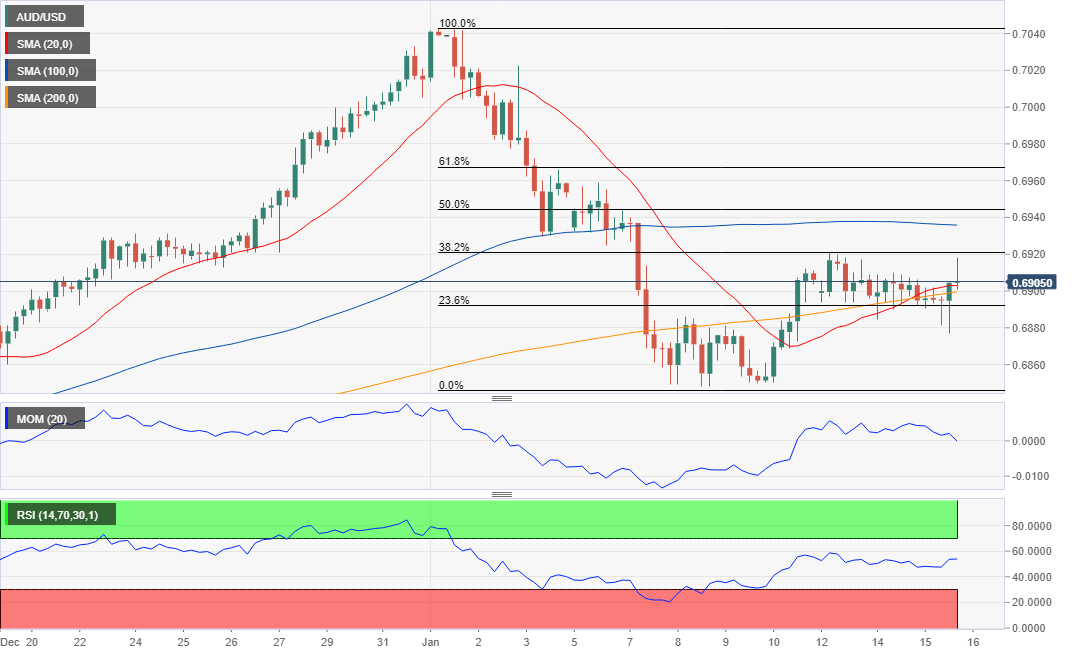 The AUD/USD pair recovered from a daily low of 0.6876, but once again was unable to extend gains beyond a critical Fibonacci resistance level at around 0.6915. The daily behavior indicates that the Aussie remains among the weakest currencies, as the pair was unable to advance despite dollar’s weakness and Wall Street rallying to record highs.  Australia didn’t release relevant macroeconomic data but will publish November Home Loans, foreseen up by 0.4% and Investment Lending for Homes during the upcoming Asian session. China, on the other hand, will unveil minor money figures.

The AUD/USD pair settled just above the 0.6900 figure retaining its neutral stance in the short-term and according to the 4-hour chart, as it remains contained by moving averages, with the 200 SMA providing support at around 0.6885. Technical indicators, in the meantime, recovered from weekly lows, but lost momentum after reaching their midlines, now turning back south.