The AUD/USD pair is finishing a second consecutive week with losses, currently trading around 0.6800, recovering from 0.6769. The Aussie tumbled Thursday following the release of Australian employment data, as the economy lost 19,000 positions, against expectations of 15K new jobs. The largest decline was in full-time employment, which declined by 10.3K. The unemployment rate ticked higher as expected to 5.3%, despite the participation rate remained steady at 66.1%.

The news came after a Wednesday´s report showing stagnated wages’ growth, which was modestly up but well below trend since 2012. According to the official release, wages were up by 0.5% in the quarter, and by 2.2% YoY, below the previous 2.3%, also missing the market’s forecast.

Chinese data released these days added pressure on the commodity-linked currency, as Industrial Production was up by 4.7% YoY in October, well below the expected 5.4% and the previous 5.8%, while Retail Sales in the same period rose by 7.2% also below the market’s forecast and the previous reading.

Trade tensions between the US and China didn’t help. Both economies continued discussing conditions to reach a deal, and while representatives’ words are encouraging, there is no clear definition just yet. Anyway, US officials are confident a deal is almost done, according to Friday’s headlines, which are barely enough to prevent the AUD’s collapse.

In the upcoming days, the RBA will release the Minutes of its latest Meeting while the PBoC will decide on rates.  The Australian Commonwealth Bank will release the preliminary estimates of Services PMI and the Manufacturing PMI for November, seen at 53.5 and at 49.8 respectively. 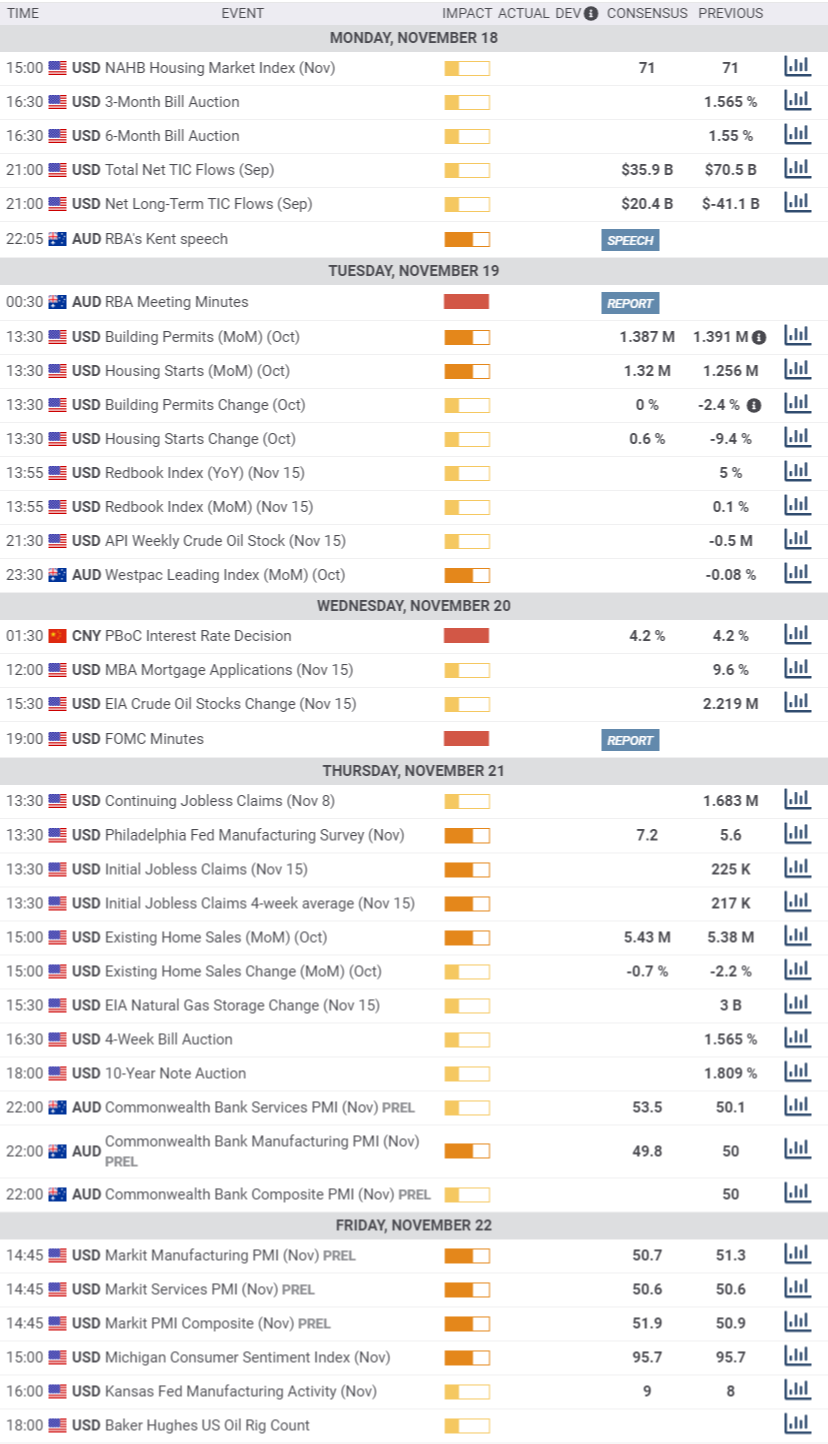 The AUD/USD pair remains under pressure according to the weekly chart, as it’s back below a bearish 20 SMA, while technical indicators resumed their declines, the Momentum around its mid-line and the RSI firmly into negative territory.

In the daily chart, and despite the latest recovery, the pair is also trading below all of its moving averages, while technical indicators hover within negative levels, lacking clear directional strength.

The 0.6770 has proved to be a strong support level in the past, and a break below it would expose the yearly low, 100 pips below it at 0.6670. Advances will likely continue meeting selling interest around 0.6900. 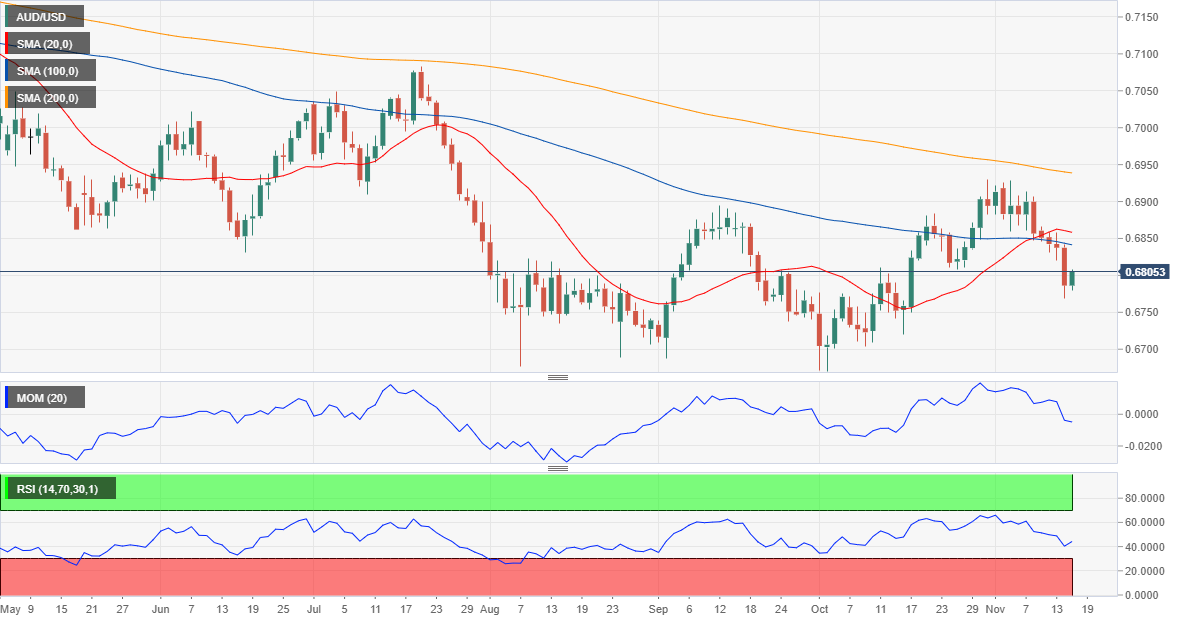 The FXStreet Forecast Poll shows that investors are expecting the pair to remain afloat, with the sentiment clearly bullish but the average targets barely holding above the 0.6800 threshold. With a few exceptions, the pair is seen spending the next months in a 300 pips’ range between 0.67 and 0.70.

In the Overview chart, the short-term moving averages are mildly bullish, turning flat in the longer-term perspective, with the largest accumulation of possible targets around the current level. The medias rather indicate that the market is just waiting for a catalyst to resume selling.

USD/JPY Forecast: The Fed remains in focus with the minutes, outlook turns bearish