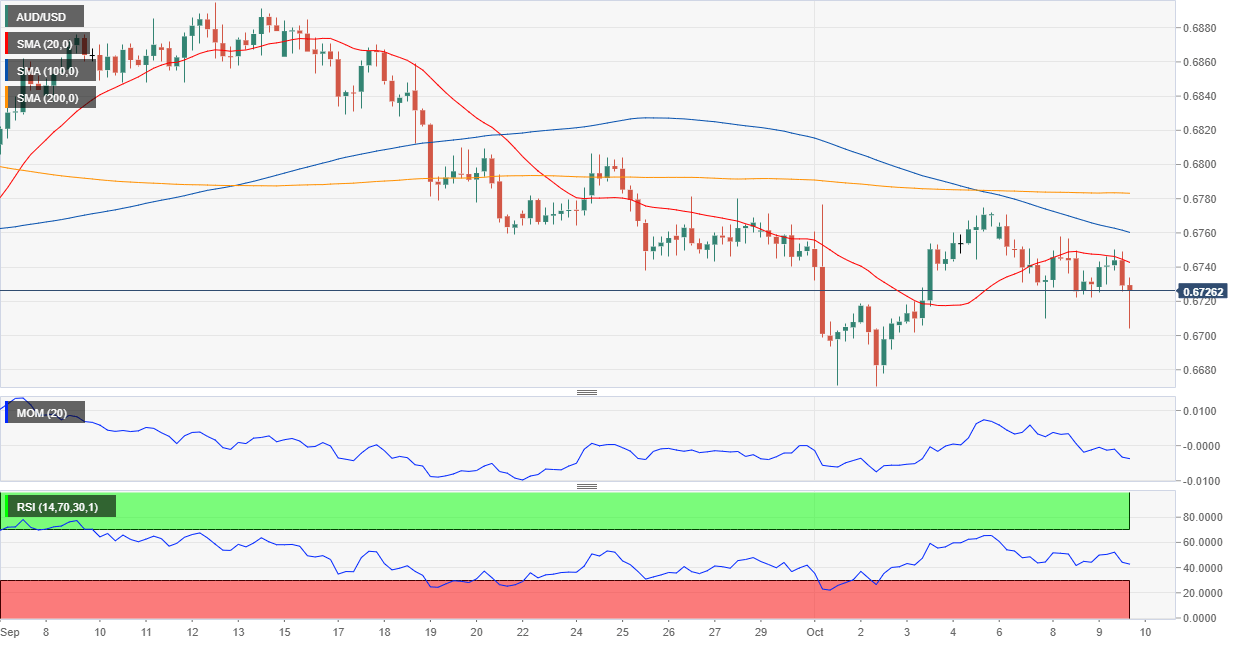 The Australian dollar attempted to recover some ground against its American counterpart, but once again closed the day little changed around 0.6730. The intraday advance was the result of positive headlines related to the US-China trade relationship, as there were news making the rounds indicating that China is open to a partial trade, despite US’s administration latest actions against the country.  However, plummeting consumer confidence in the country limited the advance, as, according to Westpac, the index fell to -5.5% in October from -1.7% in September. The greenback strengthened against its Australian rival despite US indexes solid close.

Australia will release October Consumer Inflation Expectations during the upcoming Asian session, foreseen at 3.2% from the previous 3.1%. The country will also release August Home Loans, seen up in the month by 0.2% after adding 5.0% in the previous month.

The AUD/USD pair keeps struggling to hold above a Fibonacci support, the 23.6% retracement of its September slide, after correcting toward the 50% retracement of the same slump by the end of last week. The risk is skewed to the downside, according to the 4 hours chart as the intraday advance was contained by a bearish 20 SMA which keeps heading south below the larger ones, as technical indicators remain within negative levels, the Momentum heading south and the RSI stable at around 44.