Early Tuesday, the UK’s Office for National Statistics (ONS) will release the January month Claimant Count figures together with the Unemployment Rate in the three months to November at 07:00 AM GMT. Although the UK’s unlock announcement, unveiled the previous day, keeps GBP/USD traders hopeful amid a quiet session, bulls need to gain another positive surprise from the British economics to stay on the bull’s radar.

The UK labor market report is expected to show that the average weekly earnings, including bonuses, in the three months to December, grew from the previous 3.6% to 4.2%, while ex-bonuses, the wages are seen improving from 3.6% to 4.0% during the stated period.

The number of people seeking jobless benefits, namely the Claimant Count Change, recovered to 7K in December while the key jobs figure is expected as +35K for January. Further, the ILO Unemployment Rate challenges upbeat signals of the employment data as forecasts suggest an uptick to 5.1% from 5.0% during the three months ending in December.

Readers can find FX Street's proprietary deviation impact map of the event below. As observed the reaction is likely to remain confined around 20-pips in deviations up to + or -2, although in some cases, if notable enough, a deviation can fuel movements over 60-70 pips. 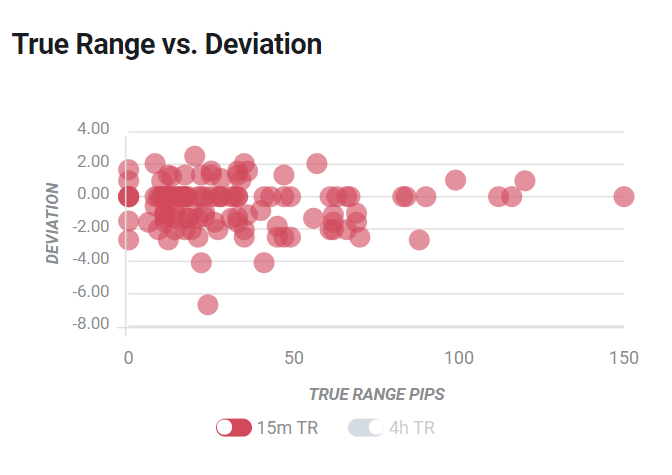 How could they affect GBP/USD?

GBP/USD takes the bids around 1.4085 while teasing the previous day’s multi-month top near 1.4086 ahead of the London open on Wednesday. In doing, the sterling buyers justify the optimism concerning Britain’s gradual recovery from the pandemic. Also supporting the mood could be the recent positive data concerning Inflation and Retail Sales. It should, however, be noted that the bulls are chained ahead of the key speech from Fed Chairman Jerome Powell, bi-annual testimony.

Following the unlock guidelines, cable buyers are optimistic and hence any further economic optimism could easily refresh the 34-month top to eye the 1.4100 round-figure. Though, the data impact could be compromised by the traders’ wait for Powell. It’s worth mentioning that the options market is the most bearish a week and hence any negative data will have its repercussions at the multi-month top.

Technically, the cable bulls have gained a pass to the 2018 top ever since they crossed a horizontal area comprising multiple highs marked since May 2018. Meanwhile, pullback moves can eye the 1.4000 threshold but January tops near 1.3750 can challenge the GBP/USD sellers.

GBP/USD Price Analysis: Bulls on the move for seventh week, eyes 2018 peak ahead of UK jobs

The UK Average Earnings released by the Office for National Statistics (ONS) is a key short-term indicator of how levels of pay are changing within the UK economy. Generally speaking, the positive earnings growth anticipates positive (or bullish) for the GBP, whereas a low reading is seen as negative (or bearish).