Here is what you need to know on Thursday, October 6:

Equity markets remain on the up and up after a massive two-day rally earlier this week. That was expected to retreat on Wednesday, and initial signs were not good with most indices being down 2% in the first half of the day. Concerns over oil prices and the effect on inflation naturally hit sentiment, but traders returned from lunch in a bullish mood and lifted stocks to close almost flat on the day. This morning it is more of the same with futures once again indicating a lower open while yields tick higher. It is likely to be a low-volume day ahead of the big employment report on Friday. That will then set the pivot brigade up as hopes are high for a slowdown.

US futures are lower: S&P, Nasdaq, and dow making my job of typing easier by all being down 0.4%.

Apollo (APO), Twitter (TWTR): Apollo and Sixth Street are no longer in talks with Elon Musk over Twitter financing.

Blackrock (BLK): Louisana will pull $794 million out of its funds, according to the state Treasurer.

Peloton (PTON) cutting more jobs, CEO Barry McCarthy tells WSJ it has another 6 months to sort itself out or may not be viable as a standalone firm. 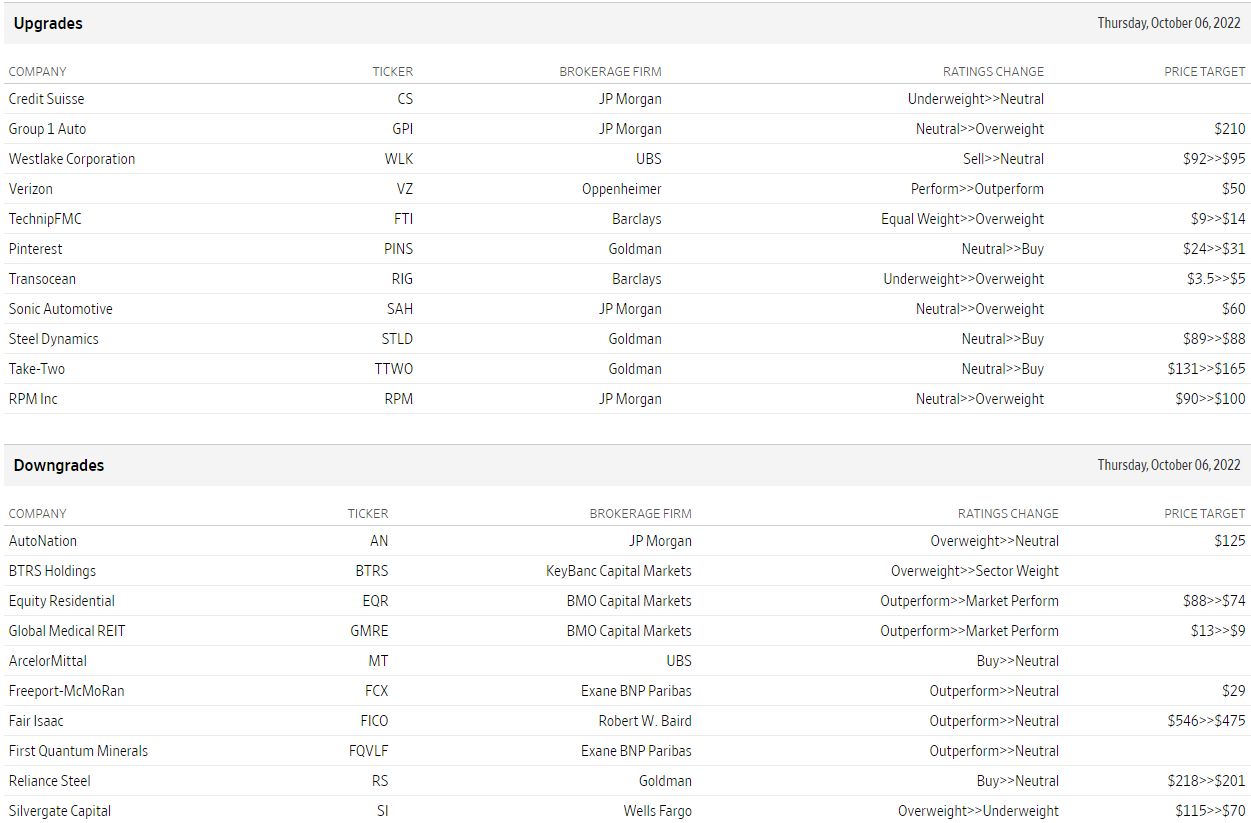