The Mexican peso dropped across the board in the currency market amid rising tension between the US and Mexico. Mexico’s president, Enrique Peña Nieto, canceled a planned meeting with US President Donald Trump over, in the US, after Trump insistence that Mexico will pay for the border wall.

“This morning we have informed the White House that I will not go to the meeting scheduled for next Tuesday with @POTUS,” Peña Nieto tweeted, announcing the decision.

From best to worst

USD/MXN jump to 21.35, hitting a fresh daily high. The rally changed the tone of the pair that earlier was trading below 21.00 for the first time in three weeks. It bottomed at 20.86, the lowest since January 3.

At the moment, is trading at 21.28, still down for the week but the recent reversal could signal the end of the bullish correction of the Mexican peso, that is taking place since last week, when it started to recover after hitting record lows (USD/MXN at 22.03).

Earlier today the Mexican peso was among the top performers in the currency market. 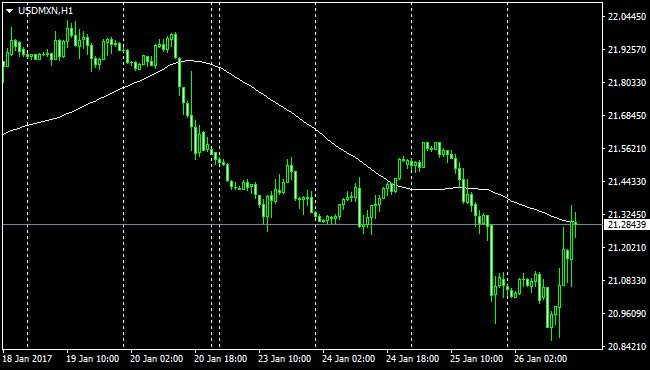 Will Delta derail the economic recovery?

The Friday payrolls data in the US is going to dominate the relative importance of data releases this week, even if it shouldn’t because July conditions were still in transition and then complicated by the Delta surge.