USD/JPY has been picked up by the bulls at a discount and is on the verge of a significant bullish correction according to the following multi-timeframe analysis: 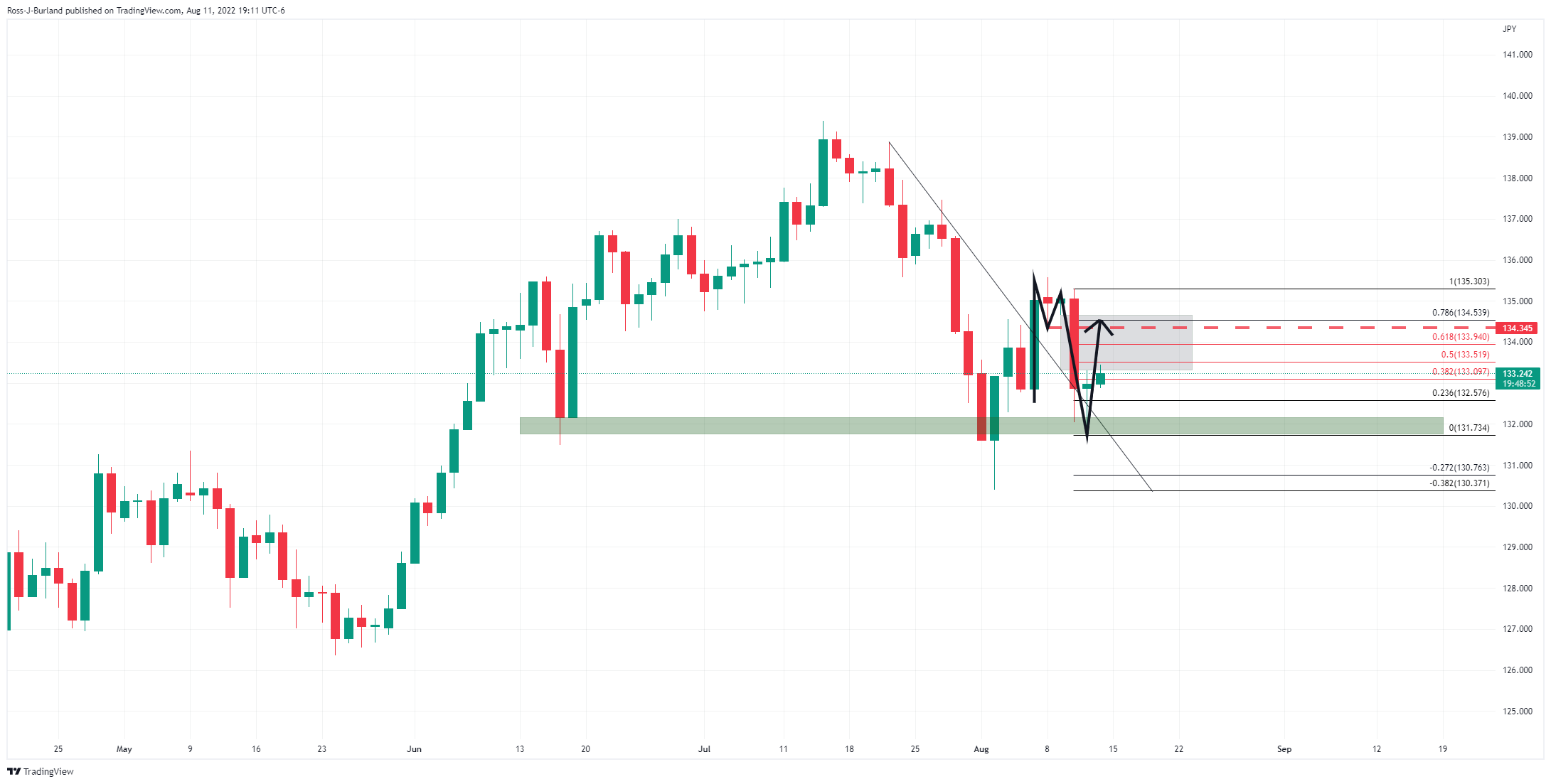 The M-formation is a reversion pattern that has a high probability of playing out in that the price is more than often attracted back into to test the neckline as illustrated above.

This gives rise to a prospect of a bullish correction that can be monitored from a lower time frame, such as the 15 min chart, as follows: 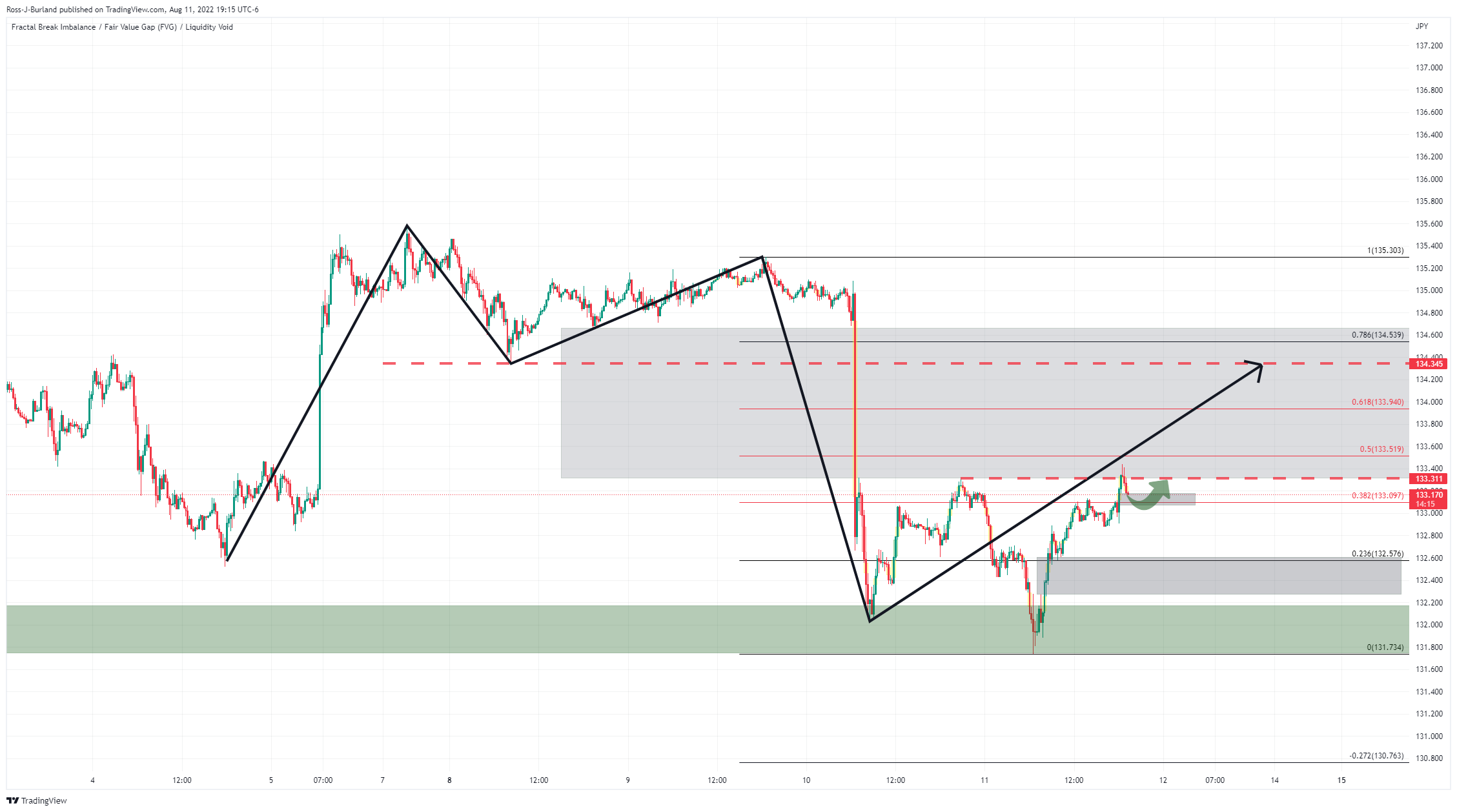 The price has been accumulating and is breaking the upside resistance structure near 133.30. 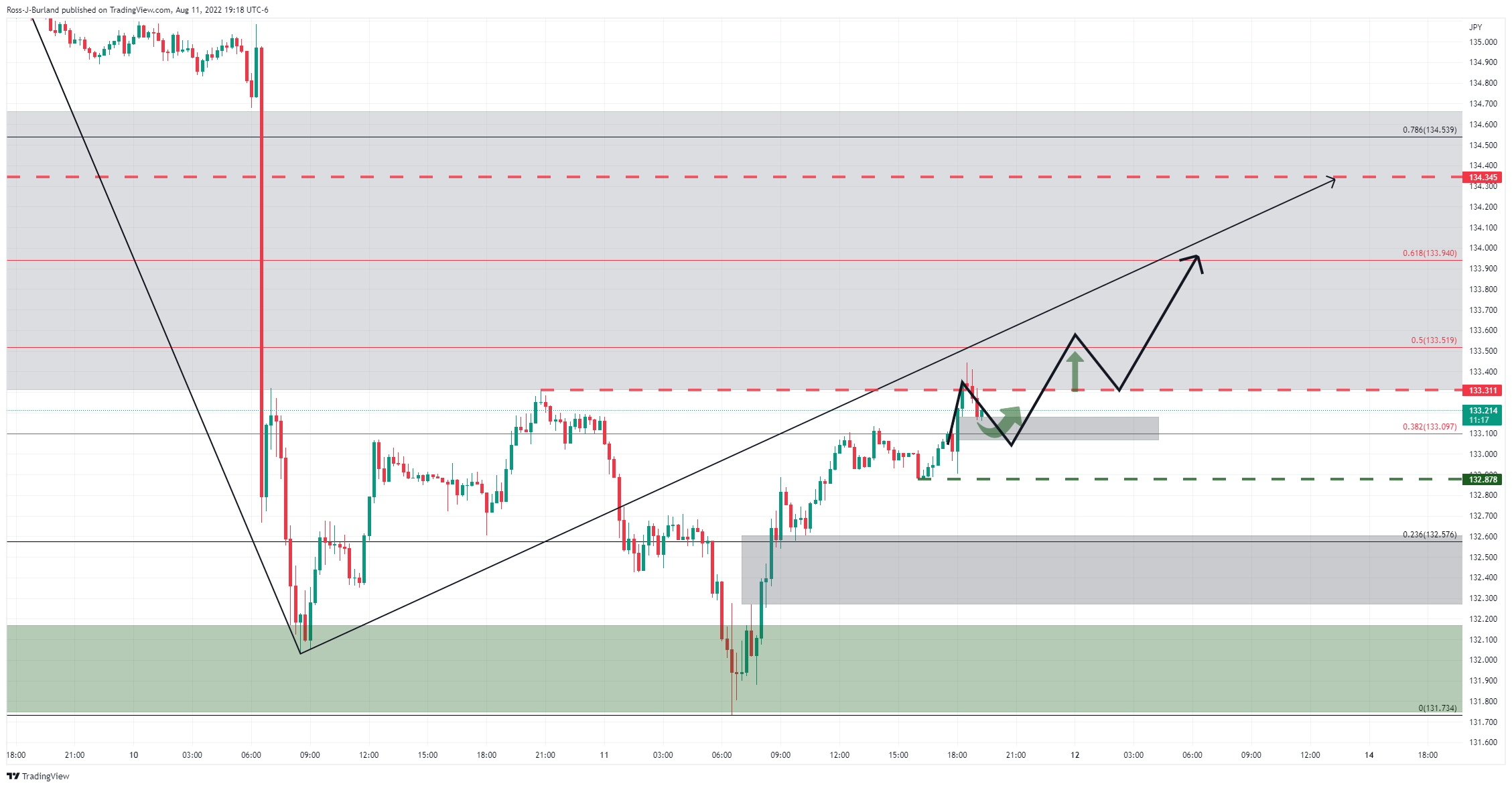 It is pulling back in a correction to mitigate the price imbalance below the recent highs but bulls could well be attracted from support which would likely see the price extend beyond the resistance for the day ahead. A continuation of the breakout could see the price move in on the neckline before the day is out for a test above 134 the figure.